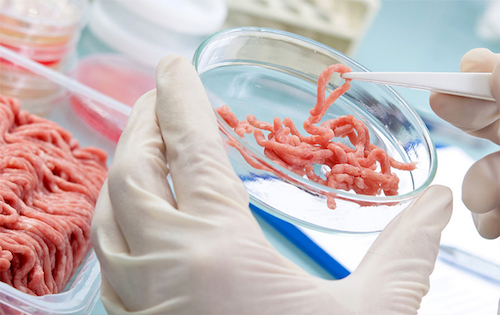 In November of 2015, I was asked to speak on the future of agriculture in Auckland, NZ along with some of the leading authorities on food innovation. One of the other speakers was Dr. Mark Post, founder of Mosa Meats in Maastricht, Netherlands, who created the first lab-grown hamburger.

We had several conversations over the two days we spent together, but I remember Mark saying that his goal was to get the price of his specialty meat down to $100 a pound, a price point that would keep most people from even considering it.

As I listened to him describe the science in great detail, spending eight weeks growing meat in a vat, I naturally assumed he had overlooked the entrepreneurial factor. A well-staffed innovative startup team has a way of rewriting the original assumptions that an emerging technology is founded on.

That’s exactly what happened. Mosa Meat’s team recently announced they have produced lab-grown beef for $11.36 per pound, down from $44 per pound last year.

Even though it’s still not commercially available, within two years it will be cheaper than ranch grown meats, and that’s where things get very interesting because a number of industrial pivots will kick in, opening the doors to a vast new set of industries. 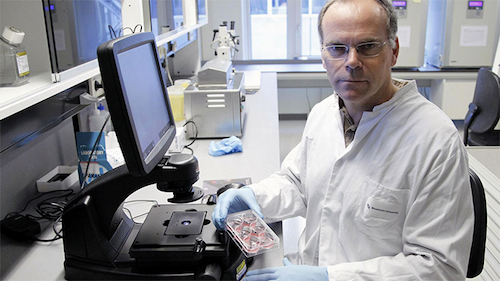 Cultured meat is known by many names – synthetic meat, cellular agriculture, cell-cultured meat, clean meat, and in vitro meat – but it refers to meat grown in cell cultures instead of inside animals.

In 1931 Winston Churchill first brought up the idea saying, “We shall escape the absurdity of growing a whole chicken in order to eat the breast or wing, by growing these parts separately under a suitable medium.”

With several science fiction stories and academic papers setting the stage, a 1998 U.S. patent filed by Jon F. Vein laid claim to the “production of tissue engineered meat for human consumption, wherein muscle and fat cells would be grown in an integrated fashion to create food products such as beef, poultry and fish.”

In 2008, PETA offered a $1 million prize to the first company to bring lab-grown chicken meat to consumers by 2012.

In November 2009, scientists from the Netherlands announced they had managed to grow meat in the laboratory using the cells from a live pig.

In 2010, Google co-founder Sergey Brin’s family foundation reached out to Dr. Mark Post to support his efforts in developing cultured meat. They also encouraged Mark to create a huge media event where the first cultured hamburger would be tasted, supporting the costs of the research and the event.

By 2012, 30 laboratories around the world were conducting cultured meat research.

In 2013, with a little coaxing from Sergy Brin, Dr. Post made headline news around the world for producing the world’s first lab-grown burger that was cooked and eaten at a news conference in London. The burger was cooked by chef Richard McGeown of Couch’s Great House Restaurant in Cornwall and tasted by Hanni Ruetzler, a food critic and food researcher at the Future Food Studio in London.

Ruetzler described the experience. “There is really a bite to it, there is quite some flavor with the browning. I know there is no fat in it so I didn’t really know how juicy it would be, but there is quite some intense taste; it’s close to meat, it’s not that juicy, but the consistency is perfect. This is meat to me… It’s really something to bite on and I think the look is quite similar.”

That one television event was all it took to signal in a new age of cultured meat, opening the doors to dozens of new startups.

Today we are seeing signs of a race to produce cultured meats along with several other stem cell generated animal products. These biotech startups include:

2.    Clara Foods – San Francisco-based startup that started as the New Harvest Egg Project and was incubated by IndieBio in 2015. Clara Foods is making egg whites from yeast instead of eggs.

3.    Memphis Meats – San Leandro, California startup that made a prototype of a cultured meatball in 2016.

4.    Mosa Meat – Maastricht, Netherlands startup that is an outgrowth of Mark Post’s cultured burger, which was tasted in London in 2013.

5.    Gelzen – San Francisco-based startup that was incubated by IndieBio in 2015. Gelzen is developing a proprietary protein production platform that uses bacteria and yeast to produce gelatin

9.    Beyond Meat – Hong Kong based startup focused on plant-based meats.

11. Muufri – San Francisco-based startup that started as the New Harvest Dairy Project and was incubated by IndieBio in 2014. Muufri is making milk from yeast instead of cows.

12. Afineur – Brooklyn-based startup using biotechnology and smart fermentations to improve the nutritional profile and taste of plant based food, starting with craft coffee.

13. Impossible Foods – California startup developing plant-based meat and dairy products made without animals. In July 2016, Impossible Foods introduced the “Impossible Burger,” a burger that “looks, cooks, smells, sizzles and tastes like conventional ground beef but is made entirely from plants.”

14. Spiber – Japanese-based company decoding the gene responsible for the production of fibroin in spiders and then bioengineering bacteria with recombinant DNA to produce the protein, which they then spin into their artificial silk.

15. Bolt Thread – California-based company creating engineered silk fibers based on proteins found in spider silk that can be produced at commercial scale. Bolt examines the DNA of spiders and then replicates those genetic sequences in other ingredients to create a similar silk fiber. Bolt’s silk is made primarily of sugar, water, salts, and yeast, which combined forms a liquid silk protein.

17. New Harvest – Non-profit research institute dedicated to the field of cellular agriculture, focused on the development of animal-free eggs, milk, meat, and more.

Standard techniques involved in genetic engineering, such as insertion, deletion, silencing, activation, or mutation of a gene, are not required to produce in-vitro meat. Moreover, in-vitro meat is composed of a tissue or collection of tissues, not an organism. For these reasons it is not a GMO (Genetically Modified Organism).

Religious groups are still trying to decide how cultured meats fit with their theology. Jewish leaders are still debating whether cultured meat is kosher (food that may be consumed, according to Jewish dietary laws). Similarly Muslim scholars have stated that cultured meat may be allowed by Islamic law if the original cells and growth medium were halal (fits within the moral boundaries of Islam). 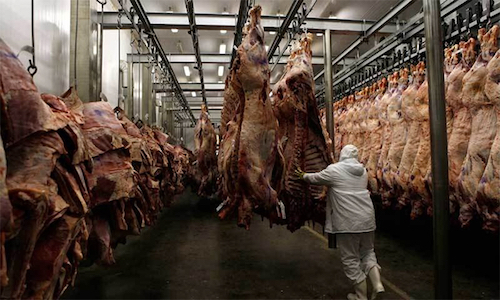 The stage has been set for some truly profound changes as urban agriculture expands in some new and interesting ways. As with all of my predictions, the intent is for you to draw your own conclusions.

1. By 2020 over 1,000 laboratories will be conducting research on cultured meats. Virtually every country will jump onto the bandwagon wanting to gain a foothold in this rapidly growing industry.

5. By 2030 over 50% of the general public will give a favorable rating to cultured meats. A number of high profile tasting competitions and endorsements by nutritional experts will trigger widespread cultural acceptance.

6. By 2030 over 50% of vegetarians will accept cultured meats as an suitable food source. There are many reasons why people are vegetarians – nutritional concerns, parental influence, religious beliefs, animal rights, environmental concerns, unwanted food additives, economics, disease scares, and other health-related issues. Cultured meats will have answers for most of their concerns.

7. By 2030 thousands of “grow your own cultured meat farms” will spring up around the world. Cellular agriculture will become a hot new buzzword as a new era of food entrepreneurs launch their businesses.

8. Along with these entrepreneurs will come a new era of “super hacker foods.” These will be designed around special processes for combining cultured meats, grains, fruits, and vegetables.

9. Cultured meats will also be developed using stem cells from exotic animal like penguins, pandas, rhinos, and wombats. This will open the door for bizarre specialty food stores and restaurants specializing in thousands of different kinds of cultured meats.

10. Over time we will develop cultured meats from extinct animal species like saber tooth tigers, woolly mammoths, and dodo birds. There will be a certain mystique to eating the meat of animals that no longer exist.

11. While it will be a touchy subject for many, we will even see cultured meats developed from human stem cells. From a moral standpoint, some may feel this puts us on the same level as Jeffrey Dahmer, and countries may indeed ban cultured meats grown from human cells, they do have the potential to become a viable food source. 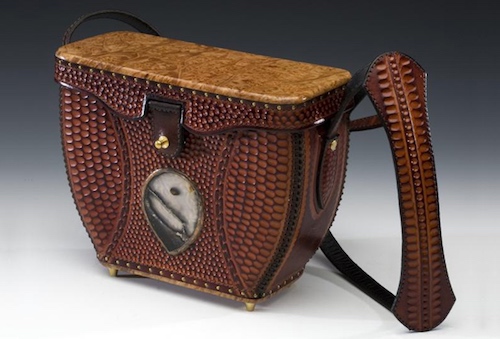 12. Cultured meats will be developed for non-edible materials similar to leathers, plastic, and rubber. Think in terms of exotic materials such as tarantula skin seats, hedgehog jackets, and anteater shoes.

13. Over time we will develop designer materials from the stem cells of famous people. If you can imagine George Clooney handbags, Scarlet Johansen furniture, Kevin Spacey lampshades, or Drew Barrymore wallets you’ll get the picture.

14. We will also begin seeing a number of memorial-type products made from the cells of loved ones. Seat cushions from Aunt Lilly, wall hangings from Uncle Wilber, or a scarf from Grandma Mary.

15. Cultured milk derived from mother’s cells will be considered far superior to other baby foods. These products will compete directly with today’s baby formula industry.

16. Cultured blood will cause today’s blood bank industry to disappear. Cultured baby’s blood, or ‘young blood’ with its anti-aging properties, will pave the way for a variety of “cultured” anti-aging products.

17. Before long we will see cultured hair cells to regrow our hair and cultured skin cells to remove our wrinkles. The fountain of youth will be springing to life in a way we never anticipated.

Over the past few days I’ve discussed this topic with several people at the DaVinci Institute, a discussion that caused many of them cringe at the thought of eating “frankenfood.”

There’s an adoption cycle for every emerging technology and cultured meats are no exception. Reduced environmental stress surrounding ranches, feedlots, and slaughterhouses, coupled with a cleaner, faster, cheaper, and superior food source are all marketing points that will move the needle quickly.

Even some of the large companies in the meat industry are beginning to take notice. It was reported in December that mega processor Tyson had opened a $150 million fund to invest in startups that are preparing for a meatless future.

Even though I haven’t tried it yet, and price is always a delicate topic, the advantages seem quite compelling.

With any luck, and a fair amount of additional funding, the startups listed above will pave the way to a disruptive new future, full of exceptional opportunities.