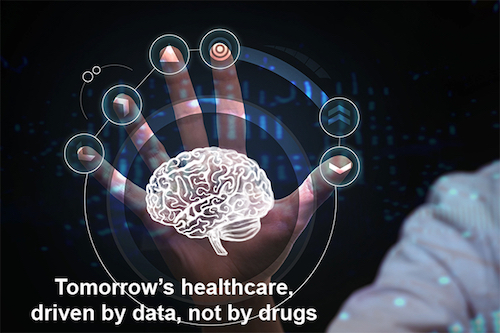 Every 10 seconds, another 17 people die

In the time it takes me to walk across a typical stage for my talks, another 15-20 people will lose their life.

Some die from old age, infectious disease, car accidents, cancer, childbirth, heart attacks, suicide, gunshots, or any of dozens of different causes. The ending of human life is a sobering reality, happening relentlessly, every second of every day.

Whenever I get lulled into a false sense of “this will never happen to me,” I realize this same number begins its countdown every morning of every day. There are no exceptions.

As I was preparing for a recent talk on the future of healthcare, I began questioning, “What’s the role of our healthcare system in this number?”

Is it simply to rearrange the dead, to change the order of how and where some of us will die?

Every baby that’s born into this world comes with an expiration date. We don’t know when anyone will die, but so far, no one has managed to live forever.

As a society, we grieve all of our losses but we abhor premature deaths, all of the ones that could have been prevented. We go out of our way to guard against disease, mending wounds after an accident, and protecting against those who wish us harm.

But then it occurred to me that death might not be inevitable. What if no one ever needed to die?

What if our healthcare system got really good at curing diseases, repairing people after an accident, finding solutions for mental health issues and even deviant behavior? What if we even found the antidote for human aging?

That means no person would ever have to die… EVER!

Should that be the goal of our healthcare system? Well, why not?

Wrapped Up in Bad Assumptions

Whenever we toy with the idea of making death a thing of the past, we instantly leap to the problems associated with over-population.

For this reason, we have a tendency to dismiss the idea out of hand before we ever really consider it.

But shouldn’t that still be our goal?

If we can cure all these things, we can also fix all the problems that cause our quality of life to decline as we age. Wouldn’t it be nice having 80 year olds competing against 20 year olds in the Olympics?

Knowing that the odds of actually achieving this kind of immortality, along with a remarkably better quality of life, may indeed be less than a billionth of one percent, why shouldn’t it still serve as our goal, our moral directive, representing a new kind of Hippocratic oath? 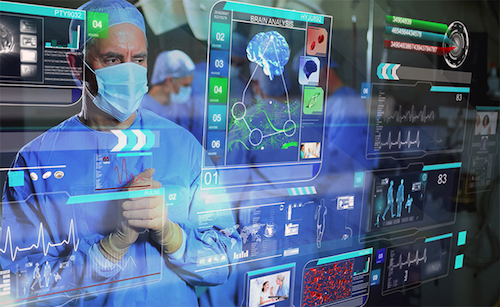 Transitioning from Pharmaceuticals to Data

Healthcare is transitioning from an industry dominated by pharmaceuticals to an industry run on data!

Our progress so far has been measured in millimeters, making it imperative that we truly understand what constitutes progress.

Far too much of our current healthcare system is based on testimonials and one-off feelings of improvement. In most situations we lack the ability to prescribe a remedy based on a thorough analysis of our own hyper-individualized situation.

Over the coming years we will be integrating a host of scanning and sensory equipment in our daily routine.

Rather than having doctors prescribe either 200 or 400 milligrams of a drug because those are the only doses currently being offered by the pharmaceutical companies, we will be moving quickly towards self-diagnostic equipment that will tell us we need precisely 327 milligrams and have a dispensing system capable of producing that exact dosage.

If we can create a system that produces an impartial health diagnosis, we will begin seeing remedies that recommend drug, diet, and exercise alternatives only if and when they represent the optimal solution.

However, this will only happen for a short interim period.

The Promising World of Precision Healthcare

Pharmaceuticals tend to be very crude instruments for correcting the failures of the human body. It’s sort of like using a shotgun to kill a mosquito. It’ll do the job but has the potential to cause a ton of collateral damage in the process.

To explain precision healthcare, I love to use the example of “perfect water.”

We all know that polluted water is bad for us, and that if we distill water and remove all of the so-called impurities, that it’s less than optimal. Somewhere in this entire water spectrum is “perfect water,” meaning it’s perfect for you as an individual, at that particular moment in time.

With over 7 billion people in the world, this would mean there are over 7 billion formulations of perfect water. Complicating it even further, each of these formulations will change every second of every day as the metabolism of the human body changes.

Somewhere in this line of thinking is the level of precision that will be needed for tomorrow’s hyper-individualized healthcare.

Sometime in the not-too-distant future, patients walking into the doctor’s office will first receive a full-body scan, creating a complete data model built around several thousand data points. Any area that gives even the slightest hint of troublesome activity will warrant closer inspection.

For any number of conditions, rather than prescribing medicine as a treatment, doctors will prescribe a device. Devices will have a wide range of purposes ranging from ingestible cams and monitors, to wearable super data-collectors, to body function amplifiers, to pulse correctors, to early warning indicators.

During the transition period it will be a combination of drugs and devices, but eventually most medicinal treatments will be replaced with devices designed around coaxing the body into repairing itself.

Enter CRISPR and the Era of Gene-Editing

CRISPR technology involves a series of DNA reading and editing tools that are being used to solve a wide range of healthcare problems.

The true game changing potential for CRISPR is that it allows scientist to perform cut-and-paste like functions to remove existing or add new gene sequences to our DNA in a way that’s faster, cheaper, easier, and more precise than ever before.

With the cost of DNA sequencing plummeting over 1,000% in the past 15 years, we are on the verge of remapping the source-data that drives all of our bodily functions.

Inside our body lies a multifaceted ecosystem of more than 1,000 distinct types of bacteria. These bacteria include viruses, fungi, and other microorganisms. Altogether they account for over three million genes, making the human genome and its 23,000 genes seem rather tiny in comparison.

To give you an idea of the physical size of these microorganisms, they account for roughly one to three pounds of our body weight and are distributed throughout our body, with the largest concentration found in our gut.

Studies are now showing how our bacterial ecosystem, or microbiome, is connected to our overall health. Abnormalities in our microbiome have been linked to problems with digestion, asthma, arthritis, obesity, food allergies, even neurological disorders like depression and autism.

Researchers are now finding that excessive use of antibiotics, especially as a child, can permanently damage a healthy well-functioning microbiome by destroying healthy gut bacteria, contributing to all these illnesses.

Problems like this are what’s driving scientists to sequence the 3 million genes in a person’s microbiome to understand how each gene is affecting the body, and creating customized bacteria with CRISPR tools being used to inch that person back to health, curing multiple diseases and disorders throughout the process.

The current bottleneck for CRISPR is the computing horsepower necessary to sequence, analyze, and edit the genes. That’s why quantum computing has become such a hot topic, with its ability to perform in seconds all of the complex genetic calculations that require years of data processing with today’s super computers.

However, CRISPR is far from the “cure everything” panacea that many believe. While doctors are lining up to be the first to use CRISPR tech to cure cancer, diabetes, and any number of other disease, there are also many warning of the dangers of contaminating the human germline for all future generations.

As ethicists attempt to formulate an overarching precautionary principle for the Pandora’s box of possibilities that CRISPR is about to unleash, another 151,600 people will die every day that the debate drags on. 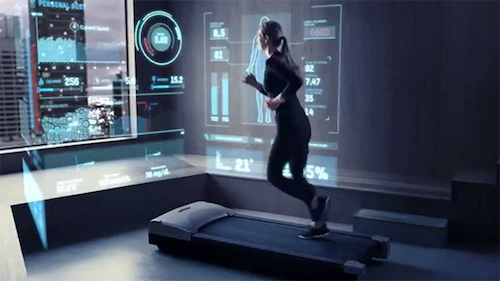 In the future it will no longer be enough to just be healthy. We will demand ways to be physically stronger, more alert, super resilient, exceptionally durable, intellectually brilliant, and so much more.

In much the same way we use coffee and energy drinks to improve alertness today, tomorrow’s gadget market will include a wide selection of tools for “dialing in” some kind of performance enhancer.

It may be as harmless as a music player that anticipates the perfect music for every setting or it could be a bit more risky like making someone’s body temporarily more durable so it can survive a fall from a 20-story building.

With our current struggle to return to “normal” health, we have a hard time imagining what a super body and mind combination would look like, but rest assured, it’s coming.

It would be a mistake to assume that we won’t need doctors in the future. The deeper we probe into the inner workings of human biology, the greater our realization of how little we actually know.

It would also be a mistake to blame doctors for the system they currently find themselves in. Buoyed by the whims of big insurance companies, big pharma, and big government, doctors often end up being the unwitting pawn of other, much larger, agendas.

That said, doctors are about to enter unfamiliar territory, with mountains of data replacing judgment calls, and former ways of doing business simply gone forever. Not all will survive this transition.

There may indeed be a bifurcation of old school and new school physicians, and universities that teach traditional medicine vs. those that teach bioinformatics, data-chemistry, genomic-roadmapping, and cellular manipulation.

But in the end, for those who want to continue learning, and continue probing the farthest reaches of healthcare, doctors will have unlimited opportunities to make a difference in the years ahead.

Should we be content with 151,600 deaths a day being a fact of life, just like gravity and the speed of light? I don’t think so. All rules are made to be broken, and from my perspective, the sooner, the better.

← The Seven Deadly Sins of Machine Intelligence 72 stunning things in the future that will be common ten years from now that don’t exist today →
Tags: future health