78 Skills that will be Difficult to Automate 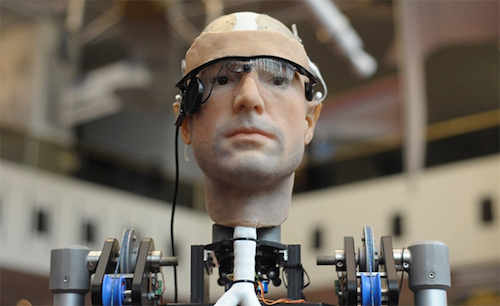 Recently my wife Deb and I were eating at a local sushi restaurant, watching the itamae (sushi chefs) carefully preparing each meal.

In Japan, becoming an itamae of sushi requires years of on-the-job training and apprenticeship.

For this reason, I asked Deb if she would prefer eating sushi that was prepared by humans or the same kind of meals prepared by machines. After thinking about it for a bit, she said that she’d prefer having a human chef because she liked the inconsistencies that go along with having a person at the cutting board.

For her, machines meant perfect consistency and perfectly prepared meals and that was less appealing than a human-centric operation with randomness added to the equation.

The key point here is that when it comes to automation, the marketplace will decide, and the market is not always logical.

In each of these cases, the value of the experience far outweighs the incongruity of decisions being made.

Simply put, we live in a human-based economy, and humans are not always logical. 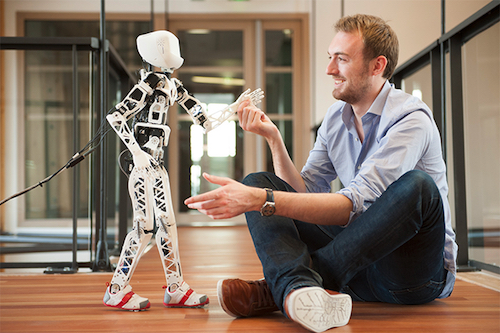 Will a robot’s smile ever be as comforting as a mother’s smile?

If a robot tells you you’re beautiful, will that ever mean as much as when your boyfriend or girlfriend says it?

It’s easy to start listing all the so-called inferior traits that people have. Robots don’t sweat, complain, have to urinate, take breaks, get angry, or make mistakes.

However, humans come with a number of positive characteristics to offset all the negative ones. We can also be friendly, helpful, charming, warmhearted, risk-taking, courageous, empathetic, inspiring, bold, brilliant, resourceful, benevolent, gracious, humble, and forgiving.

When it comes to designing machines to replace humans, we often forget how enormously complex we are. 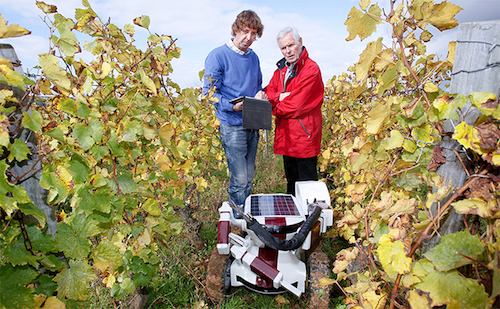 Yes, we are all flawed individuals, and as such, we have a number of basic needs.

We need things like water, food, shelter, clothing, safety, and security. Once those needs are met, a number of other needs kick in like our need for belonging, companionship, love, intimacy, and family.

As our lower level needs are met, we move up Maslow’s Hierarchy of Needs to things like self-respect, self-esteem, status, fame, recognition, power, and freedom.

While on the surface we come across as incomplete beings, lacking in so many areas, the reality is that our needs are what drives our economy.

Ironically, the reason robots exist is to support our basic human needs.

Robots, on the other hand, do not have the same kind of needs.

Will we buy music that’s generated by machines or music produced by humans?

Will we buy machine-made art, watch a robo-ballet, attend a car race with only driverless cars, or sit in a stadium to watch robo-athletes?

In virtually all of these cases, we’ll choose to do both. Certainly we will mostly choose one over the other, but we’ll buy human art along with robo-art. We’ll attend a human-run restaurant one day and a robo-restaurant the next. We’ll cheer on our favorite human team with one set of friends and cheer on our favorite robo-athletes with another.

We will also love some robots and hate others.

We don’t live in an “either-or” world. Rather, our human culture has grown up around a more inclusive “both-and” economy.

Yes, these new options will compete with each other, causing fewer restaurant workers per restaurant, and fewer artists and musicians to fill today’s demands. However, as demand increases, we may actually have more people working in these fields.

Tasks and Skills that will be Difficult to Automate

When we factor all of this thinking into a few practical guidelines, the safest jobs will form around:

As I step through this list, please understand that I’m talking about things that will be “difficult” to automate, but probably not impossible.

Complex systems too expensive to automate

While there may be no such thing as a “complex system too expensive to automate,” the more complex the system, the more humans will be involved to oversee potential breaking points.

Creative endeavors that only humans can appreciate

We have a great love for what creative people produce. Invariably we will use machines to help in these endeavors, but there will always be people directing the effort.

Human to human interactions that produce an emotional response

These may seem like tiny pieces of humanity, but the value of these nuanced interfaces play an extraordinary role in our relational experiences.

As our capabilities grow, we will see an ever-increasing need for ethical oversight. Our ability to destroy things will soon exceed our ability to create things, and we’ll need ever-vigilant watchdogs to protect humanity.

Complicated outputs that demand a human overseer or translator

As the number of sensors increase and the amount of data we’ll be dealing with on a daily basis exceeds human ability to comprehend, we’ll begin to automate the analysis. However, there will still be a need for human oversight to manage all the exceptions and edge cases.

Situations that require the human touch

41. Teaching someone to sing, dance, or juggle

42. Teaching someone how to gracefully enter a room

43. Teaching someone how to win a debate

44. Teaching someone why it’s important to take a bath

45. Teaching someone to do gymnastics

46. Teaching someone to make a reasonable decision

47. Teaching someone the value of human life

Fallible humans may not seem like the strongest link in a secure system but in many cases they become a crucial disconnected node in an otherwise hackable digital structure.

48. Guarding the President (or other important people)

Since robots do not value objects the ways humans do, or make decisions about what constitutes a fair price on a product, the need for human value judgments will continue to be important.

There are many positions where people will use robots as tools and evolve along with their industries, growing with each new productivity advancement.

71. Auctioneer that specializes in selling robots

We’re much more interested in our standing among other humans over how we compare to robots.

One of my readers, BJ Brown, recently passed along the following story:

When I was in northwestern Canada in the 70’s I ask one of the locals why they still used dogs instead of snowmobiles. He replied, “When I’m out in bad conditions, the dogs have as much stake in getting home as I do. The snowmobile doesn’t care.”

Will robots ever truly care?

Contrary to popular belief, most robot and AI systems currently act as a complement to humans rather than a replacement them.

According to most experts, we are still years away from general artificial intelligence and full automation. But eventually, there will come a day where robots will perform most tasks and the role of humans in the production cycle will become marginalized.

My goal in writing this was not to develop an exhaustive list of “safe jobs,” but rather to create tools for thinking about the human role in our future.

Robots are coming. They’re coming with or without our blessing, and in shapes and forms we can’t even imagine.

But they also come with limits, limits that we will soon discover along the way.

NOTE: Translation into Portuguese for Homeyou.com.