Future of Work: The New Age of Employment

For the past century, the work of every car designer has focused on one central activity – driving!

The art of creating the perfect driving experience has been extremely complicated, with humans coming in a variety of shapes and sizes and the car itself evolving into far more than just a machine.

In addition to the exterior design, their work involved the sculpting of controls, indicator lights, knobs, buttons, and gauges into the best possible dashboard to support the driver as they grasped the all-important steering wheel. The right combination of shapes, styles, sounds, and tiny nuanced details had us “oohing” and “aahing” as each new vehicle purred its way into our imaginations.

But that was then. Those kind of skills have quickly become last week’s news!

As cars start to drive themselves, designers have had to radically shift their thinking. Once the primary activity of driving disappears, designers have begun to focus on other activities happening inside a vehicle – sitting, talking, eating, sleeping, playing games, watching movies, looking out the window, and talking to the navigation system.

In what seems like a few short months, virtually everything that car designers learned over the past 120 years has been thrown into a no-longer-needed heap on the floor, and the tools and information base that has been formed around the craft-of-the-creator has had to begin again.

Once the primary task of driving has been automated out of existence, the entire profession will have to reframe it’s thinking around an entirely new set of goals, principals, and requirements.

Employment ads for next generation designers will begin to describe the skills they’re looking for in radically different ways. Luminaries of the past will quickly be relegated to the vestiges of time as the accomplishments of the future form around an entirely new vocabulary.

Logically we wonder if this signals the start of an entirely new profession or simply a variation of the skills and talents that led us to this point.

To be sure, car designers are just one example of this kind of transformation.

A quick survey of the employment landscape and we begin to see unusual new skills rising in importance in numerous industries. As task upon task becomes automated out of existence, we find ourselves asking the same question. “Does this constitute an entirely new profession, or simply a modification of the old one?”

Throughout history we have many examples of old school thinking that has simply faded away. As example, we no longer need to understand map legends, party lines, how to apply brakes on a horse-drawn carriage, read electrical meters, or use a toll booth. The vast majority of us will never have to learn how to shoe-a-horse, milk a cow, treat animal bites, tan a hide, shovel coal, or pasteurize milk.

In the future, very few people will know how to change channels on a three-remote television, connect to Wi-Fi, order something without talking, open a bank account, or pay with cash.

The demands of life are changing, and so are the prospects for employment. 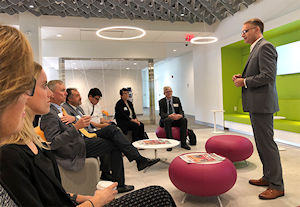 At a recent “Future of Work” roundtable discussion hosted by the Siemens Corporation at their Princeton Robotics Plant, participants were asked what employers need to think about in the future.

Dr. Kurt Bettenhausen, Senior VP of Technology for Siemens began by discussing their lengthy interview process, 4-8 hours in most cases, and the primary characteristics he’s looking for – curiosity and the use of the word “no” (he rarely hires “yes” people).

Our litigious society has turned the hiring process into a minefield of legal requirements, and ferreting out great candidates has become a laborious process.

Looking at employment through a different lens, being a topic I’ve written about many times in the past, I focused on the shifting skillsets that will be needed in the future.

The skills that will be most in-demand in the future will be some of the hardest to train – resilience, resourcefulness, and flexibility.

In addition, having a solid understanding of how to better manage the encroaching demands of our online existence with skills such as distraction management, technology management, relationship management, opportunity management, and just staying relevant.

We are now aware of far more of what’s happening in the world than ever before, and our ability to assess, gauge, and monitor its importance and somehow act or respond in some appropriate fashion has become critical.

Do people still need a college degree to succeed?

While there are countless reports published that show college graduates earning far more than those without degrees, I have yet to see a report that compares similar-caliber individuals who take opposing college vs. no-college career paths.

Virtually any bright student can learn a marketable skill in just a few months, and with several years of solid work experience under their belt by the time their counterparts graduate from college, non-degreed workers often have an easier time navigating the employment landscape.

Once a person has developed a marketable skill, they can begin taking control their own destiny, and building a “business of one” career path on their way to becoming an accomplished freelancer. 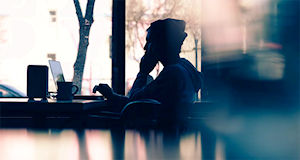 The Internet is a very sophisticated communications tool, enabling us to align the needs of a business with the talent of individuals in a far more precise ways than ever before. So rather than hiring someone full-time, companies can create a short term contract of 2 months, 2 weeks, 2 days, or even 2 hours.

Our tools for managing this type of work relationship are getting better and will soon give us the ability to apply the precise amount of talent, as needed, whenever a new situation arises.

But while we’re getting better at the employer side of this equation we’re still faring poorly when it comes to training next generation freelancers. In order to thrive in this type of work environment, solo practitioners need a wide range of business skills ranging from creating a business entity, to writing business proposals, to negotiating contracts, marketing, accounting and much more.

Yes, there’s a big difference between a newbie freelancer and one who’s a total rockstar, but it all begins with taking that first bold step, and that’s where controlling one’s own life journey starts making sense.

Here are a few stats to give a quick overview of the rapidly changing freelance landscape: 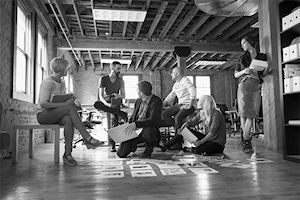 As the freelance economy grows, top tier free agents will surround themselves with a network of like-minded solopreneurs.

Contrary to what many people are leading us to believe, we’re entering a world of super employment. Prospective employees will have more choices than ever, and the freelance world will provide an alluring alternative to traditional employment.

Over the coming two decades we will be witnessing an unprecedented wave of innovation and creativity driven by new tools of production. During this time we will see an explosion of over 100,000 new micro industries that will employ hundreds of millions of people.

Driven by a wide array of emerging technology, an assortment of innovative playgrounds for makers, inventors, and startup junkies will spring to life, launching micro industries that range from manufacturing products, to collecting data, designing systems, advising, coaching, monitoring, building, disassembling, and reinventing business in unique and different ways.

With the help of thousands of collaborators, micro industries will spring to life around niches far too small for existing industries to care about. But it is in these minuscule advances that great opportunities take root.

A simple coffee mug can be redesigned in thousands of different ways. The same holds true for every toothbrush, piece of clothing, ink pen, lamp, chair, and hundreds of other frequently bought consumer products.

We are entering an unusually creative period of human history. Those who embrace this kind of change will prosper, and companies that study and embrace this fluid “jobscape” will build flourishing enterprises in the years ahead.