Prize Competition #2: Viewing the Past 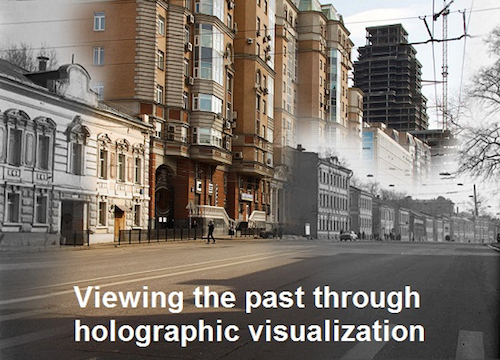 Do we even know what time is? Yes, we see the seconds clicking away on clocks, sunrise followed by sunset, tides coming in and going out, seasons changing from one to another, and little trees growing into big trees.

These are all things we associate with the movement of time, yet it is a topic we know very little about. From the standpoint of science, our understanding of time exists as a thimble full of wisdom in an ocean full of ignorance.

Because of this, Hollywood uses time travel as a magical tool for storytelling. With fanciful theories and scant attention to detail, time travel on the big screen is as easily demonstrated as hitting a switch and watching people fly into the future.

But things are never that easy. When NASA set out to put a man on the moon, they didn’t start by loading a team of people onto their first rocket and launching it into space. Instead, they tested each piece of the technology through hundreds of incremental steps.

When dealing with “time,” there are two fundamental proofs that must be demonstrated before we can reasonably think time travel is ever possible. These proofs include viewing things across time and communicating across time. Sending people across time will come much later.

It is this second proof of viewing things across time that I will to focus on here, and more specifically, viewing the past.

With this in mind, I would like to formally announce the second challenge of the Octagonist, a challenge to demonstrate holographically a fully viewable event from the past.

For hard-to-fathom topics like this, simply asking the questions will cause our minds to move far beyond the safety net of present thinking and drive us to search for possible answers.

“All information, ever created, is still in existence” – – Futurist Thomas Frey

Looking Back in Time

When we look into space we are actually looking back in time. This is because of the speed of light which travels at 186,000 miles/second. At a short distance, the time it takes light to travel from point A to point B can be measured in a fraction of a second. But more distant points take far longer.

As distances get larger so does our “looking-backwards in time.” The closest star, Alpha Centauri, is so far away that its light takes 4.3 years to reach us. When we look at the closest spiral galaxy, the Andromeda galaxy, we see it as it was 2 million years earlier.

The speed of light is a concept we’re all familiar with. When an event happens on earth, the light and energy trailings reflect off into space. So the earth is not just radiating light, its radiating information.

Information about the past already exists. The key question remains, can it be reassembled?

Going back to the question I posed earlier, “If it is possible to communicate across time, why then haven’t we received any form of communication from people in the future?”

One possible explanation is that we haven’t yet invented a device for receiving these communications.

Communicating with the future is relatively easy. We simply make a recording and store it until it can be revealed at some designated time and place in the future.

But communicating with the past is more difficult. Will it require some kind of device to receive it? And what form will it take?

People in the 16th century had no technology that would allow them to think that any type of sound could be transmitted digitally or electronically. If they suddenly heard voices, even if they came from a device, they would most likely think it was the voice of God or some demon talking to them.

If voices appear in someone’s head, most people today would probably have similar thoughts.

Cross-time communications will require careful planning. Early experiments in this area will likely center around a scientist receiving their own communications prior to them being sent, only minutes earlier. 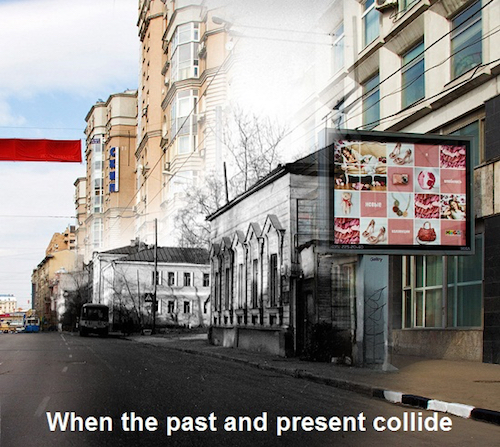 Would you rob a bank if you knew somebody could go back and find out exactly who you were? Would you start someone’s house on fire if you knew it was possible for someone in the future to see who lit the match?

When it comes to criminal justice, there will be few tools more powerful than this. In fact, it may work too well. In addition to halting crime, it has the potential for putting a massive number of people out of work in the criminal justice system – cops, lawyers, judges, security guards, security equipment manufacturers, and many more.

However, the biggest driver behind this technology will be whether or not people can make money from it. And the answer will be a resounding yes.

Viewing the past will be used for determining historical accuracy, mapping human genealogy, creating documentaries, doing biblical research, and a thousand other things that people will invent along the way.

At the same time, this is a technology with massive potential for unintended consequences.

Being able to view the past brings with it an awesome responsibility for us to both preserve the integrity of the generations who have gone before us, and not denigrate our contemporaries. We all have the frailties of being human and good judgment is everybody’s shortcoming at one time or another.

In the wrong hands, it should be considered as a treacherous weapon. It is for this reason that “viewing the past” was chosen for this type of competition, where country-sponsored teams are continuously monitored by a check-and-balance system of governing bodies.

Is it even Possible?

When it comes to answering the question of whether or not this technology is even possible, truthfully, we don’t know.

Events leave an imprint. Information emanating from an event travels in many different directions that may or may not be retrievable.

But we do believe that people will attempt to discover it. And if this technology is possible, that it needs to be monitored closely in full view of the public. Otherwise, the potential for abuse is far too great.

The challenge, as we have defined it, will be to replay an event from no less than 20 years earlier in actual-size, full-holographic visualization. The viewing of this event must involve no less than 5 minutes of fully animated continuous viewing with sufficient clarity to allow handwriting on paper to be viewable.

Our thinking is that the technology will be set up around a room or specific location, and once in place, images of the past will come to life, filling the current void in much the same fashion as actually witnessing it in person.

Naturally, we would like to hear the audio along with seeing the visuals, but we realize that may not be possible with audio waves resonating differently than anything visual. So for this competition, the requirement will strictly be for re-creation of visual images of the past holographically.

As with all eight of these competitions, only countries will be allowed to enter teams, and each country will be limited to no more than two teams.

All teams will be required to maintain accurate records of their personnel, research data, and stages of progress.

Similar to the Olympics, the winners will each receive a gold medal. However, the true value will come from the accomplishment.

This is a technology with the potential to unlock vast new industries oriented around rediscovering the past. Virtually every story throughout history can be retold with unparalleled accuracy.

More importantly, the team that wins will have carved out their own legacy with a permanent place in the next generation of history books, books that have to be rewritten using this technology.

The cost of managing a competition of this nature will be significant. For this reason the entrance fee for each team has been set at $1 million USD per team. The money will be used to fund an endowment to insure the long-term viability of this competition.

As the competition ramps up, an entirely new organization will be created. The resulting organization will require a highly skilled management team and staffing with extraordinary technical expertise. This team will need to be in place for many years, perhaps even decades.

The entrance fee represents a tiny fraction of one percent of the amount each team will need to budget for their efforts. Team budgets will likely be in the range of hundreds of millions of dollars.

The competition will also require its own governing body. Since it will be a venture into the unknown, pushing the limits of science and technology, there will need to be an international governing body responsible for oversight and dealing with unforeseeable circumstances.

The exact makeup and responsibilities of this governing body will be determined over the coming months. But minimally it will include one representative per team from the countries they represent.

In July, I will be formally announcing all eight of these competitions at the closing plenary for the World Future Society’s “WorldFuture 2011” event on Sunday, July 10, 2011 in Vancouver, British Columbia, Canada.

The first, the Race to the Core was announced last year. More will be coming soon.

Behind these announcement is our team at the DaVinci Institute. Our hope is that we may somehow stir the imagination of people around the world and, bare minimum, incite a global conversation.

At stake will be a combination of national pride, personal legacies, and laying claim to unprecedented achievements in science and industry.

The reason we have chosen eight competitions is because of the eight dimensions of the Octagonist, a competition framework that I will explain at a later date. Each of these competitions will be the most challenging ever imagined. Some may not be completed in our lifetime. They are designed to stretch human thinking and push the envelope of understanding.

More than just a series of competition, we view them as a turning point in world history.