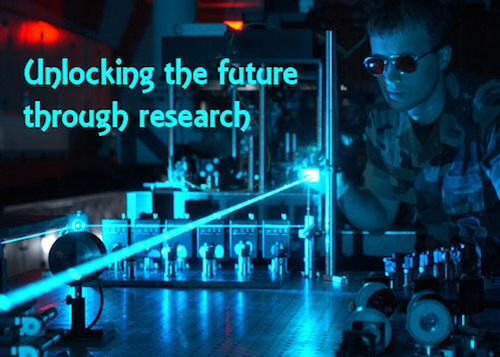 NOTE: The following is the fourth in a four part series title: The Future of Colleges & Universities:  Blueprint for a Revolution

Most of us have great difficulty translating ideas of what the future holds into useful stories and concepts. For this next section, I have chosen to describe the upcoming changes in terms of scenarios. Each gives a brief description of one element of change, explaining how it will unfold and what the likely consequences will be.

Scenario #1: An iTunes-like business releases an online courseware developer’s package that enables experts from around the world to create their own courses and make money from every sale. The courseware developer’s kit enables courses to be produced quickly in a standardized 60 minute format with a variety of media inputs. Courses can be tagged with approvals by institutions, rated by students, and framed around a personalized recommendation engine.

In this scenario, course offerings mushroom, first to millions, then tens of millions, and eventually hundreds of millions, all within a short 2-3 year time frame. Early adopters will include trade associations, corporations, and foreign students. Private and public colleges will follow with each institution developing different policies for working with the new courseware.

Initially, courses will be dry and uninspiring, but a few will draw rave reviews and considerable attention. Later iterations will be filled with imagination and compelling content.

Scenario #2: Tenured professors will break their alliance with their current institution and begin freelancing their courses. They will establish themselves as accredited instructors and begin producing branded courseware that is distributed throughout the world.

Each of these rogue professors will work as guest lecturers, traveling from college to college, promoting their own line of courseware, learning camps, books, coaching, and more.

Many will rise in status to the level of “celebrity professors” running multi-million dollar business enterprises.

Scenario #3: Courseware rating systems will be developed to add integrity to the rapidly evolving system. Truth and accuracy will be an ongoing challenge in courseware creation, but this is nothing new.

A high percentage of what is taught in classes today is theoretical, ranging from theories of gravity, to theories of evolution, to music theory. None of these topics end up being 100 percent provable, and so from the standpoint of passing muster with a rigidly governing truth authority, none of these topics could be included.

In addition, virtually every aspect of society has its own version of truth – religious truths, scientific truths, legal truths, etc.

For this reason, rating systems will need to be structured as a checks-and-balance system where individual groups, colonies, or other rating services can create their own central truth authority and place tags of approval or disapproval on courses. These tags will be a central feature of the search criteria used by a smart student profiler and courseware recommendation engine.

Scenario #4: Colleges that focus on research will be able to leverage their research projects by developing a series of new courses around various aspects of the research. Each project will essentially radiate new courses, and through the attention gained in other online mentions, the research will attract many new students. Government and corporate grants will fund the research, and universities will build additional revenue streams through courseware development.

Tech transfer efforts will be aided by the courseware as well. Courseware will become a broadcast medium through which others will learn about new technologies as well as related opportunities.

Scenario #5: College campuses will transition into educational colonies. The term “colony” is used to describe a grouping of activities held together under a common theme, and in this scenario the overarching control of colleges will be diffused into multiple entities of common interest, each free to operate as autonomous enterprises.

While foundational learning will still be a prerequisite to many of the projects, students will work their way through required courseware prior to entering a project.

Universities will brand themselves through their corporate relationships and the types of projects students can become involved with.

Dormitories will be turned into something akin to short-stay hotel operations, with students staying anywhere from one night to several years.

Most classroom buildings will be remodeled into project spaces. Some classrooms will be used as meeting space, courseware testing centers, and guest lecture halls.

Scenario #6: College sports teams will transition into colony teams that are fully integrated into the colony experience.

Each team will run as an independent business operation, operating more as farm clubs for professional sports leagues rather than college teams. Where possible, team members will receive minor league salaries as well as credits for their athletic involvement.

As a governing body, the NCAA will morph into a new type of organization reflecting the changing nature of the league. A variety of academic, residential, and age-related rules will be rewritten to coincide with new social norms.

Scenario #7: Education colonies will create a lifelong relationship with their members. Rather than the traditional college-student relationship, universities will experiment with developing a branded-membership that encompasses both local and distant members.

Since the number of young people setting foot on campus is dropping and the demand for ongoing education is increasing, universities will expand their reach, and in doing so, greatly extend their influence.

As an example, MIT may create a branded MIT Colony Membership that costs $1,000 a month. This membership will enable people to be part of the MIT experience; receive access to all MIT courseware for free; participate in MIT research projects, clubs, and social networks; sell courseware under the MIT label; attend sporting events for free; bid on MIT work projects; receive invitations to exclusive events; and obtain one-on-one coaching from some of the world’s most talented people.

Scenario #8: Colonies will begin experimenting with higher and higher achievement levels. In recognition of learning that will take place over a lifetime, degrees and diplomas will be created for extreme and super extreme levels of learning. Masters and PhDs will only be junior-level accomplishments on this new rating scale.

With learning made easy and expanded over a lifetime, colleges will be able to capitalize on new ways for individuals to differentiate themselves from the masses. Diplomas will become as individualized as the accomplishments they reflect.

These uber-diplomas will become an ongoing driver for continued involvement and serve as an enduring revenue stream for the institution.

I will close by once again touching on the concept of a prime directive for colleges and universities.

Until now, students have been motivated to attend college for very selfish reasons. They are looking for prestige, status, and jobs that pay lots of money. It is my contention that the “good life” motivation is far too shallow for the world that lies ahead.

Rather than a world with people fighting people, the true battles that lie ahead will test us on every conceivable level. On the grandest of scales, we will find ourselves confronted with forces larger than our entire solar system, and on the tiniest of scales, nanotechnology and sub-atomic particles will confound us with challenges we never dreamed could exist. These battles will require far more than brilliant minds, personal tenacity, and military might.

The students of tomorrow will need to be prepared for a higher calling. This higher calling will be to pre-empt crises before they occur, anticipate disasters before they happen, and solve some of mankind’s greatest problems, starting with the problem of our own ignorance.

Much like a person walking through a dark forest with a flashlight that illuminates but a short distance ahead, each step forward gives a new perspective by adding light to what was previously dark. The students of tomorrow will be our bigger flashlights.

Until now, ours has been a dance with the ordinary. History shows us that we are immersed in cycles, systems, and patterns that repeat again and again. Tomorrows history books will show us that all patterns are made to be broken, all cycles waiting to be transformed.

Colleges will need to position themselves on the bleeding edge of what comes next. We will always need the backward-looking to understand where we have come from, but a new breed of visionaries, bestowed with unusual tools for preempting disasters, will become our most esteemed professionals.

Future colleges will become our checks and balance for the status quo.

Perhaps a more appropriate Prime Directive should be phrased like this: “Preparing humanity for worlds unknown, preparing our minds for thoughts unthinkable, and preparing our resolve for struggles unimaginable.”