Creating New Countries in the Future will be Challenging at Best 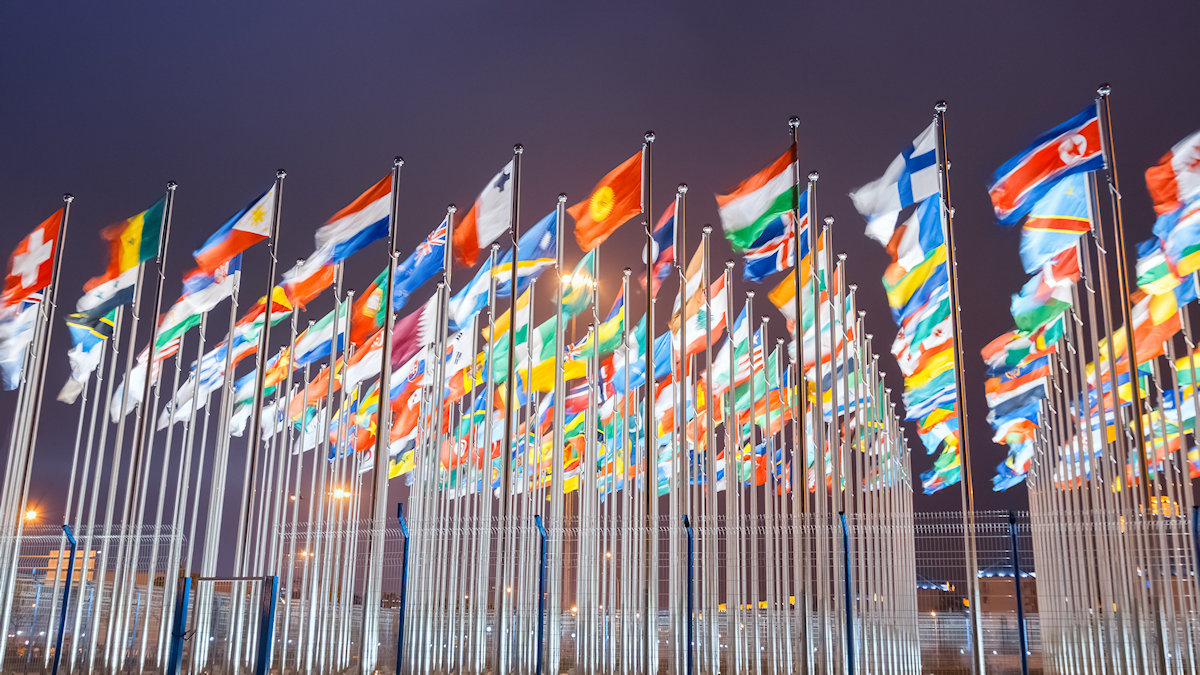 Would the world be better off with relatively more countries or relatively fewer countries? Are the countries we see across the world meeting the needs of the world and their citizens? Should we celebrate or be concerned about the formation of new countries?

Most people will likely go along with the argument that creating new countries gives us the power to experiment and try new things. Traditional countries seem stagnant, mired in problems, with aging systems that don’t work well in modern society.

But on the other hand, stability can be a positive thing, and they can certainly evolve without starting completely from scratch.

What Exactly is a Country?

It’s generally accepted that a “country” must have:

With that in mind, let’s explore some of the ways countries may evolve in the future.

Interestingly we have the same “more vs. fewer” debate with regard to publicly held companies. We seem to go through alternating periods of corporate conglomerations and spinoffs, celebrating the efficiencies gained in the first model and the greater likelihood of innovation, specialization, and profitability with the second.

The parallels don’t stop there. Large conglomerates are unlikely to be snapped up by a competitor. But smaller companies might be at the mercy of a hostile takeover. The same is arguably true for countries.

On the individual level, a worker’s position might be safer and more secure in a large corporation compared to a smaller spin-off company or a startup. People living in some of the former Soviet Republics can certainly relate to this comparison.

Yet, land on earth is very limited. Is it even reasonable to consider the formation of new countries?

Where do New Countries Come From?

Since nearly all the walkable space on Earth has been claimed as part of a country (with some possible exceptions described below), country formation as far as landmass for the most part is a zero-sum game. There are no new places to plant a flag. That will ultimately happen on planets other than Earth, though for now the UN Moon Agreement prohibits national colonization there.

Not to be confused with the formation of “new countries,” we’ll continue to see nations filing some informational paperwork with the United Nations and changing their names. This might be a tweak that’s significant just to them, such as adding the phrase “Republic of…” or changing the name altogether.

Many times, these changes aren’t due to newly derived independence or a substantially re-formed government; they’re from what I would call “re-branding,” driven by political change, ethnic pride, or a new national identity that seeks to separate itself from the vestiges of a former outside, often Anglo, dominance.

When it comes to the formation of new countries on new lands, I’ve written and lectured in the past about micronations, formed on manmade islands, or natural ones that are too small for the host nation to have much interest in.

In theory, these lands can be transformed into a new country, meeting many if not all of the five characteristics. In some cases, however, these are more akin to a tourism gimmick like this one, or an effort to foster a utopian society for a handful of true believers. The Principality of New Utopia, a monarchy established on an island off the Cayman Islands in the Caribbean, is perhaps the most well-known in this category.

Generally, though, micronations aren’t large enough to be socio-economic players on the world stage, which is the 5th criterion, and the residents and their leaders like it like that. Increasingly, though, there’s a place for these micronations in the metaverse as we will discuss below. 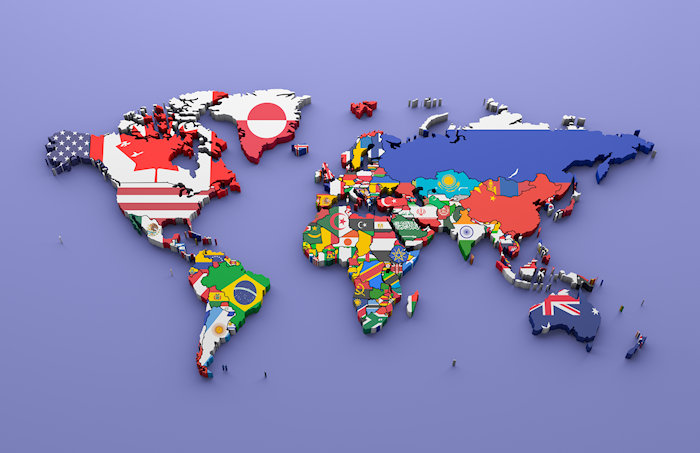 In contrast, the founding of a truly new country with significant territory and population, whether it gains its independence from another country by force or mutual agreement, is a significant worldwide, historical event.

The emergence of the United States of America is one example of course, and more recently the Soviet Republics emerged as a set of new nations subsequent to the breakup of the USSR in 1991.

Other new countries in the last century according to Wikipedia include:

In the future, we’ll see more and more of these new nations when boundaries imposed by past military victors or other outsiders and map makers are exposed as artificially combining peoples, cultures, and even landmasses that would not otherwise be lumped together.

Will the reverse happen as well? Will nations in the future absorb others, either voluntarily or otherwise? Germany is a good example of this relatively uncommon phenomenon with the reunification of East and West Germany in 1991.

Many who live in South Korea are hoping for a similar reunification with North Korea.

I’ve also predicted that we’ll be transitioning from national systems to global systems. This has been happening, but at a slower rate than I originally anticipated. I still hold to that trend in the long view, although my column next week will explore the evolution of democratic visa à vis authoritarian national governance models.

In many cases, country combinations or mergers will come to pass in a way that initially looks like a union of countries (e.g., the European Union). Over time, the nations will cede more and more functions of a sovereign nation to the union, reducing them to the kind of relatively weaker “state” status. This tendency is apparent at the moment as countries work together within groups like NATO and the European Union to address the Russian invasion of Ukraine.

Interestingly, the widespread opposition and sanctions we’ve seen opposing that invasion is an indication that country combinations and unions are increasingly less likely to happen by force.

In spite of those who insist Antarctica is independent and a continent, not a country, it actually already fits the definition of a country. There are established boundaries and a system of government. It will likely host permanent residents in the near future, with those permanently stationed in its settlements. We already have treaties and agreements in place between nations and those who are governing Antarctica.

Since 1959 the area has in fact been governed by the Antarctic Treaty System, which is managed by a Secretariat structure based in Argentina. Twenty-nine of the 54 signatory countries to the treaty have voting rights about what happens there, including some countries that have tried to lay claim to portions of the land.

It’s probably a topic for a separate column someday, but as rising temperatures make it more accessible and inhabitable, the scientific research activity already underway there will be joined by mineral exploration and extraction which will invariably lead to inter-nation disputes.

Ultimately, with the assistance of the United Nations or another arbiter, the land in Antarctica will be divided among two or more major powers. 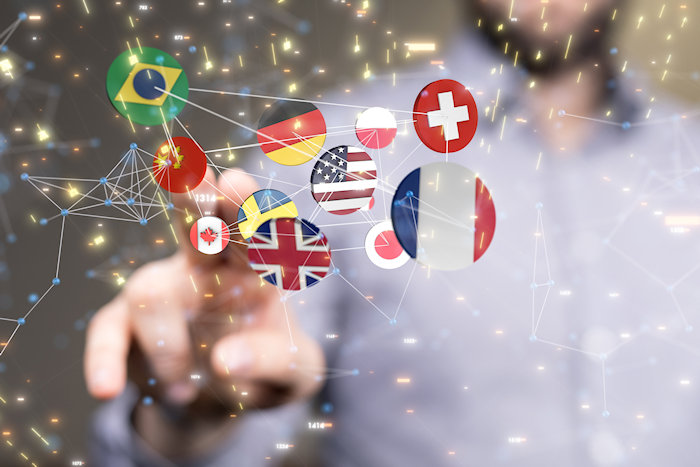 Finally, I’d be remiss if I didn’t once again discuss the concept of new countries in the metaverse. These will be legitimate countries in nearly every sense of the definition – defined boundaries, (increasingly) permanent residents, a system of governance, and a cryptocurrency. I see no reason these countries won’t be able to enter into a variety of agreements with other metaverse countries.

In other cases, the metaverse countries will be a way to bring together people from different real-world countries who share a common heritage or fundamental beliefs, à la the micronation concept.

That’s a critical piece of the equation that can be applied to real-world countries as well. A commonality of purpose, high-level fundamental beliefs (e.g., freedom, diversity, fairness) not only can help define a new country, but it should also be something citizens strive for in every existing country as well.

There will be many attempts to launch new countries in the future, but be wary of these attempts. Virtually none of the efforts will be recognized by the UN. There is no such thing as a utopia, and any effort to create a country solely as a tax haven will fail. Any new country needs a purpose, and the purpose cannot singularly be about saving money.

The unification of a people as in Korea is a good overarching purpose. And so is the management of a global system, such as a global privacy policy, global intellectual property, banking, human rights, or ethics. Each of these will need to be managed from a neutral country, and this could be an opportunity to create an instantly recognized micronation, and give it a fighting chance. But it will still be challenging at best.