Deurbanization – How Will this New Trend Affect You in the Future 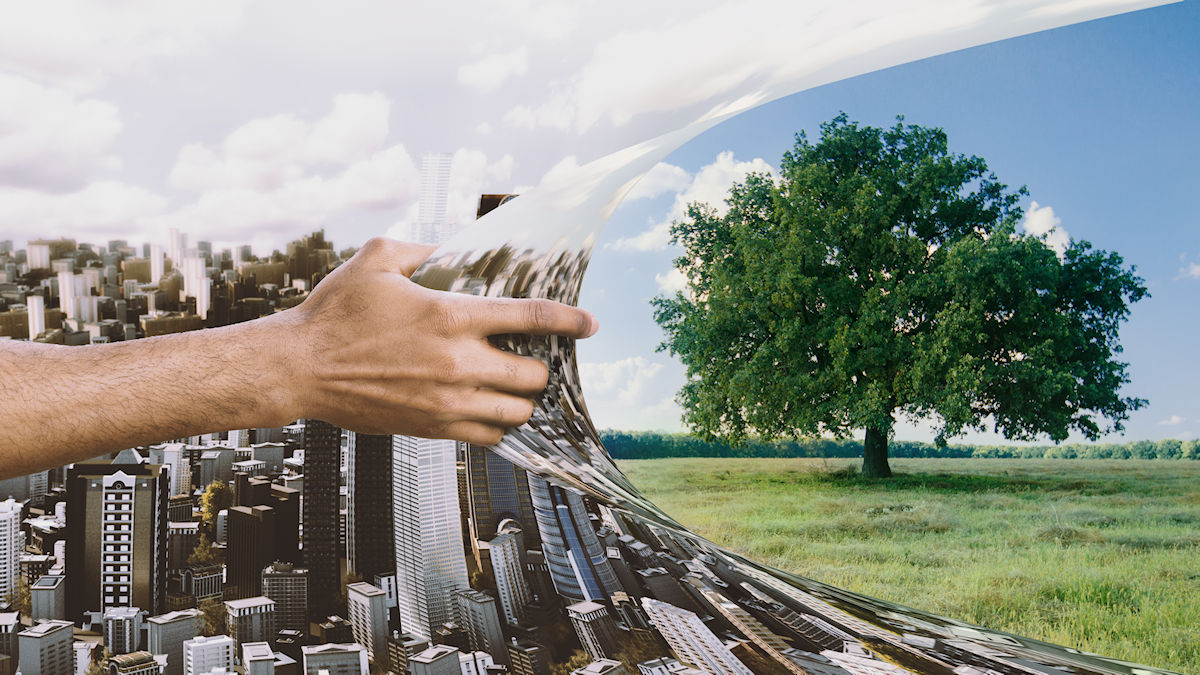 The longstanding trend towards urbanization – urban areas growing faster than non-urban areas – was proceeding unabated until it turned on a dime in 2020 due to the COVID epidemic. The trend for the foreseeable future is now in exactly the opposite direction – deurbanization.

Those who doubt this – primarily commercial real estate property holders – are left to rebut it only by saying things along the lines of: “People have predicted the decline of cities in the past, but the lure of city life always proves too strong.”

I don’t think that will bear out this time because technology is the difference-maker.

Regardless, the short-term data supports the current reality of de-urbanization. Full service and self-service moving companies report that household move volume in 2020 was heaviest out of New York and California and into Idaho, North Carolina, and Maine.

And if people weren’t making interstate transitions, they were moving to nearby suburbs. This was especially apparent in New York City and all three of Texas’ major cities, according to national realtor data found in that same report.

The trend is continuing. According to the real estate website Zillow, residents of Los Angeles and New York City are still pursuing housing availability primarily in Boise, Phoenix, and Atlanta.

Until recently, work-from-home was viewed as a perk or an exception. It’s been the norm for nearly a year now, and many service companies have indicated it will be available for a sizable portion of their workforce for the foreseeable future.

And why not? Communication and information technology strongly support it. Many workers really like it. And many more will like it once they don’t have to balance work with monitoring their children’s homeschooling.

Trends are easy to observe and somewhat easy to predict until things like a pandemic happen. But assuming de-urbanization is not a passing fad, what does this mean for our future? How will society change? What could a less dense (from the spatial perspective!) population mean for our economy, environment, political dynamic, and much more?

That’s where the futurist in me kicks in. Here’s what I see as the long-term implications of deurbanization:

One of the benefits of de-urbanization is the economic “sprinkling effect,” in which higher-income workers move to outlying locations and support their local economies and tax bases.

I would take that a step further and predict that these transplants will also sprinkle other positive things – like ideas and diversity. This isn’t to say they won’t learn or benefit from the ideas and lifestyles of the long-time residents of their new hometowns as well.

I’m pretty certain that a transplant moving from downtown Seattle to Boise will encounter more people with a wider range of viewpoints in their new hometown. Granted, the differences might not be as pronounced as when the relocation is from Manhattan to the Hamptons.

Tribalism fades as people are exposed to more lifestyles and new ways of thinking. While you can certainly find diverse viewpoints within a major city, in an urban setting you may also be less likely to “have to” engage with “others” since your own tribe is so readily nearby.

Political affiliations vary dramatically when you compare major urban centers to the suburbs and then to rural America. Regional differences mute this somewhat (e.g., Houston vote tallies will look different from those in Los Angeles), but relatively speaking there is a measurable difference.

De-urbanization will diffuse those geographic voting densities, if only by degree. We’ll have less-polarized districts – even states. The red-blue congressional district maps on election night will be somewhat more blended. The further implication? A shift toward the center by our leaders who must appease a more diverse body of constituents.

Environmental issues are a national challenge. Unfortunately, a shift to the suburban areas to experience rural life will not help on that front.

City-dwellers who used to count on mass transit will drive more. They’ll live in larger homes with a bigger footprint. The energy needed to heat and cool these homes will be significantly more than it was for their smaller city dwellings and apartments.

This will move us one step back in achieving our pollution abatement goals. We’ll need to adopt more significant, dramatic emission reduction policies if we’re going to reduce emissions to the level most experts call for.

Today’s news is full of accounts of tech and other companies in B2B industries who had strong years in 2020, despite the pandemic. That’s due in part to the efficiencies they implemented during that period, including maintaining smaller inventories and benefitting from more productive people working from home.

This employee productivity was enhanced thanks to the absence of commuting snags, fewer work-related distractions, more tightly run meetings, and a dramatic reduction in travel. No doubt some of those practices will continue to some degree post-pandemic, even in office settings, as travel and meetings will need to pass an “essentialness” test. And home-based employee productivity will soar even higher in the months and years ahead, when their children are back in school.

There’s one other corporate trend that will enable de-urbanization, instead of just reacting to it. Companies will continue to move away from major high-rise headquarters in Tier 1 cities and shift to multiple regional offices and campuses in Tier 2 locations.

Diffusion of the arts

Some have argued that de-urbanization will lead to a loss of cultural vibrancy – as they presumably focus only on the loss of vibrancy for residents who remain behind in big cities. That strikes me as somewhat elitist, and I would encourage those observers to think about the other side of this zero-sum tradeoff.

When it comes to culture and the arts, a Dallas socialite’s loss is an Omahan’s gain. What could possibly be wrong with urban transplants bringing additional resources and artistic expertise to support the arts in smaller cities and rural areas? In the future, the arts will flourish – for many more people.

The common theme in all of this is that voluntary de-urbanization will stir the pot. It’s like knocking over the Monopoly board once someone has accumulated most of the money and properties. “Whoops! Now we have to start over!” De-urbanization isn’t as dramatic as that of course, but it is a small step in an invigorating new direction.

COVID is a horrible disease. If a family member, friend, or loved one of yours suffered or lost their life because of it, no one can expect you to consider any silver lining.

But COVID has triggered macro-level changes in our world – multiple distinct adjustments that will play out and forever change the trajectory of certain trends into our future.

De-urbanization will be one of those changes for the better – right along with 2020’s other positive divergences in healthcare, pharmaceutical research, corporate social responsibility, are others.