The Future of Ignorance 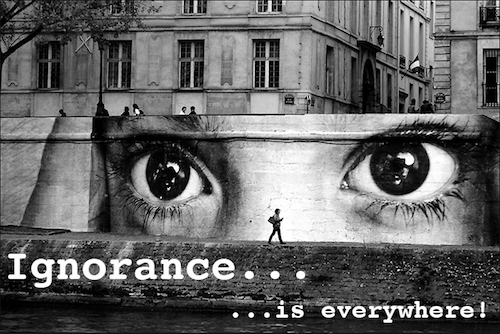 In 1901, Dr. Duncan MacDougall set out to discover if the human soul weighed anything.

Working in the local old age home, he conducted a series of experiments where he weighed six patients on a precision scale both before and after they breathed their last breath. Comparing variations in the patient’s weight, he declared his findings, that the human soul weighed, on average, 21 grams.

To underscore his point, MacDougall did a similar study on 15 dogs that were also on their deathbed and reported no perceived change in weight.

Armed with the results of his brilliant study, he was able to confirm that the human soul did indeed have weight and that dogs did not have a soul.

But of course that wasn’t the whole story. Out of his six patients, only the first one showed a perceptible loss of weight. The others had mixed results so they were discarded. Since none of the dogs lost weight, that was all the proof he needed.

This is a story that made headlines in the New York Times in 1907, but the entire episode was based on one of the worst research studies of all time.

So how do you know when you’ve been lied to?

In a situation where one of the country’s most reputable newspapers reports the findings of a reputable doctor, the average reader will naturally assume it to be true.

In spite of those who argued with the findings when they came out, the “21 gram weight of the human soul” became a cultural meme that permeated society for decades, even though several other experiments since then showed no measurable difference.

For those of you who aren’t familiar with the term, a meme is “an idea that spreads from person to person within a culture.”

Rest assured, not all memes are based on lies. In fact the vast majority are based on some measurable evidence of being true.

But here’s where it gets confusing. Virtually every lie has some portion of truth in it, and virtually every truth has some amount grey area or falseness associated with it.

This becomes a critically important point to consider as we build artificial intelligence engines based on trillions of “grey area facts” and the primary reason why the topic of ignorance made its way to the top of my list. 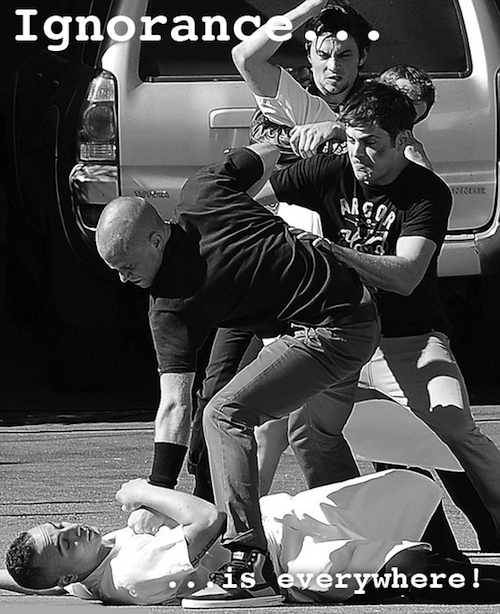 Living with a Distortion Index

The world is neither black or white, right or wrong, or truth or fiction. Rather, every statement comes with a percentage of correctness that we unconsciously filter through our personal “bullshit meter” and file it accordingly in our brain.

Yet we’re being lied to in so many subtle ways its nearly impossible to separate reality from distorted reality. Here are eleven quick examples commonly used by Hollywood:

Because of the enormous influence of movies and television, every distortion of the truth, regardless of business decisions based on market demand, creative license, or even good intentions will foster a widely distorted view of the world among impressionable young people.

People make decisions today based on their life history of “perceived truths.” Young adults who consume tens of thousands of hours of movies and television will have great difficulty making sound decisions based on these distorted truths. 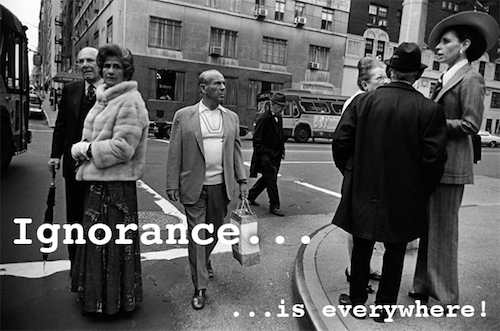 Defining Ignorance and the Five Fundamental Laws of Human Stupidity

Ignorance is different than stupidity even though they have overlapping characteristics. Ignorance involves “not knowing” but stupidity is more about “knowing incorrectly.”

To put this into perspective, if you were unaware of the fact these laws existed, you could appropriately be labeled ignorant. If someone called you stupid for being unaware, well, that makes them ignorant of the fact that they are they stupid one. 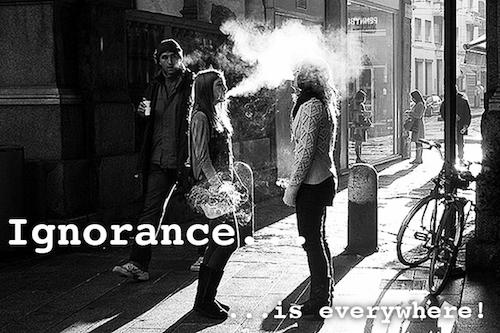 Agnotology and the Fine Art of Distorting the Truth

Agnotology is the study of willful acts to spread confusion and deceit, usually to sell a product or win favor. It’s an area of research that got its start in the heyday of the tobacco industry.

In 1979, a secret memo from the tobacco industry came to light that revealed many of the tactics employed by big tobacco to counter “anti-cigarette forces.”

Using a rather generic report title to mislead those who might come into contact with it, the Smoking and Health Proposal was drafted a decade earlier as something akin to a quarterback play-list for the Brown & Williamson tobacco company.

In one of the paper’s most revealing sections, it described one rather deceptive approach for marketing cigarettes to the masses. “Doubt is our product since it is the best means of competing with the ‘body of fact’ that exists in the mind of the general public. It is also the best means possible for establishing controversy.”

As outrageous as some may find this statement to be, it is not much different than marketing tactics used for nearly every other product on the market – use testimonials to emphasize the good, gloss over the bad, and confuse the terrible.

Every person has a number of products that they surround themselves with. Whether its clothes, food, makeup, shoes, furniture, cars, or appliances, we’ve made a conscious decision to associate ourselves with those products.

Do we always select the very best product? Not always. Very often a cheaper product will be good enough.

So if a product came along that was both cheaper and better, would we select that one? That’s where we enter the murky waters of truth, half-truths, and politics. Perception is worth far more than some point-by-point analysis that few people ever do.

A New Era of Ignorance

We live in a world with amazing levels of ignorance.

With today’s abundance of information it has become easier than ever confuse an issue and turn every fact into a series of arguments.

For example, if we consider the fight over climate change, the fight is not just over the existence of climate change, it’s over whether scientists have a political agenda, whether God has created the Earth for us to use, whether government has the right to regulate industry, whether environmentalists should have this much power, and much more.

What somehow got lost in the blurring of issues is the fact that pollution is bad for us and we should stop polluting the earth. 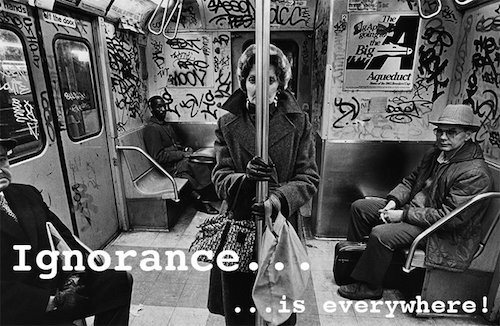 Most of us today are living with a false sense of expertise. Any answers we need are only a click away, and whatever preconceived notions we may have, its easy to find supporting arguments online.

If we were to dissect every college course and hold a truth meter next to the core subject matter, we would find a substantial percentage that falls into the arguable category.

Even our most foundational subject matter comes with built-in grey areas. For example, 2 + 2 does not always equal 4. It depends on what type of measurement scale we are using. There are four types of measurement scales – nominal, ordinal, interval, and ratio. Only in the last two categories does 2 + 2 = 4.

As we move into an era where artificial intelligence is making exponentially more decisions on our behalf, we will want the AI to be rooted in solid facts before making those decisions. But the basis for decision-making will likely come from our personal preferences, a compendium of online perceived facts, and the thoughts and attitudes of those in our social circles.

Studies have shown that our most authoritative source of information today is Wikipedia, created through their time honored tradition of having experts argue with experts until the wording is close enough for everyone to live with. 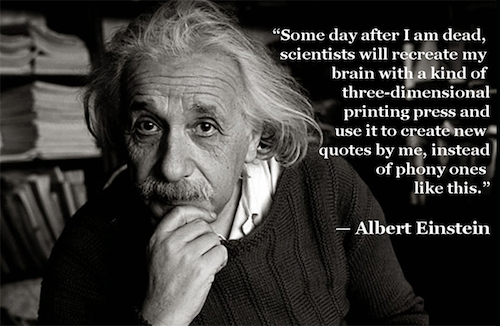 In what year did the human race reach “peak ignorance?”

Many will argue that we’re still not there yet.

Misinformation cycles reach their peak every four years leading up to the presidential elections in the U.S. where our bullshit meters are tasked to work overtime.

We are indeed intelligent beings, but with all of our limitations, the intelligence we possess is never enough.

As we think through our systems for automating our decisions, unless they’re based on something far better than the decision points we’ve used in the past, we will achieve little more than having more efficient ways of making poor decisions.

Perhaps a more important question to ask, at what point will we achieve an optimal level of ignorance, and how will we ever know?

As for me, I’m looking forward to the day when I can adjust the dial on my own ignorance settings to “just right.”

← Twelve Critical Skills for the Future The 1,000-Revenue Stream Lifestyle →