A Journey into the Land of Epiphany 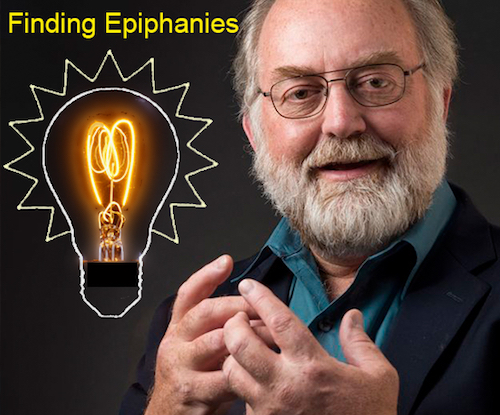 I’ve always loved ideas and I think it stems from the fact that I’ve had so many to choose from. But it wasn’t about the sheer number of ideas I got to play with. Rather it was finding that one truly remarkable gem, the golden epiphany, hiding in amongst the others.

It’s hard to explain the epiphany experience, but it’s a euphoric high unlike anything else. Some have described it as “a orchestra from on high,” “a sudden realization,” “a epic breakthrough of the mind,” “an orgasm of the brain,” or “that Eureka moment!”

For me, I’ve become an epiphany junkie, always in search of the next great revelation. But there’s a big difference between a minor epiphany and what I refer to as a full category five epiphany – a mass-spectrographic, isotopic, double quad-turbo, full blown epiphany.

These are the ones people give half their kingdom for, but being part of the frequent-flier crowd for epiphanies, I’ve had the honor of dancing with them on a daily basis.

While this may sound like a braggadocios statement, rest assured, behind every idea junkie is a tortured soul. Every seismic shift in thinking is often preceded by days, months, even years of intellectual frustration waiting not-so-patiently for the next lightning strike to occur.

The epiphany phenomenon is also behind much of the surge in coffee and energy drink sales because caffeine and other stimulants can indeed trigger an “epiphanous” reaction.

For this reason I’d like to take you along on own journey into the land of epiphanies, and offer you some rare insights into this mysterious world.

Growing Up as an Epiphany-mongerer

My early years seemed unremarkable. A farm kid growing up in a desolate region of northern South Dakota, trying desperately to stand out. Like all other kids I tried to run faster, jump higher, and think faster than everyone else.

Among a similar group of average kids, the best way to describe myself was super average.

I hated that. I was never satisfied with beating some of the kids, I wanted desperately to beat all of them. Even if it was only in one single category, I had an unquenchable thirst to be number one…. in something.

My big break came at age 11 when my Mom got tired of me sitting around at home watching television. She took me out to the field where my Dad was working and told him to put me to work. You may think this sounds mean or ill-intentioned, but as far as farm kids went, I was a late bloomer. My older brother started at age 8, so with 3 additional years of maturity, I was already well into my prime working years.

My first chore was driving an old John Deere 70 out to work the fields. With a small cultivator attached behind to do most of the work, it would easily take my little tractor an entire day to work a large field. The following day was always the same, endless fields, mindless work.

It was in these countless hours of tedious tractor driving that something remarkable happened. Where most young famers found boredom, I was able to master something far different – contemplative thought.

Yes, I realize contemplative thought will never end be an Olympic sport, and I’m not even sure if that’s even the best way to describe it. But something changed. Countless hours alone on a tractor with nothing to keep me entertained other than the crazy ideas I could manufacture on my own. So every day I needed to come up with something better to think about.

It was here that I entered the world of epiphanies, forced by boredom to open my daily clown car of ideas, hoping a truly remarkable clown would appear to entertain me for the day. 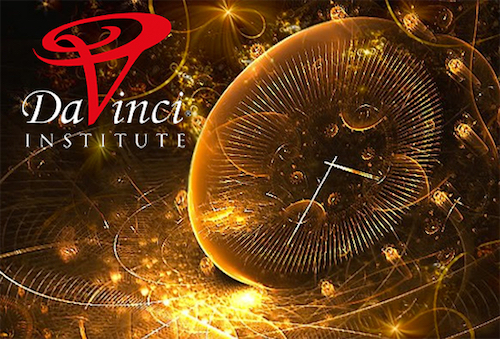 Ideas seemed free and easy and when it came to solving problems, being young and cocky, I felt I could run circles around most people.

I spent 15 years working at IBM, and the company had developed a number of internal systems for empowering their employees. These were creative outlets that allowed ideas to be submitted and I used them heavily. In fact I tended to abuse them.

Over my 15 years at IBM, these ideas resulted in me receiving 274 awards, more than any IBM engineer.

People with lots of ideas tend to be a lot of work for everyone around them. I didn’t realize it at the time, but I was a lot of work.

So when I left IBM to go down the path of being an entrepreneur, I didn’t have the same type of creative outlets available to me. As a business owner, if I came up with a new idea, I would either have to act on it myself or the idea would simply disappear.

Over time I started noticing some of my best ideas starting to slide off the edge of the table. Running a business, I had to be very focused. But as a creative person, there was a circus going on in my head every day.

This created no small amount of internal tension and conflict in my life. Ideas were flowing like a steady stream of water with no place to put them and no vessel to contain them.

Then one night everything changed.

I often wake up in the middle of the night with a grand idea that I wrestle with in a half-groggy state of mind. This typically lasts for a few hours before I can get tired enough to fall back asleep. But this night was different. This night I was receiving a vision that turned into a total nightmare for me.

During this vision, I was told that if I didn’t figure out a way to do something with my ideas that they’d be taken away from me. The idea stream would dry up and I would no longer have them.

The message came through loud and clear. As a person whose best friends were his own ideas, losing them was nothing short of a tragedy in the making. It was similar to having my arms or legs cut off. I would be reduced to a fraction of my former self.

At the same time, this lack of tangible outlets for my ideas was clearly becoming a problem I needed to solve. Over the next few days it would become an obsession.

As I worked through the problem, my first step was to create a vehicle for leveraging ideas. This process resulted in me launching the DaVinci Institute in 1997. The Institute was intended to be a flexible and creative organization with a large enough umbrella to cover all of the projects I wanted to take on.

The second part was to develop a fast way to take these sparks of imagination from rough concepts and quickly build them into usable ideas. As an entrepreneur, taking an idea and turning it into a product was a slow and grueling process. I needed something faster.

In 1998 I started down the path of becoming a professional speaker. No, I didn’t have a clear idea how this would turn out and I seemed to be tremendously deficient in so many areas getting started.

However, the piece that most appealing to me was that I could come up with an idea and incorporate it into one of my talks in a very short period of time. The distance between idea and implementation was no longer months or years. It had been reduced down to days, and often times, even minutes.

Since then I’ve developed a number of creative outlets such as producing magazine columns, books, videos, interviews, social media and much more.

Since then I’ve become an avid student of epiphanies, and what triggers them.

For me, I’ve found that epiphanies often occur during the middle of the night. But I can also trigger them by creating the right conditions like listening to the right kind of music while riding bike or working out at the gym. With the right stimulus in the right surroundings, I can often create “epiphanies on demand.”

But when it comes to the big ones, creating a category five, mass-spectrographic, isotopic, double quad-turbo, full-blown epiphany, those are still rare. However, my research is ongoing and I hope to have better answers very soon.

Bottom line is that epiphanies are very important. Every new product that get launched starts with an epiphany. Every new business, every unique service, every original marketing strategy, every novel piece of legislation, and every mobile app can all trace their origins to a single epiphany. They are essential for business and an integral part of a growing economy. Epiphanies are a critical part of society, and the better we understand them the better we can leverage them to benefit society.

Over the years I’ve looked back at my big life changing moment and wondered what it would have been like to go down a different path. I’ve concluded I was always destined to end up here. This was my calling and if I had only listened to the signals earlier, it wouldn’t have taken nearly as long for me to get here.

Sadly, most people avoid “listening to the voices” and as a result, they never actually get to where they were intended to go.

With that in mind, please let me know how epiphanies have affected your life. Are you an epiphany-junkie like me, and if so, what happens to all your great ideas?