All the Wrong Incentives! A complex coronavirus made worse with bad incentives! 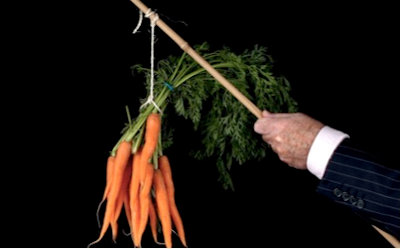 Science behind “dangling carrots,” which is always about the money, shows it rarely works as planned!

If you’re having a hard time getting an accurate picture of what’s going on with the coronavirus, you’re not alone. In a world that has become obsessed with the latest news, testing numbers, trends, and death tolls, it doesn’t help having behind-the-scenes incentives that are guaranteed to give you a false read on what’s actually going on.

The science of incentives has been hotly debated for centuries, primarily because we all know incentives work, but often not in the way they were intended to.

One story that illustrates the problem took place years ago when W. Edwards Deming made a visit to a shoe factory, and the plant manager proudly reported that he had sent one of his quality inspectors home for a week without pay. Inspectors were paid weekly according to the number of shoes they inspected.

When an inspector found a defect in a pair of shoes, they personally had to repair it before they could go on to inspect the next pair of shoes. So, the more defects they found, the fewer shoes got inspected, and the lower their weekly paycheck.

The plant manager said he had discovered one particular inspector gaming the system. He quickly figured out which production workers produced the fewest defects and focused his time just on them. For this reason, the inspector needed to be reprimanded, and was sent home for a week without pay.

Throughout history business managers, politicians, and system designers have focused on architecting the right incentives. However, everything we thought we knew about incentives has been changing, and many of the ones we have today have been created by new kids on the block like tech companies, health insurance rules, retirement plans, investment advisors, and unemployment systems just to name a few.

In general, the best way to understand future trends is to study the incentives. Human behavior is often driven by a particular set of incentives hiding in the background. But you’ll see in a few moments why it’s so difficult to track incentives during the coronavirus era!

As we went through the process of closing down businesses, parks, and restaurants, countless millions lost their jobs, and with it, we lost our sense of purpose. The goals that seemed so important last year suddenly became meaningless.

That’s when panic set in and the first visible signs of the pandemic were empty store shelves, empty streets, and a conspicuous sense of desperation.

We quickly dipped into survival mode.

The survivalist mindset is the most rudimentary level of thinking on Maslow’s hierarchy of need. Step one was hoarding – hoarding food, hoarding cash, and hoarding any supplies that made life doable.

Armored cars filled with cash made extremely large bank deliveries to calm the fears of panicked customers. Supply chains were slower to adapt, but were soon revamped to compensate for shortages.

Now, with the reopening of society just a dangling carrot away, our full attention is once again switching to what comes next. And it’s during this time that the black fog of uncertainty starts to lift as we reset our passions, goals, and desires on high beam to decide the next logical move.

As we look around, we begin to realize how messed up our sense of reality is. While we were distracted, trying to survive quarantine, many new incentives were put into place, causing people to respond in a whole new way. 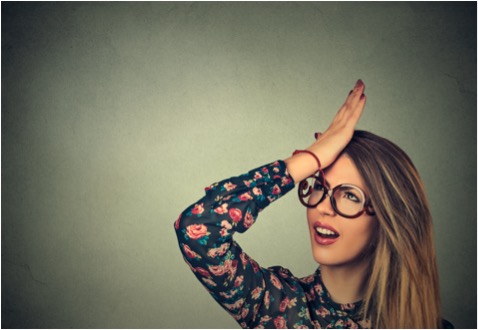 It’s not possible to have this many top-down decisions without a huge number of unintended consequences!

Incentive: Medical systems do get paid more for Medicare patients diagnosed with COVID-19. Even if it’s only presumed they have COVID-19, without having an actual lab test confirming anything, they get paid more.

This higher allocation of funds was part of the CARES Act which included a Medicare 20% add-on to its regular payment for COVID-19 patients.

Unintended Results: Skewed data is always a problem. All of the numbers we’re looking at to decide how risky it is to be around others has been artificially inflated by medical groups trying to make extra money.

Incentive: Any news site that derives its revenue from pay-per-click ads has a vested interest in posting headlines and topics that garner the most attention. Many even go through a series of A-B testing to see which headline attracts the most attention. Fear is a great motivator and any article that scares readers will invariably generate more money.

Unintended Results: Heightened levels of fear, anxiety, and depression lead to greater levels of drinking, spousal abuse, child abuse, and suicide. While elevated levels of hysteria may earn more money, the psychological toll it takes on the rest of society will be several thousand times more expensive.

Incentive: Entire new classes of people are being encouraged to file for unemployment, receive an additional $600 per week for 2.5 months, and stay on unemployment for up to a full year.

Unintended Results: Many now make more money on unemployment and have no incentive to return to work. At the same time, many companies are looking at this as an opportunity to clean house. Older workers, minorities, vocal and activist employees are most at risk here. We will be witnessing the greatest job transition in all history.

Incentive: Tremendous amounts of money were put into play with the CARES Act, but when everyone found out there wouldn’t be enough to go around, panic set in.

Unintended Results: The mad rush to apply for loans and stimulus money has been overwhelming, using dated systems that were never designed to handle this much volume. Extended response times and too few contact numbers has many people spooked. Small business owners are waiting in limbo to decide if they should close down altogether.

Incentive: Fast loans, minimal interest, with super low barrier-to-entry seemed like a dream come true for most small businesses. But now reality has set in.

Unintended Results: Recipients of the SBA loans are overwhelmed by the 19-page document full of onerous restrictions that make the accompanying loans or grants painful to manage. Many will choose to close rather than have the SBA looking over their shoulder. We will witness one of the largest closure of businesses in all history.

Incentive: All small businesses, both public and private, were encouraged to apply for fast and easy low interest loans and stimulus money.

Unintended Results: Since public companies are required to report on what they’re doing, public companies became the media whipping boys for perceived abuses to the programs. At the same time, private companies stayed hidden in the background. Once again, being a public company has lost much of its appeal, so don’t expect new IPOs anytime soon.

Problem #7: The political blame-game turns the whole country into a circus

Incentive: Everything about a pandemic makes it the perfect kind of crisis to blame on other countries, other cultures, and other political parties.

Unintended Results: Spin doctors are working overtime to cast aspersions on political opponents. There is a high likelihood national, cultural, and racial discrimination will manifests itself in increased trade wars and increased tensions globally.

As it turns out, McAllen, Texas is one of the most expensive health-care markets in the US. Medicare spends nearly double the national average on people in McAllen and twice what they spent in El Paso County, Texas, even though they have nearly the same demographics. 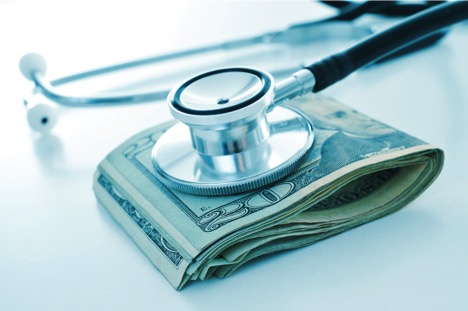 What incentives are guiding your healthcare provider decisions?

The lesson here is that “more care is generally not better care,” because the outcomes showed no significant difference between McAllen and El Paso.

The researcher in this study identified three types of physicians.

There is a widely held perception today that healthcare companies are just in it for the money. While that may be true in many cases, Mayo is doing just the opposite.

Mayo Clinic, which is among the highest-quality, lowest-cost healthcare systems in the country, figured out how to solve this problem decades ago.

The executive team at Mayo recognized that it needed to eliminate financial barriers, so they pooled all the money doctors and the hospital received and began paying everyone a salary. By doing this, the doctors’ goal in patient care couldn’t be tied to increasing their income.

Mayo promoted leaders who focused first on what was best for patients, and then on how to make this approach financially possible. The core tenet of Mayo Clinic is ‘The needs of the patient come first.’

They didn’t worry whether it was inconvenient for the doctors, or their revenues. To this end, doctors, nurses, and even the janitors, sit together in weekly meetings to work on ideas for making their service and care better, not to get more money out of their patients.

Part of the reasons people are so critical of the U.S. healthcare system is because they have no idea what incentives are being used to guide behavior in the background.

For this reason, it looks like we might be on the verge of a new transparency trend in the healthcare industry where people are given a clear understanding of costs before any charges are incurred.

If you have additional thoughts, ideas, or comments, please feel free to add to the conversation.