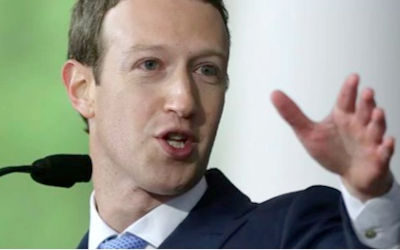 Facebook’s announcement of their new “Supreme Court,” an announcement that was triggered by the coronavirus, represents a massive turning point in human history. While this may not be their goal, it looks like they’re on the verge of creating their own virtual country.

Before jumping to the conclusion that this is “good” or “bad,” my take is that a virtual country is inevitable.

If Facebook were a country, its 2 billion users would make it the largest country in the world. Its $600 billion market cap makes it one of the most valuable companies in the world, and by far the most influential news organization on planet earth.

In late 2018, Facebook CEO Mark Zuckerberg announced plans to create an independent oversight board that could overrule Facebook’s content moderation guidelines, and even overrule Zuckerberg himself.

Unlike a traditional phone line, Facebook is a one-to-many platform. A simple video can go from zero to 10 million views in less than a day.

But Facebook is much more than a conduit for information. It’s a brand, status symbol, a form of entertainment, town-hall meeting, and in many ways, a stamp of approval.

It’s new “Supreme Court” represents a new kind of global authority, much needed in resolving cultural, political, and global conflicts. At the same time, it will operate much like an official policy-making branch of government.

The board is independent from Facebook, but Facebook is funding the board’s operations to the tune of $130 million per year.

If users believe their content was removed from the service unfairly or without cause, they can appeal to this independent board directly. If it decides to reverse Facebook’s decision, that decision “will be binding,” Zuckerberg said, “even if I or anyone at Facebook disagrees with it.”

This naturally takes the pressure off Zuckerberg because he and his staff will no longer be held accountable for any perceived biases in Facebook’s policy.

The initial slate for the Supreme Court is filled with a mix of journalists, judges, digital rights activists and former government advisers from around the globe. Evenly split between men and women, varying political agendas, races, and geography, members appear to represent a broad spectrum of interests.

Here is a list of the first 20 Board Members, which will grow to 40 over time. 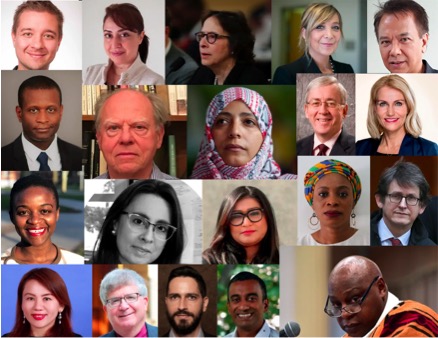 So far there are no details about how often these groups will meet, whether it’s in person or virtual, overall size of their caseload, or the most urgent matters at hand.

Each Board Member will have their own staff along with their own areas of responsibility.

Back in 2015, I first discussed the idea of “fractal organizations,” which represent a narrow spectrum of global authority managed by a board of directors comprised of directors from each member state. Here’s what I imagined:

“Since technology is exceeding governments’ ability to manage it, new global systems in the form of fractal organizations will emerge as a possible solution. Each fractal would be highly automated, and comes with its own management structure.”

“I think of them as fractals because each represents a tiny bit of order in an ocean of chaos. If fractals catch on, we will also see other new patterns of governance emerge. Fractal Organizations will be positioned at the intersection of national and global governance.”

Facebook has been well aware of the enormity of its growing problem. “One of the most painful lessons I’ve learned,” CEO Mark Zuckerberg wrote in late 2018, “is that when you connect two billion people, you will see all the beauty and ugliness of humanity.”

This Board will give it a huge amount of credibility, deflecting much of today’s criticism, allowing both Zuckerberg and Chief Operating Office, Sheryl Sandberg, to focus more on the business side of the equation.

That said, they’ve only begun to peel back the layers of possibility here. One step at a time, I’m convinced Facebook will evolve into something resembling a virtual country, and the world will be much better off because of it.

These are the initial 20 members of Facebook’s Supreme Court. 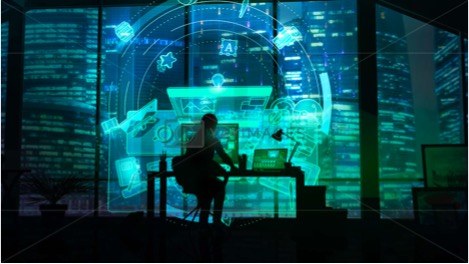 How can “Facebook Laws” coexist with the laws of other countries?

The Internet has created a vast number of borderless economies, and each are confusing issues of power and control, and even the sovereignty of nations. We are entering a new era of public power and control. The true power that is beginning to emerge is more Technocratic, meaning that we are beginning to reorganize the world around the technical imperatives of global competitiveness and economic efficiencies.

In the past we have associated the concept of country with attributes like geographical boundaries, common people, common language, common government, national currency, its own set of laws and regulations, and a series of systems that tie the country into a functional entity.

But not all nations have their own land. Throughout history there are many examples of people in exile or nationalities with a strong heritage and a differentiated culture that exist as a people within one or several countries.

The concept of a virtual country brings into questions some of the traditional notions about what creates the cohesion or loyalty within a group of people. One of the key functions is the ability to resolve conflict and that’s exactly what Facebook is creating.

Can Today’s Nation-State Co-Exist with a Virtual Country?

Countries today are described as nation-states. The concept of a nation-state took root in the little remembered Treaty of Westphalia that was signed in 1648 AD. The Treaty sorted out some of the land issues in Europe and opened the doors for religious freedom by creating some levels of separation between church and state. But a very significant part of this Treaty involved the recognition of one country’s ability to sign a treaty with another country. This became the operational ground rule for all major countries – self-defined relationships with other countries.

Traditionally, governments that operate as a nation-state provide a protective bubble over their people, giving them systems and structures within their borders to live and operate businesses. But several technology trends, such as borderless economies, are beginning to complicate traditional government control over their own citizens.

As a first step, if Facebook bought an island and moved the company headquarters to neutral ground, it would feel less subject to the whims of other countries. Naturally this will raise many more questions:

Can Facebook make the Transition to a Virtual Country?

At the end of WW1, USA President Woodrow Wilson promoted the concept of “self-determination”, a powerful idea in the 19th century, particularly for Europe. The message from President Wilson on Jan 8, 1918 stated:

Stepping through a logical transition from Facebook as a business to Facebook as a country, it might begin with turning over corporate policy decisions into a democratic process. Since user data is already leveraged to determine most of their business decisions, formalizing their data collecting into more of a voting process would help cement the relationship with their “citizens.” 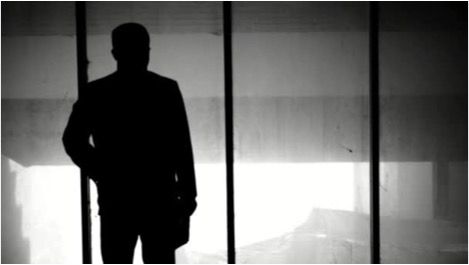 The process would begin with formalizing a constitution, or statement of purpose, outlining their mission and goals both for themselves, their people, and ongoing role and commitment to planet earth. Once that’s created, they would form a transition team to help manage each stage of development and serve as a sounding board for objections, pushback, and criticism.

After the Supreme Court, the next agency would be a ‘foreign ministry” office to manage their relationship with other countries.

Facebook is already imposing an “eyeball tax” on all their users. Additional fee structures may be imposed over time. Keep in mind, people are always free to leave if they don’t like it.

If Facebook proceeds to introduce their own Libra cryptocurrency, will that enable them to create their own online banking system as well? Will Facebook citizens be able to take out a house loan or business loan through the Bank of Facebook?

With the amount of data flowing through their platform, Facebook already has the ability to make risk assessments that may be far more accurate than traditional credit bureaus.

Facebook will continue to evolve with or without making the transition to a virtual country.

That said, existing governments do not like the idea of having their citizens under someone else’s control. It creates the potential for developing an enemy army within the confines of its own territory, with the potential for disrupting domestic peace and tranquility.

However, all nations have “outsiders” existing within the confines of their own borders. Whether or not the person is a citizen of a virtual country is of little consequence to the host nation provided the person abides by the laws and pays all their taxes.

But one of the big attractions of joining a virtual country will be the ability to operate outside of the bounds of your existing country. The idea of being able to say “these laws don’t apply to me” is a huge incentive for some people. And that is where the security issues become a massive concern. Forging an equitable rule of law among all people in a country is one of the founding principles of democracy.

For this reason, virtual countries will, by necessity, have to guarantee non-interference in the laws of the host nation. They will also have to guarantee that all of their citizens will abide by the laws, and be subject to any legal or judicial system serving to enforce compliance.

To be sure, the creation of Virtual Countries will be fraught with many problems. Recognition of new countries is discretionary and highly political. New Nation-States must be recognized implicitly or explicitly by other nation-states.

In order to guarantee international security and avoid conflicts, an International Organization, such as the United Nations, will need to exercise some controls.

Competing for citizens is not a concept that will be easily accepted by existing countries. The United Nations will invariably play a significant role in the formation of virtual countries. But it will be the “will” of the constituency that will determine a virtual country’s viability.

Is this a path Facebook can or should go down?