Perfectly Human: The inconsistent exception to every rule 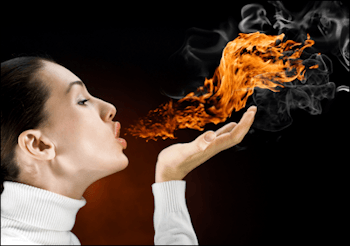 If you think you understand people, you’re not really paying attention.

After pondering this question, the responses were a mixture of “there is no intelligence in nature,” and “nature is not an entity with a singular intelligence.”

Each one of us is part of nature and the intelligence we add is critical to the overall ecosystem.

Logically this raises several questions about an overarching intelligence, and we’ll get to that later. But, exactly what is this thing we call nature, and why do we hold it in such high regard?

One of my pet peeves with the food industry has been the association of “all natural” with “good for you.”

Not everything found in nature is good for you. Things like poison ivy, hemlock, chrysanthemums, and rhododendrons are poisonous. Nature’s extreme weather events – tornadoes, hurricanes, and earthquakes – are massively destructive. Viruses and diseases can also be considered “natural.”

Even though it fails the logic test in spectacular fashion, we somehow continue to fall into the trap that nature has it right.

No, nature didn’t have it right when it came to the dinosaurs, the dodo bird, or the saber tooth tiger. Nor did it have it right for the Aztecs, Incas, or the Anasazi.

That said, we may have some fascinating clues as to why these things that don’t make sense continue to happen, and the clue comes in the form of a question that is impossible to answer.

The question: Why is there an exception to every rule?

Why does anything exist?

Call me a skeptic, but there is no place in my mind that I can rationalize the random coming together of bizarre factors to create the universe as it’s described in all the science text books.

Out of nothing, came something. Color me unconvinced!

How does any of this make sense? Every step used to describe the chronology of the universe fails the “why test.” Why did that happen, and why does anything exist.

Keep in mind; a description is not an explanation. And repeating these unproved and unprovable theories enough times does not make them true.

What we have been witnessing is the creation of multiple support theories to prop up the original unprovable theories, with literally billions of textbooks published to make it look like a given fact, when someday everyone will refer back to it and laugh at how it masqueraded as “big science.”

We still don’t have a clue about what’s in the center of the earth, so why do we think we can say with any level of certainty how the universe was created.

In 1931, Kurt Gödel published his famous incompleteness theorem. They showed that in any mathematical system, there are certain questions that cannot be answered. As a result, mathematicians have come to grips with their inability to understand the universe.

1. No consistent system of axioms whose theorems can be listed by an effective procedure (such as an algorithm) is capable of proving all truths about the arithmetic of the natural numbers.
2. If a system is sufficiently complicated, it cannot be both consistent and complete.

Beyond what he had originally proposed, Gödel’s theorems also confirm the hypothesis that there is an exception to every rule, saying it’s impossible to find a complete and consistent set of axioms for all mathematics.

Approaching this topic a bit differently, in 1936 Alfred Tarski proposed his Undefinability Theorem stating that truth is officially undefinable.

As humans, we are officially inconsistent, undefinable, and incomplete. As a result, there are certain things in science we can’t know. They are the exceptions to our rules of understandability. 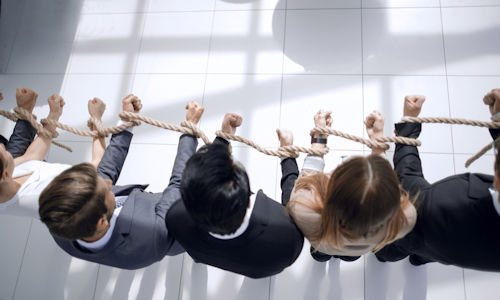 Without problems, there would be no work!

How can a flawed system work better?

If I were to design the operating system for humanity, logically I’d want everything to work as planned. I’d want consistent relationships between cause and affect.

In fact, I would want every scientific law to be irrefutable, to work perfectly, every time. And yet it doesn’t!

We live in a world where there is a flaw in every theory, imperfections in every design, and a continual degradation in every person, object, and system over time.

There is an exception to every rule.

But it’s not the fact that it’s unachievable that’s important, it’s why our overarching design for humanity works this way – that’s what I find most intriguing.

For some reason, flawed humans work better with flawed designs and flawed systems. But why?

Everything fails the sensibleness test, unless you assume there is a higher form of logic at play.

The forces of gravity, speed of light, and quantum theory don’t have their flaws just because gravity, light, and the quantum guy were sitting around having a beer one night saying, “Hey, I think we should mess with people’s heads and create a bunch of imperfections!”

No indeed, clearly there are bigger things in the works. This is not intended to be a religious argument; rather it’s an argument about the known vs. the unknown, and the preponderance of garbage theories that invariably expand to fill the void. 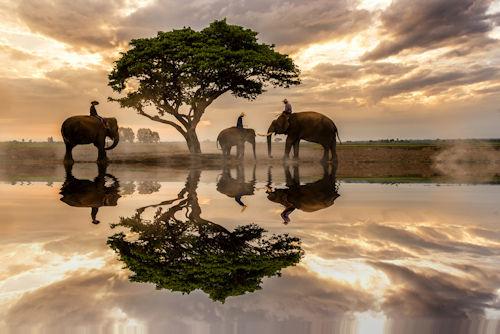 We are the center of a much bigger story!

Nature is not human-centric

Nature is neither our friend, nor our enemy.

If something is considered part of nature, it generally refers to the phenomena of the physical world, and also to life in general. It ranges in scale from the subatomic to the cosmic.

But it’s critical to frame our thinking around the fact that nature is not human-centric. It doesn’t have our best interest at heart.

There are no ethics or morality in nature. Morality comes from our values and nature doesn’t concern itself with any human-centered tenets or beliefs.

“If we continue to use ‘nature’ as our moral compass, we will invariably get it wrong. Nature doesn’t care.”

As we begin to deal with the complex issues ahead, I find my role and duty as a futurist changing. At times I’m looking at the future through the eyes of a philosopher, ethicist, and truth seeker even though “truth” has become such a murky issue in the increasingly squishy fields of science and physics.

Much like Schrodinger’s cat, truth is never there when you need it.

Understanding how the future unfolds will require accounting for difficult decisions along the way. These decisions become key turning points in human history. The ethics and morality of ages past will have little bearing on many issues we face in the future.

That said, I would love to hear your thoughts. Unlike most of the topics I cover, this has been more of a personal rant, so please feel free to help set the record straight.