A couple years ago my wife and I visited the beautiful Spanish city of Segovia located in the center of Spain about an hour northwest of Madrid.

At the heart of the city, nestled close to its historic shopping district, are the iconic aqueducts built during the Roman Empire nearly 2,000 years. Although the exact dates of construction cannot be confirmed, the latest evidence would suggest a start date of roughly 112 AD.

The Segovian Aqueduct has long intrigued me because it represents a rare piece of history from the distant past.

While there are a few dozen structures older than the aqueducts with the best known being the Egyptian pyramids, the Greek Parthenon, and the Roman Coliseums, there are indeed several that are much older.

The little known Cairn of Barnenez in France is widely considered to be the oldest man-made structure on planet earth, estimated to have been built in 4800 BC.

Two others, the Tumulus of Bougon and the Tumulus of St. Michel were also built in France in that era. All three were tombs or burial sites with very little known about their actual origin.

Wikipedia has a listing of 106 ancient structures that were built before the BC age ended. To be sure, none exist in any usable form other than a tourist attraction or center of archeological research.

The one exception may be Stonehenge. Since we have no idea what its function or purpose was, it may be working fine and we just don’t know it. (We love to joke about Stonehenge.)

However, it brings up an interesting question about how much of our society today will still exist 2,000 years from now. 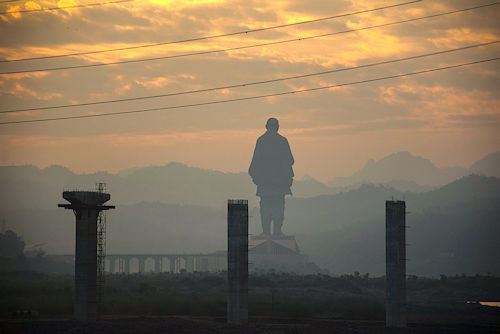 If we look around the world, what buildings, structures, sculptures, or artifacts of our world will still be present in the year 4,000?

When it comes to famous buildings, will we still have:

When it comes to iconic works of art, will we still have:

If we think about infrastructure, will we still have:

The Long Now Foundation, formed in 1996, is a San Francisco non-profit organization pushing the idea of very long-term thinking and planning. Founded by Steward Brand and Danny Hillis in 1996, it aims to provide a counterpoint to today’s “faster/cheaper” mindset and promote “slower/better” thinking. As a Foundation, it hopes to create a long vision framework for operating over the next 10,000 years.

According to Steward Brand, “Civilization is revving itself into a pathologically short attention span. The trend might be coming from the acceleration of technology, the short-horizon perspective of market-driven economics, the next-election perspective of democracies, or the distractions of personal multi-tasking. All are on the increase. Some sort of balancing corrective to the short-sightedness is needed – some mechanism or myth which encourages the long view and the taking of long-term responsibility, where ‘long-term’ is measured at least in centuries. Long Now proposes both a mechanism and a myth.”

The Foundation has several ongoing projects, including the Clock of the Long Now, also called the 10,000-year clock. This mechanical clock, which is under construction, is designed to keep accurate time for 10,000 years. The manufacture and site construction of the first full-scale prototype clock has been funded with $42 million from Jeff Bezos’ Bezos Expeditions, and is being built on land which Bezos owns in Texas. 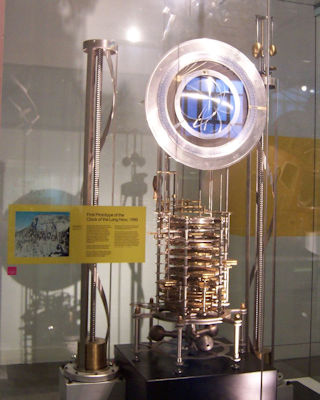 But human nature shows a different side

Human nature is often a disturbing thing to witness.

One of the tactics used by leaders throughout history has been to destroy all records of the past as a form of cultural cleansing. So no thinking about the future or the past. Here are a few examples: 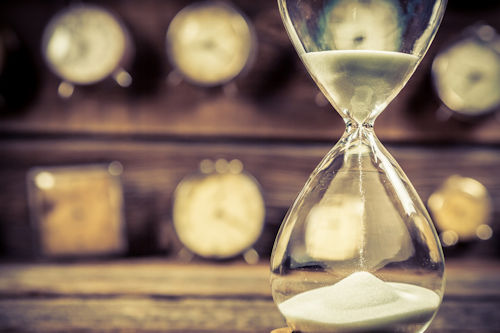 Will our time systems still be the same 2,000 years from now?

Thinking through the artifacts that will continue for the next 2,000, my initial thoughts focused on tombstones. I have serious doubts that cemeteries will survive, but the tombstones themselves are rather impervious to environmental degradation.

This is also true for anything underground such as tunnels and caves. Once something is removed from extreme temperatures and extreme weather, overall deterioration slows considerably.

Will we still have airports, railroad lines, highways, power lines, waterlines, or landfills?

Drilling deeper, will any of our systems survive? Will we still use electricity, paper currency, the 24-hour clock, the metric system, or the Gregorian calendar?

Technology is quickly outdating every new format for information. We’ve gone from 4-track, to 8-track, to the old 8” disks, to 5.25” disks, followed by 3.5” disks, thumb drives, remote backups, and whatever comes next.