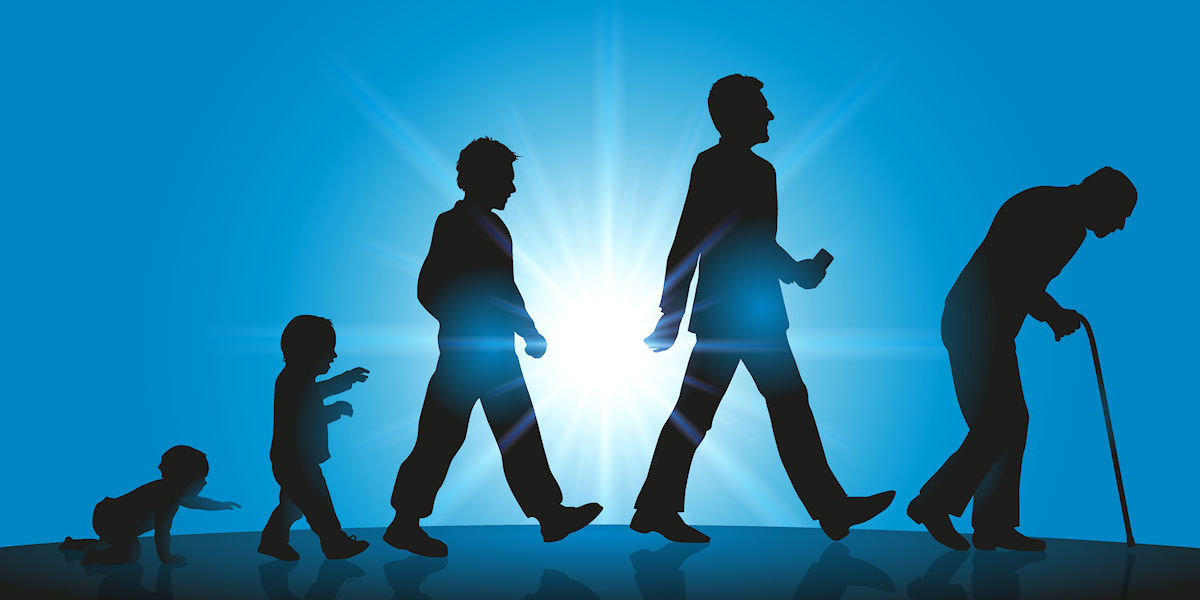 How do we build a more valuable human?

That’s essentially what education is all about. Each of us has only one body and one mind, and whatever we do to increase our skills and capabilities will make each of us more valuable on the world stage.

So how do we calculate the value of someone’s life?

For some of us this is a very disconcerting question because it attempts to put a monetary value on a person, something we prefer to value in far different ways.

But that is exactly what governments and businesses find themselves doing on a daily basis. Every time an insurance company calculates their premiums, militaries plan their budget, or juries calculate an award in a product liability case, the value of human life is a central part of their decisions.

In fact, we make value judgments about people all the time. On a subconscious level we are placing an emotional value on every personal decision, object, place, or thing. The little voice in our head is constantly saying things like:

Much like adding an adjustment for inflation, cost of living increase, or adding a premium for brand name anything, we are constantly readjusting the value filters in our minds.

To some, the difference in value between a homeless person in Africa and the CEO of a major corporation may be well over $1 billion. To others, these are people that should be considered equal in value.

Seven global shifts are currently underway causing the underlying value of human life to move up the exponential growth curve, and along with it, a massive reassessment of corporate decision-making is about to begin.

To set the stage, in 1977 there was a televised debate about the value of human life between the late Nobel Economist Milton Friedman and an aspiring young filmmaker Michael Moore.

At the time, Ford motor company was dealing with a series of well publicized car accidents where a ford Pinto was hit from behind, causing the gas tank to explode, resulting in the death of the people inside the car.

In this exchange Moore objects to a decision that was made by Ford Motor Company in the 1970s, based on a typical cost-benefits analysis, to not spend an additional $13 per car to change the design of the Ford Pinto gas tank in a way that would reduce the likelihood of gas-tank explosions.

Friedman contended that Moore’s complaint merely was over the low value of $200,000 per life lost, not over the principle that the value of human life has a finite upper limit. Moore seemed to agree with that principle, but he objected to the idea that some executive at Ford could casually decide the fate of Pinto buyers, and that the value of avoiding a horrible death or injury from a burning Pinto was as low as the company had assumed in its formal risk analysis.

Moore assumed that most Pinto owners would have gladly paid the extra $13 to fix the gas-tank problem. But business decisions like this are far more complicated than that with literally thousands of tradeoff decisions like this being made on the design of every vehicle, where 100% safety can never be guaranteed, and cost savings is always a significant factor.

However, a cost-benefits analysis like this would have looked dramatically different if the value of a human life were to shift from $200,000 to as high as $2 billion sometime in the future.

If you’re wondering how much your life is worth today, you’re not alone. We now have the ability to quantify the value of human life with far greater accuracy.

For this reason I’d like to draw your attention to seven factors that will drive “value-of-life” calculations like this through the roof in the future. Let’s start with declining birth rates.

In his August 12th appearance at the World Artificial Intelligence Conference in
Shanghai, Elon Musk emphatically stated, “I think the biggest problem the world will face over the next 20 years is population collapse!” And he emphasized the word “collapse!”

At today’s birth rates, over 20 countries will lose half their population by 2100. This includes Korea, Italy, Japan, Poland, Portugal, Spain, Thailand, and several more. China’s population will fall from 1.4 billion people today to 730 million in 80 years.

As birth rates decline, each child becomes more precious, and the value of each life rises.

It is the children and grandchildren of today’s young people that will determine the fate of our world, and those kids are being born primarily in Africa and parts of Asia. Pay close attention to these six countries: Nigeria, Congo, Tanzania, Ethiopia, Angola, and Pakistan. The future of our planet is happening inside these countries.

According to Pew Research, these six countries are projected to account for over half of the world’s population growth through the end of this century.

At the same time, very little money is being invested in educating this future half of the planet. According to the UN, roughly 69 million new teachers are needed.

In Africa, where they have the fastest growing school-age population, over 20% of all children do not attend any school whatsoever.

It’s important to understand that as humans we have a mandate to pass our learning from one generation to the next. But very little of this learning is currently reaching remote regions of the world.

For this reason we are on the verge of an education explosion unlike anything we’ve ever imagined! 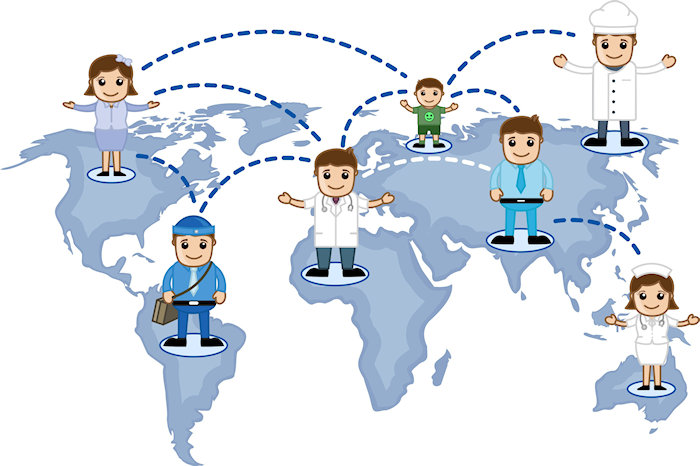 Much of our value to society is being formed around relationships.

The only way the human race will survive is by people forming relationships and having children. Yet there are powerfully few schools that do a good job preparing students even though there have been countless books written on this topic.

In the 1990s, British anthropologist Robin Dunbar claimed that the number of people you can manage strong relationships with was around 150. This became known as the Dunbar Number. However, social media has changed his entire theory.

Social media relationships, something that never even existed 20 years ago, now consumes the vast majority of our relationship-building time. And our expectations surrounding a “good” relationship has vastly changed over the past two decades.

Our ability to connect digitally has done more than just change how we find the perfect romance, it’s changed how we network, form business deals, and sell a product. Keep in mind, it wasn’t all that long ago when most relationships began with a smile and a handshake, rather than a click or a swipe.

With each new connection, the value of our influence along with our value as an individual grows along a similar exponential growth curve.

3. Improving Our Base of Skills

A skilled laborer is more valuable than an unskilled one, and a multi-skilled individual is even more treasured.

Over time, our ability to accurately assess macro and micro skills will add to the growing body of evidence that the value of human life is indeed snowballing.

Counter to fatalist thinking that automation will cause large numbers of people to be unemployed, automation is simply readjusting our capabilities. By 2030, with the help of automation, the average person will be able to accomplish exponentially more in their lifetime than their counterpart today.

Life expectancy is currently increasing by two years every decade, and there are few signs that it’s slowing down. Average life spans around the world are now double what they were 200 years ago.

Many times in the past, experts have predicted the increase in life expectancy would slow down and may even reverse, but they have repeatedly been proven wrong.

So will aging increase …forever? Is there a limit to how long we can survive into old age?

With improved diets, lifestyles, and healthcare advances particularly in such areas of gene therapy, stem cells, CRISPR, and radical life extension research, having people reach the age of 250 with an active lifestyle becomes increasingly probable.

Most experts have concluded that there really are no hard ceilings that will prevent us from living indefinitely.

In Great Britain, as an example, the Office for National Statistics predicted in 2010 that nearly one-in-five people will live to see their 100th birthday.

As the producing/consuming years of human life grows, so does its overall value. 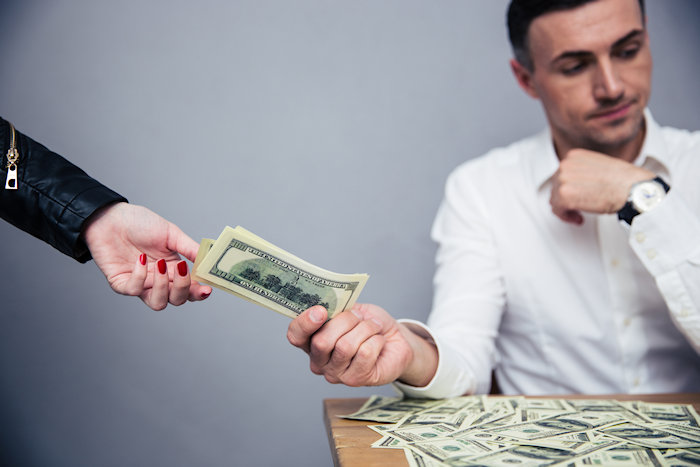 Building wealth is becoming increasingly easy to understand. With literally millions of books, apps, and tools designed to help guide our thinking, it no longer requires luck, genius, or special connections.

The growing number of tools at our disposal, such as artificial intelligence, blockchain, cryptocurrency, and advisor networks are making this information available to literally everyone on the planet.

In addition to physical wealth, we have created numerous ways to accrue less tangible forms of wealth such as property rights, digital assets, and intellectual property.

So far, we are only scratching the surface of what’s possible. In the future we will uncover exponentially greater options.

At the same time that global wealth is increasing, extreme poverty is dropping.

The World Bank has established a set of goals including the goal to end extreme poverty and promote shared prosperity. Extreme poverty has been steadily declining.

While extreme poverty is expected to rise in 2020 for the first time in over 20 years as a result of the COVID-19 pandemic, the overarching trend will be to compensate for this momentary blip, and continue to decline.

We still have a long way to go to create what many believe to be an equitable distribution of wealth around the world, but it’s moving in the right direction.

Along with decreasing poverty comes increasing purchase power among even the poorest of the poor.

7. Accelerating Sense of Preciousness in Children

Most families today are fine with only one or two children. Dropping from families with 6-10 kids just 50 years ago to less than two today, the amount of time and attention dedicated to each child increases.

From an investment standpoint, parents today are willing to pull out all the stops. They view everything from better daycare, to better clothes, athletic programs, travel, and technology as worthy investments in their children’s future.

These seven major trend lines, combined with dozens more, will be causing us to continually rethink how we value human life.

As the value of people climbs into the stratosphere, it will have huge implications on everything from product liability cases, to life insurance, to the way we value ourselves.

Will a better bed cause us to be better rested, extra alert, and more valuable in the future?

People in the future will view themselves as being in a constant state of improvement.
This means that over the coming decades we will become exponentially more fixable – trainable, repairable, improvable, and even re-inventable.

It will no longer be about who we are today, but who we have the potential to become in the future.