Drone Delivery: A Massive Huge Industry Coming Soon to a Doorstep Near You 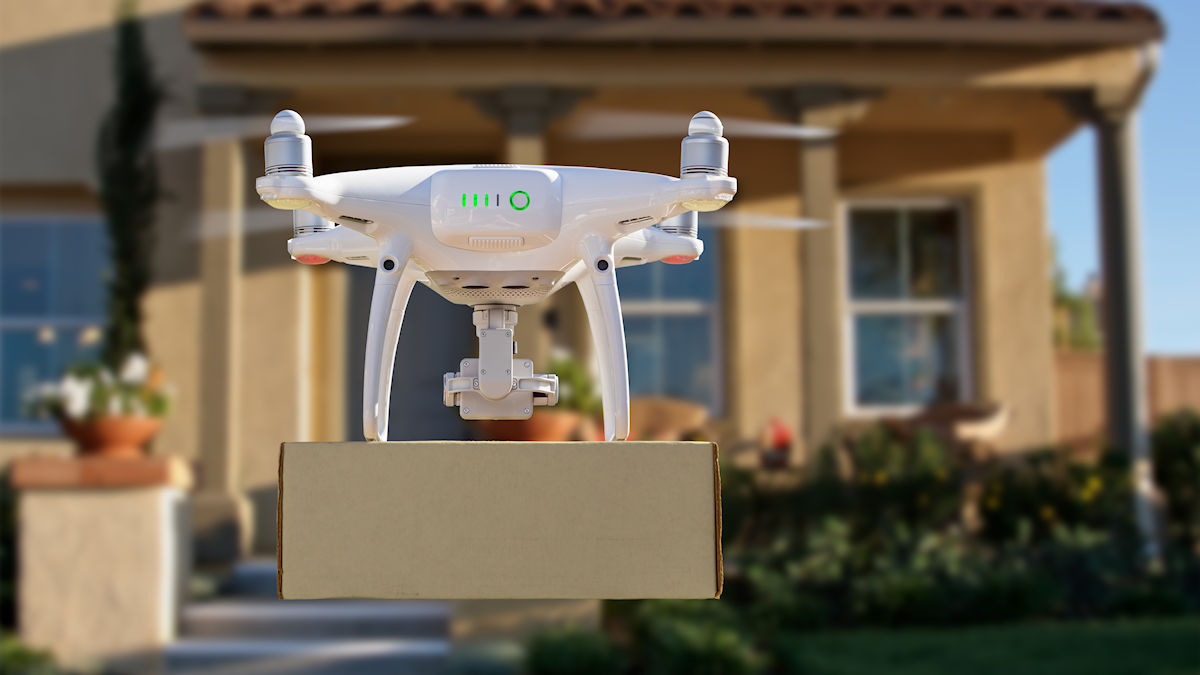 The path to the future is really many paths, each moving in fits and starts with rapid progress along some and unexpected but ultimately explainable delays along with others.

In 2015 I looked in detail at the progress of the drone delivery business. That column, titled “37 Critical Problems that need to be Solved for Drone Delivery to become Viable,” goes A-Z with all the logistical challenges that will likely be encountered and will need to be addressed in the context of a residential drone-powered delivery.

We can cross some of those challenges off the list – especially those related to the battery technology of the drones themselves.

Although I didn’t put a date on the ultimate point when drone deliveries would be widely implemented, I’ll admit I was overly optimistic about that timeframe. I’m not the only one, though. Thanks to early hype from Amazon and others nearly a decade ago, we were led to believe this was just around the corner. It wasn’t, but a lot can happen in eight years.

So now, it would appear, we’re almost there. The concept has been proven and in 4-6 years, a majority of people in the U.S. will be able to receive drone deliveries of food, medication, and relatively light packages. This same transition, however, will be even quicker and more comprehensive in China and other APAC countries.

Don’t Let Perfection be the Enemy of Progress

“When” is an important and fun question to consider, but first let’s ask a more serious one.

Does every logistical, ethical, and safety contingency situation need to be addressed and resolved in advance before we begin widely deploying these groundbreaking technologies?

There’s no right answer, but I can’t help but think about the introduction of cars in the early years of the 20th century. Gottlieb Daimler, Karl Benz, and others were instrumental in designing and prototyping automobile technology in the decades prior to that. Henry Ford made his own improvements and, maybe even more important, developed the assembly line process for mass-producing his car and bringing automobility to the general public.

However, an observer back in 1906 could have written a similar article to my drone delivery piece, but with a twist. They might have echoed today’s “solve everything first” mindset by saying we needed to address safety, logistical, and infrastructure challenges before cars should be introduced to the masses. Logically things like road, traffic safety codes, fuel stations, airbags, driver training, driver’s licensing, and insurance, should be in place prior to selling cars.

Instead, the Model T was literally rolled out first, and these other things evolved quickly or in subsequent years and decades. When the need became apparent, the challenges were met.

That’s the path to the future. Sometimes we need to rely on human ingenuity, and just let things work themselves out as we go. 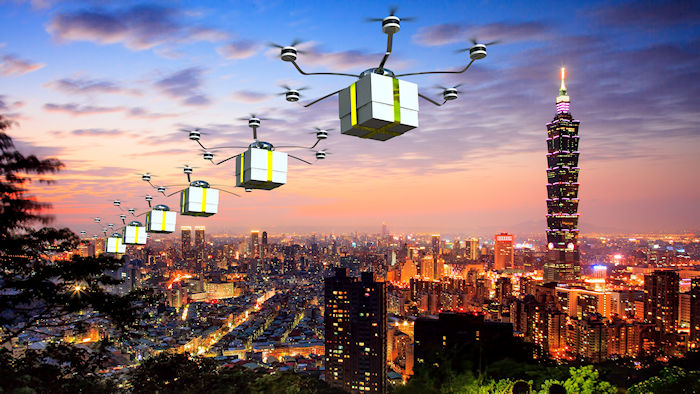 Some Hurdles Cleared, Others to Come

But back to delivery drones. Except for important safety protocols and licensing standards, many of the logistical matters related to drone delivery should be left to the market and the innovators. How will we deliver to high-rises? Someone will figure it out. What about rural delivery? Technology and warehousing will address much of that. Chalk that up to the “messy early years,” that I described seven years ago.

Let’s just get more delivery drones safely into the air! I say “more” because they’re already out there.

The good news is that the FAA seems to be willing to get out of the way of the industry and let this happen for the most part, again after putting a few safety guardrails in place.

That’s why we’re finally on the cusp of widespread implementation of this service category – and just in time given the shortage of labor and the explosion of the online economy.

Will We Even Know the Date When it Happens?

Like many breakthroughs, there won’t be a red-letter day where the switch is thrown, and delivery drones flood the skies. We’ll begin seeing them more and more until we don’t really notice them at all.

A colleague of mine was visiting friends in a Seattle suburb recently and told me he saw one of Amazon Prime’s Scout robots rolling down the sidewalk making a last-mile delivery. Needless to say, he noticed it, but the locals he was with seemed to take it in stride. In fact, many companies are deploying delivery robots in certain areas to deliver groceries, prepared food, and light packages.

Although they’re not routine or widespread, commercial drone deliveries are happening – mostly launched as pilot projects and publicity demonstrations or for emergency medical deliveries.

Wings, an Alphabet company, was set to begin drone-based delivery services last month in select Dallas-Fort Worth suburbs after successful experiences in test markets in Australia. Alphabet’s Wing is now delivering via drone for Walgreens in those Texas locations with plans to work with other healthcare providers and retailers.

Interestingly, and as an aside, Alphabet’s Wing drones don’t land at their destination – they drop their cargo from 20 feet or so with a tether line. Once it reaches the ground, the container is automatically unhooked.

Can Drone Delivery Be Profitable?

Drones won’t be widespread until the path to profits is clear. It’s hard to define where “pilots” end and “regular service” begins for most drone-based packages and food delivery. We can be sure though, that it will quickly become the norm right around the time that there are sufficient efficiencies in the technology and demand for the service to send the profit projections in the right direction.

We’re on that path now, and we have plenty of proof-of-concept examples, thanks to the pilot programs. The vehicle technology is good and it’s only going to get better. There are tens of thousands of documented successful deliveries, primarily in non-U.S. markets.

In addition to vehicle enhancements that will add energy efficiencies and reduce capital costs, we’ll have continued breakthroughs in systems and processes, such as the ability to make multiple stops and deliveries on a single trip.

One evolution that’s lacking, which accounts for the bulk of my 4-6-year estimate, is the lack of certainty around local regulatory authorizations – it will likely be a city-by-city approval process for every company and its technology.

And then there’s the demand side. The pandemic propelled the market for home deliveries in general to levels that would have otherwise taken decades to reach – if even then. This demand will need to remain high if the delivery drone sector is going to be sustainable and profitable.

The news is encouraging there, too. One consumer survey indicates that consumer demand for home delivery will likely continue to drift up even as pandemic restrictions are lifted.

For many, home delivery clearly is a convenience worth paying for. That particular survey showed, though, that the reliability of current systems has a long way to go in the eyes of the home consumer. That means delivery drones will need to make the case – and prove it very quickly – that they’re a reliable and predictable delivery solution. In other words, they’ll need to do better than Grubhub, Uber Eats, and Instacart.

The Markets Seem to Back Delivery Drones

Maybe the best indicator of the potential for drone delivery might be the willingness of investors to back these ventures and companies.

Market analysts are generally bullish on this sector, with some, for example, citing the possibility of automated fulfillment centers with a nearly literal beehive of activity as orders are filled by robots and delivered by drones.

There are numerous analyses, such as this one from Data Bridge Market Research, that indicate the growth rate in drone package delivery will be well into the double digits from now and into the foreseeable future.

So don’t be disheartened. Drone deliveries will soon be coming to your doorstep. This time I’m positive.