Should we have the right to be invisible? 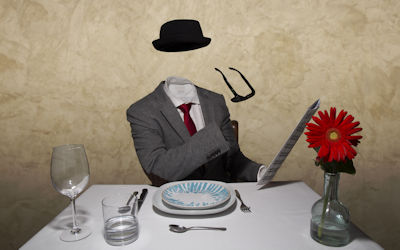 We’re hearing a lot about “the right to be forgotten,” as the European Union is taking the lead in adopting policies that allow a person to request their personal information be removed from the Internet or other information databases. Significantly, this issue is also called “the right to erasure,” since it doesn’t prevent the initial posting – it calls for a reactive step: removing the information after it’s out there.

A related erasure-type issue, and one that’s a little harder to get your hands around, is the expectation of “the right to be invisible” – in other words, the right to ensure that your image isn’t stored or shared without your consent.

The very first photograph was taken in 1826, the view from the photographer’s window in France. No people are visible from what I can see on that fairly blurry shot, so personal privacy was safe, at least for the very brief time being. It wasn’t long, though, till group and individual portraits were all the rage.

How many times will your picture be taken today?

This year we’ll take more than 1.4 trillion pictures according to some estimates. And that doesn’t include passive, automated pictures ranging from street-level building security cameras to doorbell cameras, which is part of the challenge with asserting the right to be invisible. Passive cameras record what they see. Period. If you go outside, you will eventually be captured digitally. That picture of you taken at a random moment in time may sit someplace for a while or forever. No human being may ever see it unless they have a reason to look.

Can technology support the right to be invisible? Is it possible to demand your image be deleted if you don’t even know it’s been captured? Can security cameras be programmed to blur out the image of someone who has received permission to be invisible? I wouldn’t bet against very smart people figuring out these kinds of challenges. But there are bigger issues here. Who serves as the judge to allow you to opt out of today’s ubiquitous image capturing? Will it be like TSA pre-check programs, except those who pass a background check not only get through security quicker but the cameras around the world are turned off for them?

How far is too far?

We’re all aware of some compelling advantages to extensive image capturing. We’ll soon be able to monitor people’s health and safety with drones. We can prove guilt or innocence at a crime scene thanks to the bystander cameras, officer body cameras and traffic/street level cameras. We can pick up the trail of missing children (and shake our heads at porch pirates) thanks to doorbell cameras.

Then of course there’s the arguments against invisibility. Some folks have things to hide that we all need to know about. There’s a reason bank robbers wear masks. In fact, that’s why some people tell me they don’t care about being caught on tape: “I’m not doing anything wrong, so I don’t care.” By implication, though, they’re saying that those who want to be invisible do have something to hide. That’s not fair. Do privacy advocates need to justify their position? Is their concern, or even paranoia, about who’s sifting through the footage a good enough reason to insist on being invisible?

Technology constraints aside, should we have the right to insist on invisibility? Maybe COVID has solved this problem for those who don’t want to be seen. Just keep wearing your mask outdoors. After all, even my phone doesn’t recognize me now!

I am sure there’s something I haven’t included here, so please share your thoughts with me!