U.S. government analysts have predicted that between now and 2050, energy demand worldwide will increase by almost 50%, due primarily to the use of electric cars. And by that time, renewable energy will need to overtake the share of energy we receive from traditional sources like coal, oil, and natural gas. But it will take a lot more than wind-farms and solar farms to do it.

Many experts believe solar power is our energy source of the future. It would be an understatement of the highest order to say that the sun couldn’t meet our energy needs if we could effectively figure out how to capture its energy. The sun emits 386 billion million gigawatts of energy on to the Earth’s surface, while we only consume a few thousand megawatts.

We’ve only Scratched the Surface with Solar

Our approach to solar so far has focused on trying to catch those rays that reach the earth with strategically placed solar panels. These panels are becoming more efficient thanks to the new materials, smaller components, and their ability to track the sun across the sky. At the same time, larger and larger solar farms are being deployed on land and on sea.

But that’s just a solar drop in the bucket. Where is the breakthrough that will create the sea change in technology that will get solar well past its current 2-3% share?

Reaching Out to the Sun

That breakthrough will have to solve the challenges not only of scale but of the interruptibility of solar power. Most of the solar energy approaching Earth is lost as it makes its way through the atmosphere. Then of course there’s the daytime, nighttime effect due to the Earth’s rotation.

Moving our point of solar power collection closer to the sun by creating a satellite power plant in space that continually faces the sun will address both of those issues.

The concept is called space-based solar power (SBSP) or solar power satellites (SPS). Many countries are steadily working on how to make this happen. Japan was one of the first, as I reported seven years ago.

Russia, the European Union, and India are also focused on this effort. China claims they will be collecting solar energy this way by 2030, but it’s unclear what kind of scale they’re envisioning.

The U.S. military is working on it as well, and is currently experimenting with satellite technology that can capture solar power and beam it to remote bases to ensure an uninterruptible energy supply in strategic locations. Additional military tests are planned for 2023 in which materials will be deployed in conjunction with the International Space Station.

Imagine a massive five square mile solar sail in orbit always facing the sun. The energy it captures would be converted into energy waves and then transferred to antennae on earth via microwave transmissions. These transmissions are not affected by the earth’s atmosphere and cloud coverage as laser power beams currently are. Down on Earth, the energy is converted back into electricity. It sounds complex and futuristic, but in fact we’ve already solved the major technical barriers to make this feasible. Collection and transmission using these techniques are very doable.

The remaining challenges, though, are related to scaling. We’ll need to put a tremendous amount of material into orbit along with an army of workers to assemble it. But these challenges seem less and less daunting. Thanks to the proliferating private space industry, delivery of the material over a reasonable amount of time seems possible. And rather than relying on hundreds of workers housed in mega-sized space stations, we will program space robots to do the vast majority of repetitive assembly 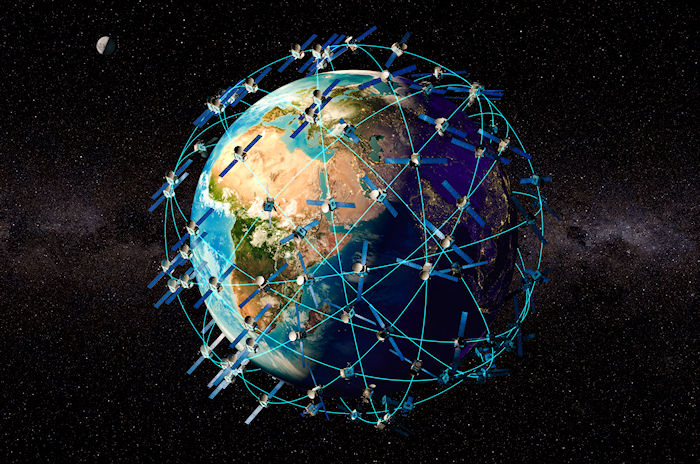 Rocket launches and space stations are hardly newsworthy anymore. Unless there’s a disastrous launch or incredible video from the surface of Mars, space is hardly newsworthy anymore. The fact that space is now routine is a very encouraging development. Space is so routine that we’re getting traffic jams up there between activity by NASA, the Defense Department, and the private sector, not to mention similar activity from other nations. Some see our tapping into the wonders and benefits of space as a new inflection point in human history, similar to the discovery of electricity or the invention of the steam engine. That’s because we’re increasingly looking beyond our planet for solutions to challenges here on Earth. Materials for a solar power station could be mined from the Earth’s moon. Satellite imaging systems are providing detailed images of earth. Zero-gravity manufacturing environments are enabling the creation of ultra-pure products. A web of satellites will soon deliver uninterrupted and mobile internet signals to most of the world. And now we’re placing a bigger “ask” of space that we ever have: to help solve our environmental issues by giving us a location for massive, efficient solar power stations.

…Yes, it’s Messy but not too Messy

Space is getting crowded, though, thanks to all these satellite-based initiatives. What about collisions? It’s a condition known as Kessler’s Syndrome, named after the NASA scientist who has suggested that it’s just a matter of time before active satellites and space junk collide, initiating a chain reaction of collisions as more and more items get knocked off of their established orbital paths. It doesn’t appear that solar power satellites will be as susceptible to collisions compared to Elon Musk’s Starlink satellites. Most of the commercial satellite activity we’re seeing these days is in lower earth orbits that are less than 750 miles above Earth. Solar power stations are being planned far higher than that – around 22,000 miles above the Earth, roughly one-tenth of the distance to the moon.

Will it Solve Our Pollution Problems?

Over the near term, we shouldn’t rely on solar power stations to solve all our pollution and environmental issues on earth. The science is sound, and many groups and nations are making progress, but realistically the technology won’t be online on a large scale for decades. We’ll be making incremental progress leading up to that, for example with targeted solar power satellites providing power for military bases or space-based equipment, but we won’t be powering entire countries anytime soon. Why some say this future tech can’t come soon enough, it’s far better that we understand the unintended consequences, from piercing microwave holes through our atmosphere before deploying it on a large scale.