12 Laws of the Future 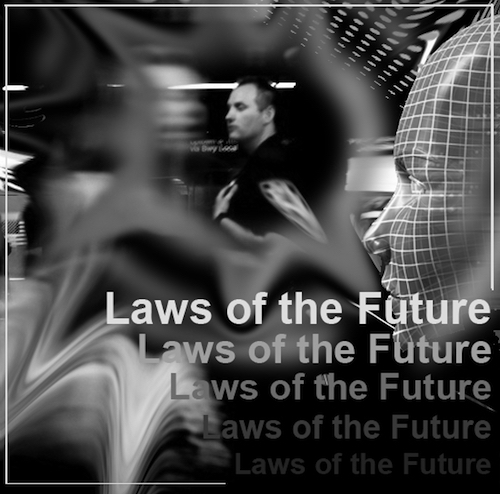 For several decades now I have been contemplating our relationship with the future.

Many of my colleagues think of me as that crazy guy who assigns human attributes to this thing we call the future.

At one point I even tried to convince my wife that the future wanted me to buy a new car, but she wasn’t buying it.

So why is it so important to study the future? For starters, we all have a vested interest in it. We will all be living in the future.

“As physicists, we believe the separation between past, present, and future
is only an illusion, although a convincing one.” – Albert Einstein

From everything I’ve studied, past observers have focused on the concept of the future as being a consequence of time, rather than a stand-alone force of nature. So, is the future merely the result of the movement of time, or is the future itself a definable force?

Since all of the formulas we use to make sense out of our physical existence are logic-based constructs within a known framework of understanding, I would propose that we revise our thinking about this abstract phenomenon we refer to as the “future.”

While many will have difficulty wrapping their mind around this concept, I would like to propose the notion that the laws of time are different than the laws of the future. No, I’m not going to try to prove this point with an endless array of mathematical formulas. Instead, I will present you with a uniquely different vantage point from which you can draw your own conclusions.

The History of the Future

In researching past “laws of the future” I came upon three examples that illustrate how we, as humans, view our relationship with the future. Each of these “laws” requires much more explanation so I’ve added some links so you can probe their thinking further.

Clarke often joked that Newton had three laws, and so three were also enough for him. Additionally, his friend and colleague Isaac Asimov, with whom he sometimes competed, had his Three Laws of Robotics. However, in the 1999 edition of Profiles of the Future, Clarke added one additional law: “For every expert there is an equal and opposite expert.”

2. Mary O’Hara-Devereaux, Ph.D., is an internationally renowned futurist and author specializing in the future of work. She presented her four “laws of the future” at the WorldatWork’s 2007 Annual Conference:

3.  Jim Dator is a Professor, and Director of the Hawaii Research Center for Futures Studies, Department of Political Science, University of Hawaii at Manoa. Here are “Dator’s Laws of the Future” in abbreviated form.

The last statement was first made by Canadian futurist and philosopher, Marshall McLuhan.

12 Laws of the Future

We live in a very backward-looking society. We are backward-looking because we have all personally experienced the past. When we look around us, we see evidence of the past everywhere we look. The past is very knowable.

And yet we will be spending the rest of our lives in the future.

It’s almost as if we are walking backwards into the future.

My job as a futurist is to help turn people around and give them some understanding of the driving forces that are forging the world of tomorrow.

As a way of making the future understandable, I have assembled a series of “12 Laws” to both expand our thinking and put it into a usable framework for others to work with.

1. The future is one of nature’s greatest forces. It is a force so massive that the entire universe is being pulled forward in time simultaneously. We have no choice in this matter. The future will happen whether or not we agree to participate. There is no known way for us to either speed it up, slow it down, or even try to stop it. The pace with which the future is unfolding is constant, and at the same time, relentless.

2. The present is separated from the future by an invisible “field of knowability.” Everything in the present is knowable, but in the future, nothing is completely knowable. We can personally witness, experience, and make sense of the present, but on the other side of this interface lies a veil of understanding that we don’t yet have.

3. Each of us experiences the unfolding of the future differently. Every person is on their own personal journey. We each have our own ringside seat as we personally watch the field of knowability reveal itself to us in a unique and different manner. We are the star of our own hyper-individualized storyline.

4. The future is non-existent until it exists, but we create our own approach vectors. The energy that exists in the present creates an inertia that flows into the future. The inertia that is in place as we leave the present is still in place as we enter the future. If we witness the act of someone throwing a baseball, using a superfast strobe light, each billionth of a second motion is tied directly to the next billionth of a second motion. Our inertias give motion to the present and direction to our future.

6. The “unknowability” of the future is what gives us our drive and motivation. The fact that the future is unknowable is a good thing. Our involvement in the game of life is based on our notion that we as individuals can make a difference. If we somehow remove the mystery of what results our actions will have, we also dismantle our individual drives and motivations for moving forward.

7. Predictions are based on probabilities, and most of our future is being formed upon a foundation of stable slow-changing elements that can be predicted with a high degree of probability. As humans, we tend to focus on the volatile and ignore that which is stable. Buildings, trees, and mountains change very little from one day to the next. Only rarely do they undergo a radical transformation quickly. The earth’s orbit around the sun, the speed of light, the changing of the seasons, the schedule of tides, the frequency of quartz crystals, and the laws of gravity are all predictable with a high degree of probability.

8. The future is not a human-centric force. Without human influence, the future tends to be very cold and unforgiving. The future doesn’t care whether you’re happy or sad, employed or unemployed, married or single, personally content or emotionally adrift. The future is like a machine, impervious to our wishes, ambivalent to our goals. Only humans care about these things. At the same time, without humans, the future doesn’t matter because there will be no one to care.

9. Amidst a backdrop of existing inertias, the future is ours to create. We do not have direct control over the future, but new inertias can be created and existing ones can be influenced. The future is constantly being formed in the minds of people around us. Each person’s understanding of what the future holds will influence the decisions they make today. As we alter someone’s vision of the future, we also alter the way they make decisions in the present.

11. The future is filled with power and energy. The inertia of all matter in the universe is like a massive river of power and energy flowing from the present into the future. As humans, we only have the ability to affect a tiny microcosm of change. But our seemingly insignificant existence can have massive implications. 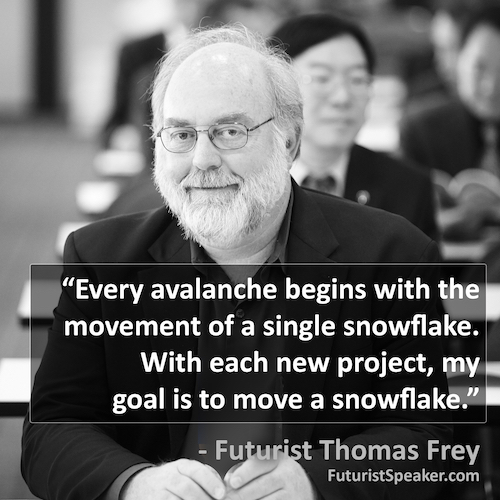 My goal in creating these “laws of the future” is to prompt a conversation that will help further refine our thinking. I’m looking for feedback about what you agree with, disagree with, and what needs more explanation. So please, let me know your thoughts.

“The future is where our children live”

Our desire to leave a legacy is a uniquely human attribute. But our legacy becomes meaningless if we don’t have new generations of people to pass it on to.

To many this may sound like an obvious statement, but to those in the business world, there is a constant battle being waged over the needs of the present vs. the needs of the future. It’s very easy to place short-term profitability ahead of long term problems.

At the same time, the future cannot be our only priority otherwise we lose our ability to function in the present, and here is where it gets confusing. Near-term futures invariably take precedent over long-term futures, but our ability to prioritize importance is directly tied to the context of our own inertias.

Our thinking about the future cannot be made against a simple black and white, right vs. wrong backdrop. Every microcosm is a part of a larger microcosm, and I tend to agree with Mary O’Hara-Devereaux when she says, “Beware of conventional wisdom because it is usually wrong.”