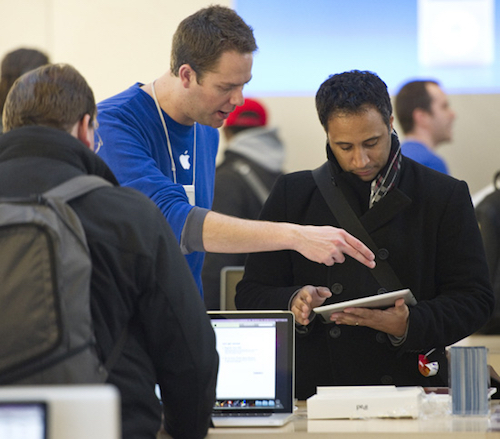 The emerging market for smartphone peripherals is
set to explode

It recently occurred to me that I was pulling my iPhone out of my pocket several times an hour to check information. Over the past few months I‘ve become very self-conscious about the addictive nature of information and the OCD-like mannerisms that follow, and this constant checking-in is only one of several habit-changers I’ve noticed that accompany smartphones.

Information is like a drug that we naturally crave. Whether it’s the rumor mills of the past where gossip flew from one person to the next or today’s smartphones, we all have an insatiable need-to-know.

While many feel we need to curb the excessive nature of this addiction, I tend to fall into the other camp, wanting to improve the flow of data to the point where it is far more pervasive, yet at the same time, seamless and invisible.

But that’s where it gets crazy, because as smartphones evolve, they become an integral part of who we are. They become the digital nerve center for our physical existence.

Science fiction writers have long warned us of the dangers of half-human, half-machine cyborgs. Yet, as we invite this piece of networked intelligence into our lives, we begin to see this integration of humans and machines in a whole new light. Let me explain.

According to industry projections, the number of mobile broadband subscribers, which was 600 million at the end of 2010, is expected to almost double in 2011 to a billion and climb to five billion in 2016. Mobile network capacity will need to increase 20 to 25 times to handle the growing load.

The Chinese telecom company, Huawei, is predicting their traffic levels will rise 500 times by 2020.

Even with these dramatic numbers making their way into industry reports, as you read through the remainder of this article you will begin to understand why even these predictions are far too low.

In the mid-1990s, IBM researcher Thomas Zimmerman began exploring the idea of Personal Area Networks, or PAN technologies, which used the natural electrical conductivity of the human body to transmit digital information.

Since then the concept has evolved into wireless personal area networks, or WPAN, made possible with wireless network technologies such as IrDA, Bluetooth, UWB, Z-Wave and ZigBee.

Adding wireless to the equation, any two WPAN-linked devices within several meters of each other can communicate as if connected by a cable. Smartphone capabilities can then be dramatically enhanced with the simple addition of sensors, cameras, and other peripheral devices.

Today’s smartphones exist as self-contained communication tools, but that will begin to change as a wide assortment of peripheral devices enters the marketplace. Here are a few examples: 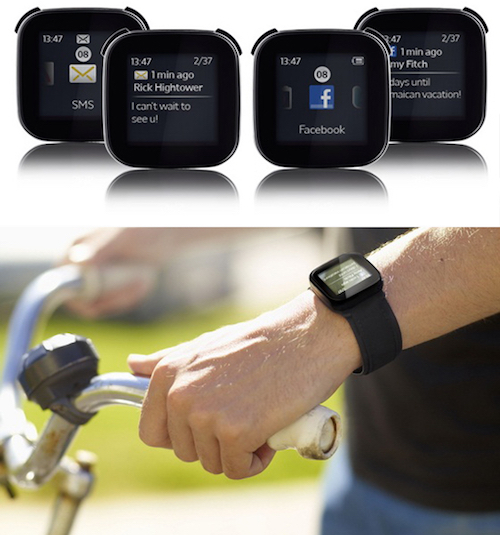 These type of innovations are just scratching the surface of what will be possible as every new wireless device creates a tremendous new opportunity for app developers to expand on the original intent.

As soon as the iPhone was introduced with motion sensor technology, creative people around the world began asking the very simple question, “What other things can we do with motion sensors?” And the answers they’ve come up with are more than a little ingenious.

So without waiting for smartphone companies to incorporate features into their phones, remote sensors with wireless signaling can open up opportunities in a spectacular fashion. To stir your thinking a bit, here are a few sensors that come to mind:

Adding a remote camera or microphone to a smartphone will undoubtedly unlock an entire Padora’s Box full of possibilities.

Already city-wide deployments of over 100,000 cameras are becoming common in countries like China and India. However, these will seem like small numbers once a new breed of wearable cameras comes into existence and people become the mobile surveillance units of the future.

The price of wireless cameras and microphones are plummeting, and along with our ability to link these devices to our smartphones will come a new generation of deployment strategies.

You can expect to see ideas for swallowing devices to record their journey through our digestive system, imbedded devices that are permanently placed under our skin, cameras grown into trees, microphones imbedded into concrete, and much more.

Remote sensing tactics will begin to permeate business strategies as each new discovery will cause planning sessions from even a few months earlier to become instantly dated.

Wireless communication between peripheral devices and smartphones will be tricky at first as each new signal and frequency will be plagued with its own sets of interferences. But with a little fine tuning, the range of new capability will become truly breathtaking.

Here are but a few possibilities to help peak your imagination:

1. Personal Coaching Device: Adding a video and audio feed to a smartphone will enable a personal coach or trainer to see what you’re seeing and hear what you’re hearing even though they may be thousands of miles away. Coaching devices will help you through business negotiations, deal with difficult people, and even work through traumatic and emotional events.

<2. Smart Shoe Monitor: Linking our smartphones to the pressures and movements inside our feet will open the doors to countless ideas on how to mitigate pressure points and eliminate pain and sensitivities. This will also lead to better tools for analyzing our gate, running styles, distance covered, daily routes, and far more.

3. Intraoral Cameras: People currently do not have the ability to see their teeth. Yes, you can look into a mirror, but there is no way to closely inspect your own bicuspids. Simply connecting a lighted camera-wand to a smartphone will radically improve our own understanding of what’s happening inside our mouths. Sales of dental hygiene products will skyrocket along with this single innovation. 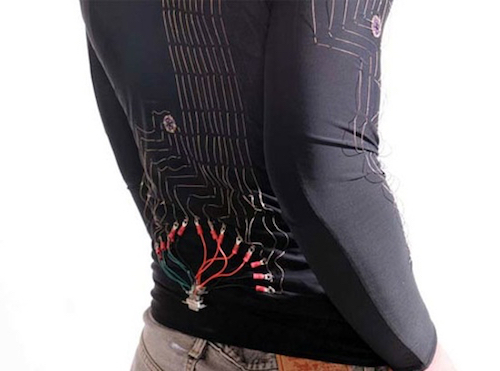 4. Wearable Tech: Look for a new breed of high tech fashion wear to hit the market that carefully integrates sensors, cameras, displays, and controllers into the fabric of the clothing. As a smartphone peripheral, this clothing will be both inward focused on bodily functions and outward focused on the surrounding environments. The trick will be to make it durable enough for cleaning, comfortable to wear, and fashionable enough to make people want to be seen wearing it.

6. Game Controllers: Smartphones are destined to become the game consoles of the future, connected to a wide variety of peripheral devices to serve as controllers. Many games will transition from a solitary experience inside a darkened room to a highly-engaging, interpersonal experience that happens in the real world, albeit highly augmented real world.

The number of linked sensors, cameras, and complex peripheral devices will soon be exploding around us, and we will soon see efforts to link this information into a cohesive intelligence layer that we can interact with in our daily lives.

As you might imagine, attempts to improve the sphere of knowability for purposes of convenience will be confronted with serious resistance from those wishing to maintain a distinct layer of privacy for our protection. These will be tough decisions to wrestle through and the resulting public policy decisions will have far-reaching implications.

On the Path to Cyborg

Hollywood has gone out of their way to paint a very grim picture of cyborgs. Usually they are the ones who turn out to be the villains and get killed in the end.

With the current path we’re on with smartphones becoming the entry point for a far greater mesh network, the world of “The Borg” on Star Trek doesn’t seem all that far away.

Contrary to what sci-fi movie directors would have us believe, we are all going down this path willingly. Our ability to interact with the information opens doors for us like never before.

Over time, the sophistication of smartphone peripherals will evolve to things inconceivable by today’s standards. And yes, there will be some dangers of machines and devices getting out of hand.

At the moment though, we still have to overcome the momentum of all the negative energy that filmmakers of old have put into motion. As for me, I plan to be a happy cyborg. Feel free to join me. I’m sure there will be a lot of us to hang out with.