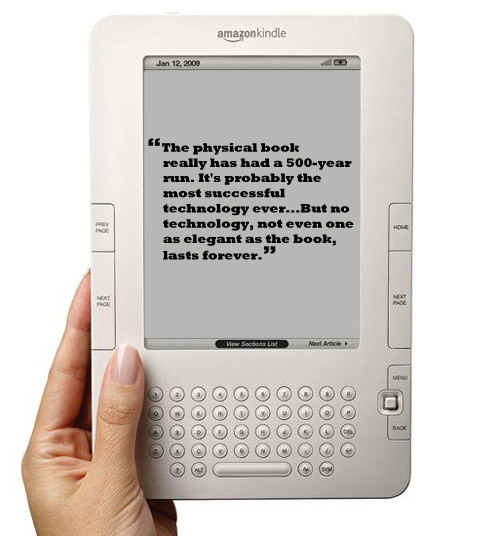 In the end, its less about the device and much more about the interface

Over the past couple decades the World Wide Web has been growing by leaps and bounds with huge amounts of new data being added on an hour by hour basis. Accessing this information, however, has always required an interface device which has traditionally been the computer. A computer was a computer and for most of us if we had a screen and a keyboard we were good to go.

However, as gamers are quick to attest to, there are huge differences in the gadgets we use to interact with the data, and these gadgets often determines the speed, ease of use, and even our willingness to interact with it.

Until recently, the push among device manufacturers has been to create one awesome super cool piece of equipment that could do everything, although nothing particularly well. That, however, began to change when Amazon and Sony started getting traction with their electronic book readers.

The reason book readers began to catch on was because they provided a better user experience. The way a person reads a book is vastly different than the way they interact with a computer. People who studied the humans-to-book interface realized that generic computers provided a rather poor book reading experience and that if a specialty device were to be constructed, it would open the doors to very niche marketing opportunities that were currently getting lost in all the noise of Web.

They concluded that the optimal book interface would have to be a book reader with a paper-like reading surface that allowed people to read for long periods of time while lying in bed or sitting on a plane without the slightest hint of eye strain. It needed to have wireless download capabilities, batteries that last as long as the person doing the reading, the flexibility of changing font sizes, making notes, marking up the pages, and saving the changes for later access. It had to be light and portable, and to really make serious inroads, it had to be less expensive than a computer.

With Amazon’s success in selling the Kindle, others have been quick to jump onboard with their own book reader products. Recently my wife Deb and I visited several dozen of the companies who were launching new book reading gadgets at the Consumer Electronics Show (CES) in Las Vegas. (Notes on these companies below)

What’s most important to understand here is that Amazon didn’t just create an opening for book readers. They proved a market for many other single use devices, provided they have a superior interface than multi-use devices.

With this idea in mind, I began to think through the world of possibilities, speculating on the next big idea for single use devices, and what the applications might be. I’m sure I’m only scratching the surface, but here are a few ideas that came to mind:

Certainly there have been many single use devices in the past like pocket games, address books, and music players that have failed to get much traction. The difference here is the level of sophistication and the deep understanding of user interaction.

The advantage of a single use device is that it is less complicated, and far less distracting. It caters to the specific needs of an individual and helps focus their attention with a superior operator experience.

I should make one clarification though. Certain kinds of data require a unique and different interface. While I have been referring to them as single use devices, they can in fact be multiuse devices based on a newly established interface. The inputs and outputs will start out as industry specific applications, but additional applications may give end users far more latitude.

At CES it was very easy to imagine how existing components like keyboards, screens, and touchpads could be combined to make an entirely new device. Whether it has a flexible screen, head-mounted displays, flip-down lenses, or embedded Pico projectors, or the user requires a touch screen, gesture controls, or sensory monitoring components, the advantage will go to people who best understand the specific user interface.

In the end, the best device will be the one that is invisible to the user, an imperceptible doorway between the user and what they are hoping to accomplish. Final results far outweigh the look and feel of the metal and plastic clenched between one’s fingers, but we have a few more evolutionary steps before the physical interface goes away.

The biggest opportunities are for human factors researchers to carefully crystallize the critical element involved in each aspect of the human-data interface. Well-crafted interface storyboards will lead to well-designed next generation devices. 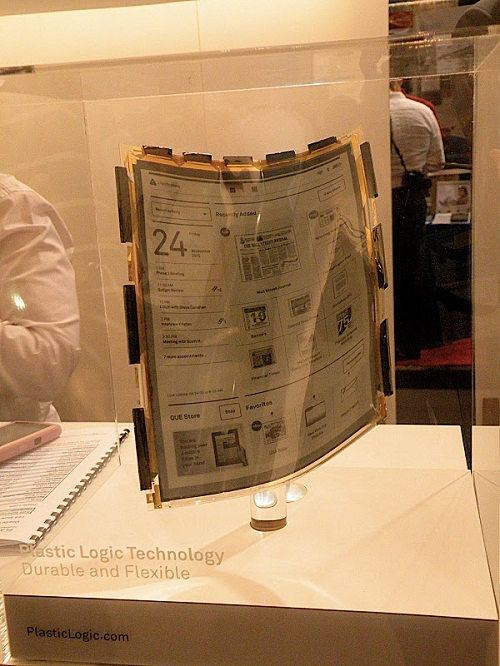 Here you can create the content that will be used within the module.