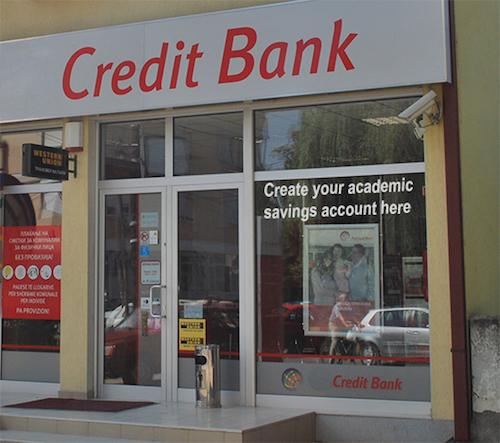 A couple years ago I was on a weekend outing in Vail, Colorado and ended up attending a kayaking tournament taking place on the Gore Creek in the heart of town.

Fascinated by this sport, which I knew very little about, I had a chance to talk with some of the participants and found out that several were attending a special kayaking high school.

As it turns out, this was a private traveling high school for students who wanted to earn their education while exploring unique rivers and cultures around the world. At the heart of their education was the sport of kayaking.

There are no doubt tons of other niche schools that I’m currently unaware of, but this one was a refreshing example of how today’s mass market education system is a colossal mismatch for the hyper-individualized social structures being developed in the online world.

Over the coming years we will be seeing a mass disassembling of traditional schools, with pieces reassembling around a new system architecture.

Some of the missing elements are testing centers, micro-credits, and credit banks. Here is a brief overview of how and why this transition is about to occur.

If you were to list your top 5-10 memories from high school, how many of them occurred in a classroom?

Similarly, if you were to list the top 5-10 most important lessons you’ve learned so far in your life, how many of them were associated with something you learned in a school?

Informal polling of people in my network would indicate both of these numbers are close to zero.

Steve Jobs famously stated that “people don’t know what they want until you show it to them.”

Educators have been working under a similar assumption that “students don’t know what they need so it needs to be planned out for them.”

The key difference in these two statements is that Steve Jobs created products that lived or died based on market demand, and consequently, many of his products failed.

Market demand in education is vastly different because the customers (students), have very few options, and future employers, the ultimate consumer of an educational system’s output, are only tangentially involved in the whole process.

So let’s consider to a more consumer-driven educational marketplace.

If a student had the ability, as in a grocery store, to walk down an aisle and pick and choose the “products” they wanted to learn, how different would that be from our educational systems today?

To ask this another way, if every course lived or died based on its ability to build an audience, an actual consumer-driven following, what courses would still exist and which ones would disappear.

More importantly, what would classes look like and would we even have classrooms, schools, and teachers?

In the fluid learning environment emerging around us, the whims of a marketplace will be as fickle as in today’s retail stores.

When it comes to education, there are already a number of powerful forces currently at play:

Little by little, today’s educational infrastructure is being dismantled. This dismantling will continue until some triggering incident causes a wholesale collapse.

Our rapid shift to free, any-time, any-place online learning is forcing traditional colleges to rethink virtually every aspect of their operation.

It’s important to understand that the collapse will occur with or without a new system in place for it to morph into. So we can either be proactive or reactive in creating the new system.

Here are some of the elements I’m predicting will be needed for a truly fluid learning environment to flourish:

Some credit banks already exist at colleges like Thomas Edison State College, Charter Oak, Excelsior College, and Ohio University. In their present form they serve as an evaluation and transcript service for those who need to consolidate academic records.

They currently accept seven different kinds of deposits, including credits from:

None of today’s existing credit banks are state/federally sanctioned or regulated.

Although most people don’t know they exist, if credit banks were officially legislated into existence, they could serve as a key facilitator and support business for future educational services.

2.) Future Testing Centers: Many testing centers already exist, but as with credit banks, none are state/federally sanctioned or regulated. As a result, a high degree of fraud and cheating takes place.

Future testing centers will require students to pass through scanners and remove all electronic devices, as well as prove their identity.

One of the challenges most MOOCs have is legitimizing test results. Once testing centers become legislatively sanctioned, an entire new industry will materialize around the services they can offer.

3.) Micro-Credits: All of us are learning constantly, but we currently have no good way of assigning value to it. Micro-Credits are a system for doing exactly that, only in tiny little increments as small as one hundredth of a college credit at a time.

The possibilities are enormous when it comes to credentialing everyday learning, but the challenge is creating a system with the right kind of controls to make it attractive so everyone wants to participate.

By creating a new system, we remove those limits.

An amazing transformation happens once someone finds a company willing to pay for what they produce.

Creating new systems around the fluid learning environments described above will transition colleges from being in the “university business” to being in the learning business.

I’d love to hear what you think.