Question: As physical books go away, and computers and smart devices take their place, at what point does a library stop being a library, and start becoming something else?

Somewhere in the middle of this question lies the nagging fear and anxiety that we see brimming to the top among library insiders.

People who think libraries are going away simply because books are going digital are missing the true tectonic shifts taking place in the world of information.

Libraries exist to give us access to information. Until recently, books were one of the more efficient forms of transferring information from one person to another. Today there are 17 basic forms of information that are taking the place of books, and in the future there will be many more… 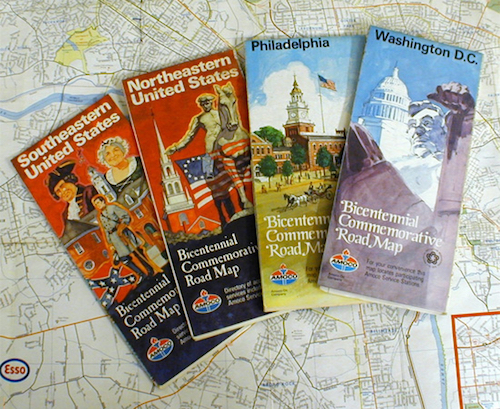 As a young child, I was enamored with the free maps I could pick up at gas stations. Over time I had collected maps for nearly every state and some of the Canadian Provinces.

Along with the early days of the automobile and a generally confusing road system came the need for maps. Oil companies quickly realized that people who knew where they were going often traveled more, and consequently bought more gasoline.

Over time, anyone driving a car soon came to expect free maps whenever they stopped for gas, and companies like Rand McNally, H.M. Gousha, and General Drafting turned out millions to meet demand.

In the early 1970s, when I was first learning the freedom of owning a car, I couldn’t imagine a time when these maps would not be an integral part of my life.

Today, as GPS and smartphones give us turn-by-turn instructions on where to go, printed road maps exist as little more than collectibles for people wishing to preserve their memories of a fading era.

Are printed books likely to go through a similar dwindling of popularity?

Our Relationship with Information is Changing

As the form and delivery system for accessing information changes, our relationship with information also begins to morph.

If we treat this like other types relationships, we can begin to see where we’ve come from and where we’re going.

Gone are the days when we were simply “flirting” with our data, occasionally glancing at it, hoping it would pay attention to us as well.

In school we had more of a “dating” relationship, lugging books around, hoping they would impart their knowledge even though the parts that got read were few and far between. Much like dating a popular person, we became known by the books under our arms.

Once we started working, we became “married” to a relatively small universe of information that surrounded our job, company, and industry. People who became immersed in their particular universe became recognized as experts and quickly rose to the top.

Alone, on some dusty shelf, lie the books we had once been married to. On some level, many of us feel like we were cheating by abandoning our past, never getting closure for a divorce that left us with mixed loyalties haunting us on both a conscious and subconscious level.

If you think this is a crazy analogy, many will argue that its not. If anything, information is the heart and soul of our emotional self. Even though we may not feel it touching us like a finger pressing on our arm, a great piece of literature has a way of caressing our mind, adding fire to our inner rage, sending chills down the length of our spine, and giving us a euphoric high as we join our hero to reach a climactic conclusion.

Books of the past remain the physical manifestation of this kind of experience, and without their presence, a part of us feels lost. 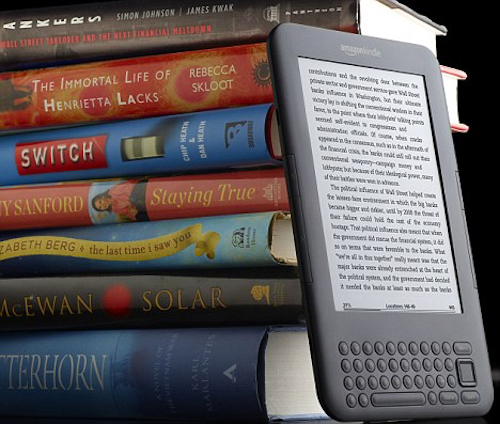 The transition to other forms of information has been happening for decades. Once we are able to get past the emotion connection we have to physical books, we begin to see how the information world is splintering off into dozens of different categories.

Here is a list of 17 primary categories of information that people turn to on a daily basis. While they are not direct replacements for physical books, they all have a way of eroding our reliance on them. There may be more that I’ve missed, but as you think through the following media channels, you’ll begin to understand how libraries of the future will need to function:

Each of these forms of information has a place in future libraries. Whether or not physical books decline or even disappear has little relevance in the overall scheme of future library operations. 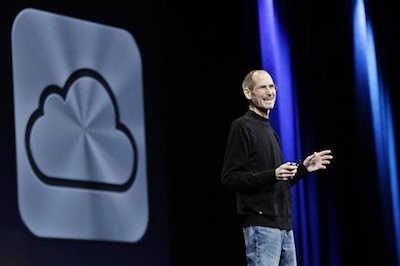 The Coming Era of the Library Cloud

In June 2011, Steve Jobs made his final public appearance at a software developer’s conference to unveil iCloud; a service that many believe will become his greatest legacy.

As Jobs envisioned it, the entire universe of songs, books, movies, and a variety of other information products would reside in iCloud and could be “pulled down” whenever someone needed to access it.

People would initially purchase the product through iTunes, and Apple would keep a copy of it in iCloud. So each subsequent purchase by other Apple users would be a quick download directly from iCloud.

Whether or not the information universe develops in the cloud like Jobs has envisioned, libraries will each need to develop their own cloud strategy for the future.

As an example, at a recent library event I was speaking at, one librarian mentioned she had just ordered 50 Kindles and 50 Nooks for their library. At the time, she was dealing with the restrictions from publishers that only allowed them to load each digital book on 10 devices. So which devices get the content in the end?

Over time, it’s easy to imagine a library with 350 Kindles, 400 iPads, 250 Nooks, 150 Xooms, and a variety of other devices. Keeping track of which content is loaded on each device will become a logistical nightmare. However, having each piece of digital content loaded in the cloud and restricting it to 10 simultaneous downloads will be far more manageable. 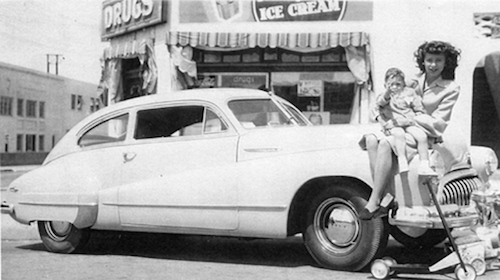 The Value of the Community Archive

What was your community like in 1950, or for that matter in 1850 or even 1650? What role did your community play during the Civil War? How active was it during the Presidential elections of 1960? How did local people react to the bombing of Pearl Harbor?

We have access to plenty of history books that give us the “official story” of all the major events throughout history. But understanding the intersection of our city, our village, or our community with these earth-changing events has, for the most part, never been captured or preserved. In the future, this will become one of the most valuable functions provided by a community library.

Libraries have always had a mandate to archive the records of their service area, but it has rarely been pursued with more than passing enthusiasm. Archives of city council meetings and local history books made the cut, but few considered the library to be a good photo or video archive.

With the advent of iCloud and other similar services libraries will want to expand their hosting of original collections, and installing the equipment to digitize the information. The sale of this information to the outside world through an iTunes-like service could become a valuable income stream for libraries in the future.

Libraries, much like any living breathing organism, will have to adapt to the complex nature of the ever-changing world of information. As information becomes more sophisticated and complex, so will libraries.

Libraries are here to stay because they have a survival instinct. They have created a mutually dependent relationship with the communities they serve, and most importantly, they know how to adapt to the changing world around them.

I am always impressed with the creative things being done in libraries. As Eleanor Roosevelt once said, “The future belongs to those who believe in the beauty of their dreams.” There are a lot of beautiful dreams taking place that will help form tomorrow’s libraries.