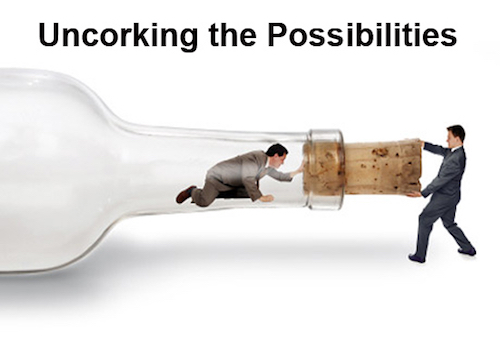 Five years ago was the beginning of 2007. George Bush was President, Arnold Schwarzenegger was governor of California, Barack Obama wasn’t very well known, and Saddam Hussein had just been executed in Iraq.

Five years ago the Dow Jones was on a tear, on track to break 14,000, and some of the big names on Wall Street were Bear Stearns, Lehman Brothers, WaMu, and Wachovia, names that no longer exist.

Some of the hottest job markets were in Florida, Arizona, and Las Vegas, areas that were about to see a mass exodus from jobs evaporating in thin air.

The iPhone had just been introduced, MySpace was the top social networking site, and the world still hadn’t heard of the Amazon Kindle, iTunesU, mobile apps, iPad, Hulu, and Twitter.

But 2007 was also the year that today’s college graduates decided on which college to attend and what their major would be. This is the stark reality of the 5-year educational pipeline created by today’s existing college and university system. Today’s colleges take far too long and are far too expensive. Here’s why. 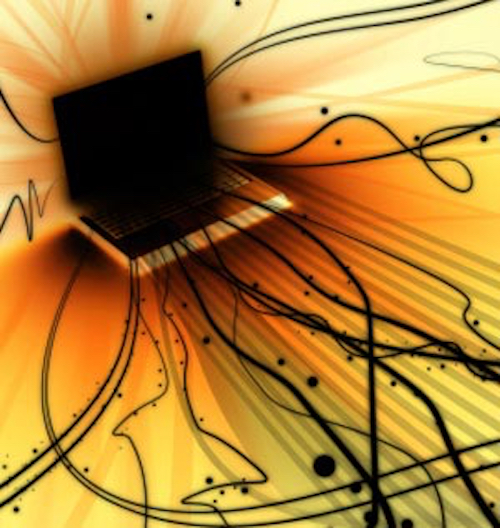 The idea of Open Courseware started in 1999 when the University of Tübingen in Germany published videos of lectures online. However, the movement didn’t really catch on until MIT launched it’s OpenCourseWare project in October 2002, followed soon after by similar efforts at Yale, Michigan University, and the University of California Berkeley.

Today, MIT has 2,080 courses available online and they have had over 131 million downloads.

Starting a couple years later in 2004, The Khan Academy now has over 2,800 courses that have had over 123 million downloads.

However, the 8,000-pound gorilla in this space is iTunesU started in 2007. They currently have over 1,000 Universities participating from 26 countries. Their selection of classes, now exceeding the 500,000 mark, have had over 700 million downloads. In addition, they recently announced they were expanding into the K-12 market.

As it stands now, all OpenCourseWare courses are free to anyone wishing to take them. However, the granting of credits is another matter.

After my talk at the TEDx Reset Event in Istanbul earlier this month, I had a conversation with a regional manager for Google who attended the event. He told me that Google is very interested in teacherless education because they have been struggling to find ways to educate people in Africa due to very few teachers want to move to Africa.

The notion that “better teachers equal better education” is based on a false premise. There can never be enough good teachers to go around, not if we are educating an entire world of 7 billion people, and certainly not if they all have to be there in person.

If we restrict ourselves to “learning” only when someone is available to “teach,” we are destined to remain a woefully ignorant society.

People are learning from the moment they wake up in the morning until they fall asleep at night. And some researchers believe we are learning the most while we’re sound asleep.

Yes, great teachers have proven techniques for presenting information in a way that makes it easily understood. And yes, the best teachers have to teach a subject several times before they can figure out all the best ways to teach it. But we now have the technology to take the best of the best and extend it to the far regions of the earth.

Education as a Commodity

Whenever education can be packaged into a repeatable format, it becomes a commodity. Certainly not all education fits into this category, but a remarkable portion of it does.

In 2008, Roger Bohn and James Short, two researchers at the University of California in San Diego, decided to do a study to determine how much information people have entering their brains on a daily basis.

Everyone today is being exposed to vast amounts of information, and their study was intended to quantify the amount of information we are all being immersed in.

But they added a rather interesting twist to the study. Because of the varying forms of information, and the difficulty in comparing video to magazines and newspapers, they decided to convert all information into one standard form of measurement – words.

Based on their final 2009 report, the average person in the U.S. has 100,500 words flowing into their heads on a daily basis. And this number is increasing by 2.6% per year.

So where are all these words coming from? In rough terms, 41% comes from watching television, 27% – computers, 11% – radio, 9% – print media, and smaller amounts from recorded music, movies, games, and other information sources.

As it turns out, the average American spends 11.8 hours every day consuming information. Some of it well structured, but most of it not.

Most educational institutions haven’t found a good way to leverage the current data streams flowing into the minds of students. Instead, they simply regarding it as irrelevant.

Whenever the information is incomplete, our minds will fill in the blanks, and often times incorrectly. A recent study done by KnowledgeFactor in Denver showed that roughly 15% of all information in our heads is confidently held misinformation.

Somewhere in the middle of all these information streams is the next, next, next big thing waiting to be mined.

Early in 2007 (exactly 5 years ago), I wrote a paper that described all of the components of a fully integrated online learning system. Many pieces of the original architecture I predicted have already begun to take shape. Here is a quick assessment of the pieces that are still missing.

Over time we will see colleges split into two different models that will emphasize either course delivery or knowledge creation. Those colleges involved only in course delivery will become very price competitive as online courseware becomes universally distributed. Most will be seeking unique ways to differentiate themselves and assert some new competitive advantage.

Here are a few things you won’t find in future colleges that only emphasize course-delivery:

We are shifting from a teaching model to a learning model.

In order to teach a topic, the person in the front of the room has to be an expert on the topic. There simply aren’t enough experts to go around. As we move into online learning environments, we will move away from teachers to coaches – people who are experts at helping people learn.

To some this may seem like a subtle distinction, but it will have a profound effect on today’s educational systems.

Business professionals in the future will require twice as much training as their counterparts today just to be competitive.

As we move into a globally competitive environment, the competition will stiffen, and our need to shift gears will happen at a moment’s notice. We will no longer have the time and place luxuries of waiting for education to happen.

If your entire universe of courseware options for training is the 2,000 courses offered by most universities, you will find yourself at a severe disadvantage when competing against someone who was trained through a system like iTunes, with over 500,000 course options currently and millions more in the future.

The transition ahead for colleges and universities will be messy as competing forces on both sides of the change movement begin to form. Moving along the same lines as virtually every other industry of the past, colleges will be forced to become more efficient, doing more for less.

Over time, this transition will offer tremendous benefits to society. In much the same way that ancient libraries had their books chained to the podiums, colleges have tried to chain learning to their campuses. Unleashing these chains of learning will serve as a cathartic release for the entire world.