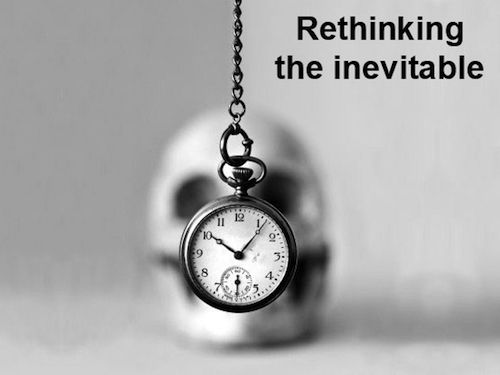 The year is 2032. You have just celebrated your 80th birthday and you have some tough decisions ahead. You can either keep repairing your current body or move into a new one.

The growing of “blank” bodies has become all the rage, and by using your own genetic material, body farmers can even recreate your own face at age 20.

In just 20 years, this is an industry that has moved from the equivalent of Frankenstein’s laboratory to the new celebrity craze, with controversy following it every step of the way.

The combination of a few high profile “accidents” along the way, coupled with those in the religious community who claim that body farmers are playing God, and asking “where does our soul reside?” has given it thousands of top media headlines around the world.

Every person on the planet has a different opinion about this moral dilemma, or whether its safe or dangerous, or whether we should just get better at repairing our existing bodies.

As medical advances continue, and we devise an entirely new range of health-enhancing options, I propose we set a new standard, raising the bar to the highest possible level. I propose we put an end to human death.

In the coming years we will find ways to fix human aging, cure diseases, find solutions for deviant behaviors, and even rebuild people after an accident.

In short, no person should ever need to die… EVER!

Is that our goal? Is that the direction we are headed in? If that’s not our goal, then we will need to hear the pro-death arguments, and why people should die when they don’t have to.

Is the goal of the medical community to improve health, or to completely eradicate health problems? In Star Trek terms, what is the prime directive for the health profession?

In the years ahead we will have an unbelievable number of tough choices to make.

Dealing with the Issues

It becomes an interesting exercise to look closely at each cause of death and think through not only how to reduce its influence, but how to eliminate it completely. Here is a small slice of the issues that will surely rise to the top.

For trauma cases, the medical profession will be grappling with the ethics of making simple repairs versus making better, longer lasting humans. These questions no longer belong to the realm of science fiction. In a few years, we will be able to replace our frail parts with parts that are made of superior materials. Recent medical accomplishments include everything from re-growing bladders and throats to using 3D printers to “print” new bones and arteries. Entire body replication can’t be far behind.

We may have to ask if the path we’ve taken to this point in medical history has come too quickly. Have we really absorbed the impact of what these changes will mean for society?

We have wrestled with certain ethical questions, sometimes for centuries. Some issues that are clearly outrageous in our in minds today, such as slavery, had to be abolished at the point of a gun in this nation. Now we are about to be presented with the question: Will we become something else? Do we have a right to live indefinitely, or is it a privilege?

Life, death and years of painful adjustment, all can be avoided. Families will be spared the emotional turmoil of deciding life and death for the brain damaged. The horribly burned can re-grow and shed their charred skin.

In a nation where health care is afforded to some, but not all, are we prepared to take on such questions as to who lives forever? And more importantly, who will pay for it?

The prisons and jails are strained. Science may even address the morally and mentally challenged. Is it realistic to think we can fix the underlying behavioral issues, turn criminals into productive, well-intentioned people? Should they live forever, too?

Question: You find yourself on a jury, deciding the fate of some heinous criminal, such as Ted Bundy or Josef Mengele. You have the choice of either sentencing him to the electric chair or to total amnesia. Which would you decide?

Total amnesia involves wiping the brain clean and the people will have to start over from scratch, relearning how to walk, talk, and even how to feed themself all over again.

The question is a good one because it gets to the essence of what we value in human life. Do we value the life itself or the personality that exemplifies it?

I’ve asked this question of many groups, all of whom gave me different answers and different reasons for justifying their thoughts.

My favorite answer came from my son Kyler when he was 11 years old. After thinking about it for a while, he said, “I don’t think amnesia is a good idea because people will still hate him and he won’t know why.”

Will the funeral industry offer different options for “burying the body” and “saying farewell to the mind?”

The religious community will certainly be wrestling with issues surrounding the parting of the soul. When does it occur and how can we tell?

Is it even possible to come up with a comprehensive definition of death that covers all future variables?

The End of the End

Let’s play a game of “what if.” What if we could turn our attention from fixing problems of the past to pondering a new kind of future? What if we could become possessed with a genuine interest in advancing our evolution as a society?

I propose something quite radical in today’s world – that we declare war on human death.

In the past, advances for cures for even minor diseases moved glacially. From Leeuwenhoek’s invention of the microscope in the late 1600s to Louis Pasteur’s discovery of germs, those great achievements took centuries. Today, breakthroughs are arriving at greater speed and accelerating to the point where barriers to near-term immortality are falling daily.

The most dramatic advancements have been seen in the quickening speed of communication, and the spread of knowledge across the Internet. Breakthroughs are commonplace. Online, science accomplishments are building on other accomplishments as never before. Virtual collaboration has led to global teaming. As information speeds to all corners of the world, the approaches to solving some of our most perplexing problems have multiplied.

Warring with human death requires a far different mindset. The current trend of paying to live is not the model for defeating death. Here are a few examples of the hurdles that would have to fall:

Knowing what you know today, but suddenly living on with the body of a 20 year old, doesn’t that sound magical? Wouldn’t that be the perfect solution?

But what if there was a catch. What if it cost $1 million for your new body, and you somehow had to qualify to be a candidate?

Ironically, we may end up with protests, even killings, if new bodies were only for the rich and famous.

These may seem like distant concerns. But change is coming – this time, at lightning speed. We don’t have the luxury of mulling such matters for decades.

Most importantly, if death is no longer viewed as inevitable, our attitude towards life will shift dramatically.

Our generation may well be the last where death is not optional. Though the challenges seem overwhelming, I believe this is the time to establish a long-term directive, a prime directive for all – the end of human death.

Even if it’s not achievable, shouldn’t it still be our goal?