How Long Before I Can 3D Print a Replacement Body for Myself? 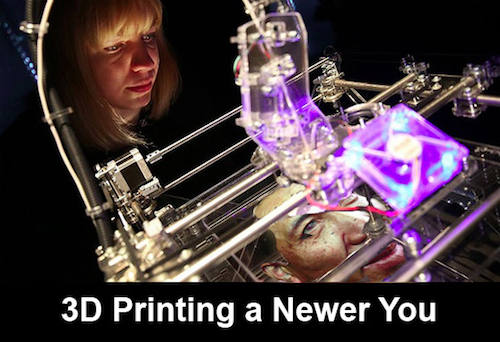 As a person who spends a lot of time asking “what if” questions, constantly thinking about extreme possibilities, the notion of 3D printing a replacement body for myself became very intriguing.

I remember seeing science fiction movies where cloned bodies were grown over long periods of time, and more recent ones with accelerated cloning technology, but the 3D printing of replacement bodies is a faster option, just now coming into view.

Bioprinting is the process of using 3D printers to form human tissue. This process that has already been used to print replacement kidneys, bladders, livers, skin, bones, teeth, noses, and ears, as well as prosthetic arms and legs. This is a list that didn’t even exist 5 years ago, but is now growing on a regular basis.

As incomprehensible as it may sound today, printing an entire replacement body for myself may only be a decade or two away. But it is also a topic steeped in massive controversy, with moral, spiritual, and ethical implications that we haven’t even begun to debate.

Once again, this is an area of science with a quickly escalating race to be first. The first person to 3D an entire human body will very likely win the Nobel Prize in Medicine and will be invited to all the world’s A-list functions. So who wouldn’t want win this race.

With this swirling cauldron of competing forces in play, I’m pretty sure I’m not the only one who would relish the opportunity to move into an 18-20 year old version of my own body. Yet, at the same time, this technology will be opening the mother of all cans of worms. Here’s why. 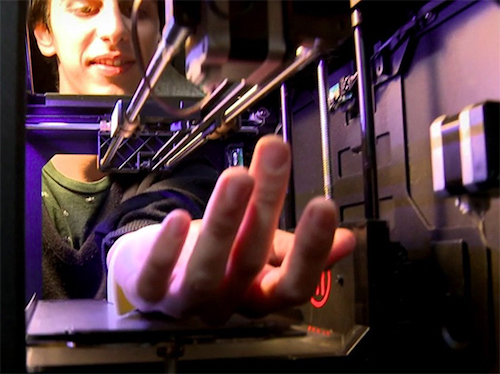 When will we be able to 3D print a replacement arm?

Is 3D printing the human body better than cloning?

Science fiction has been taking us down the path of human cloning, but until now, few have even considered the option of 3D printing an entire body.

Recently researchers at the Oregon Health and Science University made a major breakthrough by cloning human embryonic stem cells by transferring the nucleus of one cell to another.

Starting with the skin cells from a child with a genetic disease, scientists infused them with donated human eggs to create human embryos that were genetically identical to the child. Then, in a process similar to the one used to create Dolly the sheep back in 1996, they extracted stem cells from those embryos.

The researchers then took an adult cell from the patient’s body and sucked out the central portion of the DNA. They injected the material into an egg (one that has been stripped of genetic material) donated by another human volunteer. The genetic material from the adult cell instructs the empty egg cell how to continue with its development.

But is the “cloning” approach, or creating lab-grown tissue and organs, better than 3D printing, or do we need a combination of both?

The process for 3D printed human tissue uses cartridges filled with “Bioink,” derived from extracted cells from patient biopsies. These cells are cultured in a growth medium, allowing them to multiply.

Once enough cells have grown, they’re harvested and loaded into a cartridge as a form of BioInk. The cost of “Bioink” is currently in the range of $5,000 per gram, but that price will plummet as new techniques are created for developing it.

Organovo, a 3D human tissue manufacturer, in partnership with Autodesk has developed the first software for 3D Bioprinting. The goal of these companies is to begin printing a variety of organs to aid thousands of people who are on the waiting list for organ transplant.

“We are on the verge of transitioning from
‘prosthetic’ body parts to ‘real’ replacements!”

We are on the verge of transitioning from “prosthetic” body parts to “real” replacements. 3D printing is helping us transition from the crudely functional and cosmetic, to “bioprinting” a range of actual organs and living body parts to cure a wide range of medical conditions. Here’s a quick rundown of where we stand today.

This list represents a small piece of the work going on around the world. Over the coming years we will see an exponential growth curve surrounding these accomplishments.

It’s always good to have a spare, right?

With all the work being done in this area, it’s inevitable that someone will mastermind the 3D printing of an entire human body.

3D printed body parts, skin, and organs are far less controversial than printing an entire person. Here are some short scenarios to highlight many of the crazy ethical dilemmas we’ll be facing in the future:

1. Replacement Body Scenario – As people age, their bodies begins to fail. It’s only natural for them to wish to move into a younger body. But creating a replacement body, even an earlier version of yourself, is only part of a much larger challenge for future humans. Transferring brain functions from one body to another, moving conscious and unconscious memories, reassigning skills, and motor functions is problematic on many fronts.

2. Printing Super Humans – Printing a replacement person is one thing, but printing an entirely new person with superior strength, healing power, and mental capabilities takes us even further into unchartered territory. Downloading the best parts of 12 different personalities, adding extra muscle memory, coordination, dexterity, and mental acuity sounds great on the surface, but who gets to decide? Complicating things even further, why do we need to restrict ourselves to just human traits when we can add the eyesight of an eagle, the speed of a cheetah, or the radar senses of a bat? Will these “people” still be human? Do they have a soul? Will they have the same legal rights as other humans?

3. Printing Tiny or Extra Large Humans – We already know the size and shape of existing humans, but why is that a limitation? If we are reinventing humanity, why not consider small people, maybe only 10”-12” in height, or super large people maybe 10’-20’ tall? What advantages could they provide?

4. Colonizing Other Planets with “Build-a-Human Kits” – Since sending people into space as been problematic, what if we only sent the necessary “human” ingredients along with a 3D printer to automatically build people upon landing, with downloadable personalities stored on servers, and the resources to make them the official colonizers of new worlds.

5. Creating Exotic Human Hybrids – Would people be better off with 3 arms, 4 legs, chimp-like feet, mosquito-proof skin, diamond-hard teeth, a backup heart, and extra sex organs? If we 3D print humans from scratch, why would we be bound by our current limitations? At what point do we stop being human? 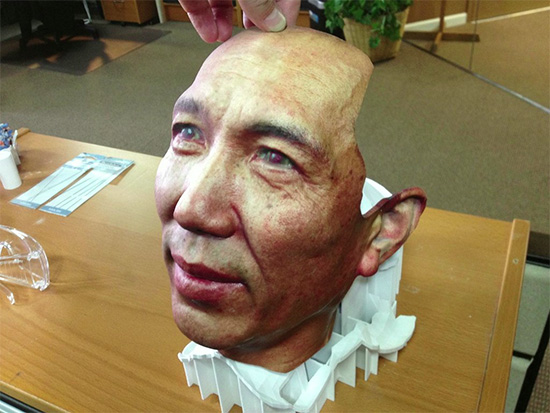 How long before we can 3D print an entire body?

Science fiction is struggling to keep pace with the 3D printing revolution, especially when it comes to reinventing human biology. We are on the verge of dealing with questions so difficult it makes our head hurt even thinking about them, but we need to begin the debate before the issues arise.

Piece by piece, medical researchers are on the fast-track to 3D print an entire human.

No, we still can’t reprint a severed finger and reattach it to full functionality. Also, no one has figured out how to print an entire human heart. And no, we can’t reprint a human brain and flip some sort of switch to turn it on. Well, at least not yet.

If we start with the assumption that 3D printing the entire human body is imminent, what’s your guess? How long before we see this kind of headline? Your life decisions from here on out may depend on it!

← Launching the Whole Earth Genealogy Project Will there be Swarmbots in Your Future? →