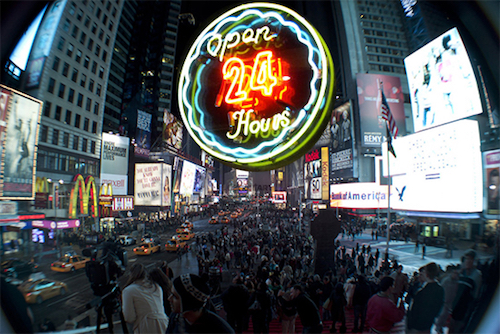 Fifteen years ago I found myself stranded in the small town of Faith, South Dakota. It was 3:00 am in the morning and my car was out of gas. To give you a better idea of my predicament, this tiny town of 400 people was located 100 miles away from any significant cities.

With my kids sleeping in the front and back seats, my only option was to pull up in front of one of the two gas stations in town and wait until they opened at 6:00 am to continue my journey. After a long day at work and driving 8 hours, only to have my progress halted by this unknown variable was indeed frustrating.

Later I found out that people in this situation were supposed to call the police department and a local cop would help them fill their tank. But I had no idea that was an option.

Today, most gas stations are equipped with credit card readers and no attendant is necessary for them to operate 24 hours a day.

As we continue down the path of automation, virtually every city will have 24-hour convenience stores, 24-hour libraries, 24-hour banks, 24-hour churches, 24-hour schools, 24-hour movie theaters, 24-hour bars and restaurants, and even 24-hour shopping centers.

The side effect of a workerless business is that it can operate 24 hours a day for roughly the same cost as a 12-hour operation. With that in mind, here are some of the changes that accompany this shift in lifestyle. (26 Pics)

The Safety Side of a Surveillance Society

Most of us cringe at the notion of having Big Brother looking over our shoulders. The thought of having every quirky move we make captured on camera has us conjuring up notions of blackmail photos, or something comparable to a negative political campaign ad that could be used against us in the future.

But the same photos that give us Big Brother-phobia also provide safety. Cameras watching the world around us create a visual deterrent to anyone thinking about doing something harmful to us.

Over the coming years the number of surveillance cameras will grow exponentially. The Silicon Valley startup Dropcam is the first major player in this space and is already uploading more hours of video per minute than YouTube.

People-less retail will create a huge demand for cameras and other forms of monitoring technology. At the same time, businesses that could only afford to stay open during peak hours will soon consider a 24-hour version of their operation.

Here are just a few examples of what that will look like. 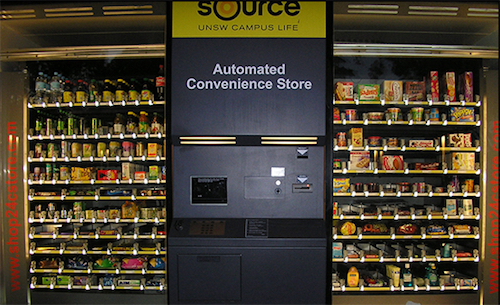 Most middle-of-the-night shoppers are not looking for variety, they’re looking for a limited number of basic items, most of which can be sold through vending machines.

Below are a number of unusual vending machines being created specifically for this purpose. 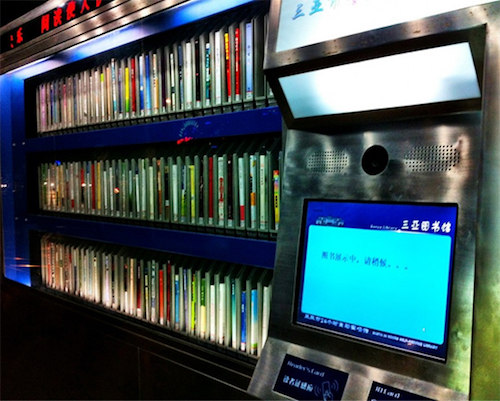 With cities continually struggling financially, many libraries are looking at cutting hours to reduce staff time and save money. However, most people going to a library require little, if any, actual staff time.

Simply adding a few extra cameras and an “Ask a Librarian” telepresence console, and the same library being strangled by budget restrictions can operate quite easily 24 hours a day.

Libraries may even consider turning this into a premium cardholder service, one that they charge a monthly or annual fee for. 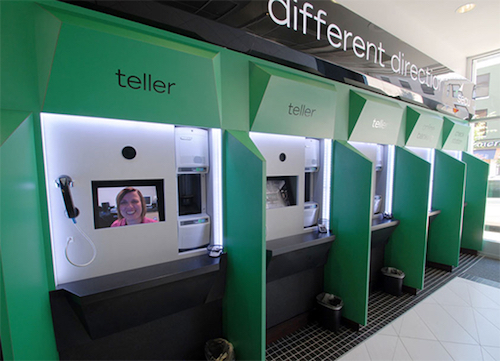 There no reason banking operations need to be restricted to the open and close times listed on a branch’s front door. Video connection to live tellers 24 hours a day will soon become a standard mode of operation for most banks. 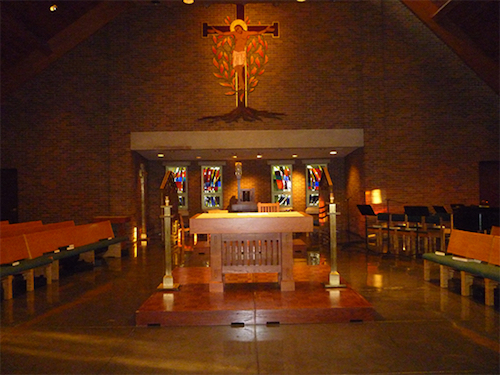 Churches tend to be some of the least utilized facilities in a city, operating at capacity only one day a week. Adding a few cameras and keyless entry systems to the doors and parishioners will begin to redefine their operations around 24-hour thinking. 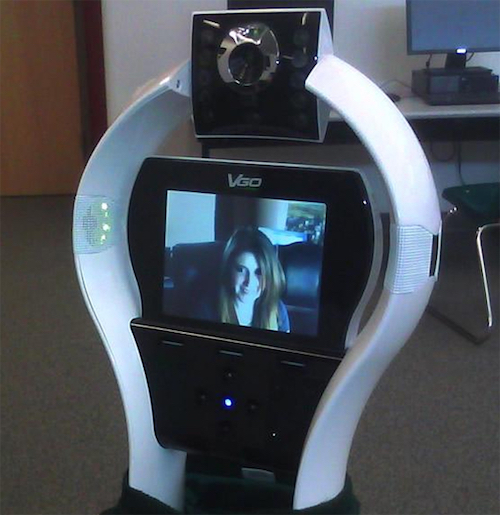 As we move away from rigid start and stop times, and school operating schedules that rarely coincide with parent’s work schedules, we can begin to explore the use of automated learning and testing systems, “Ask a Teacher” telepresence consoles, and much more.

No, I’m not naïve enough to think young kids can be left to their own devices, and it may be too early to consider a full 24-hour operation. But automating even parts of the learning environment will open up options never before contemplated. 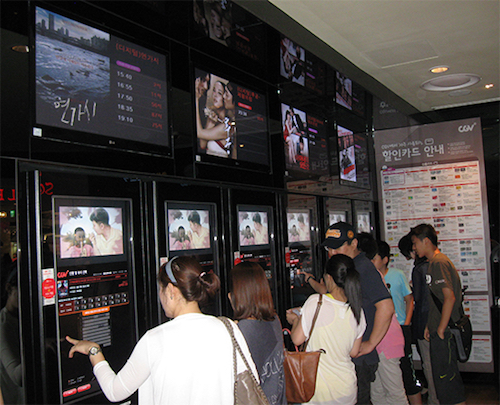 Select your movie from an automated ticketing station in Korea

Future cinemas will have private theaters where movie-goers can select the movie they want and order whatever food or drinks they desire for a very personal experience.

As theaters become more automated, on-site personnel will be eliminated and the cinema can turn into a full 24-hour demand driven operation. 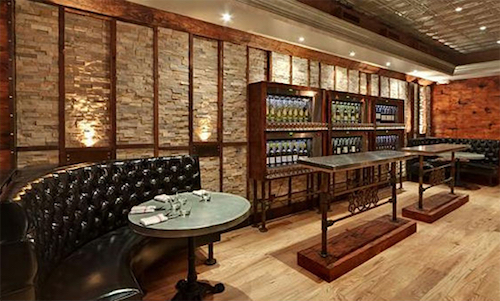 Would you go to a self-service bar or restaurant? In the future they will become quite common expanding their offerings while at the same time automating everything from the cooking, to waitressing, to cleanup.

Over the coming years we will transition from semi-automated to fully automated bars or restaurants, reducing headcount one position at a time. As the employee numbers drop, hours of operation will expand.

Also, as we enter the driverless car era, DUIs and drunk driving concerns will fall by the wayside. 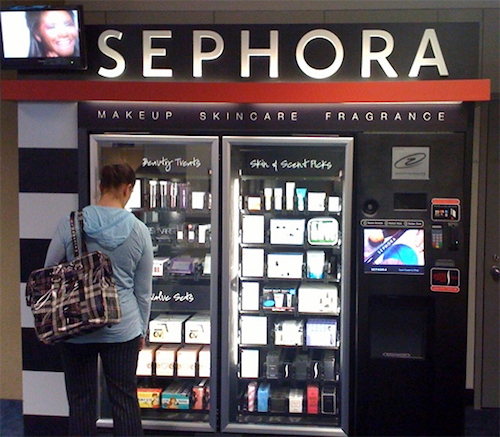 As with most retail, shopping centers are struggling. Adding store-within-a-store concepts along with afterhours product walls where people can order anything they see will give new options to after-hour shoppers. 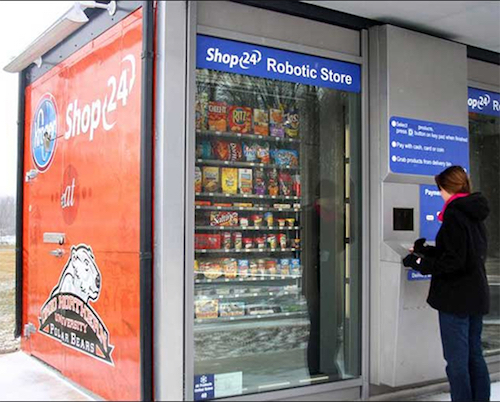 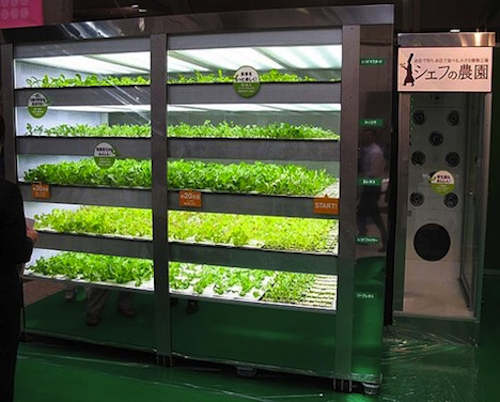 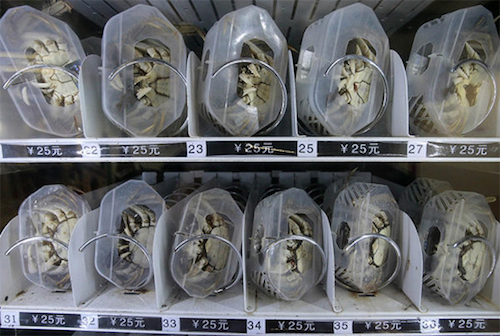 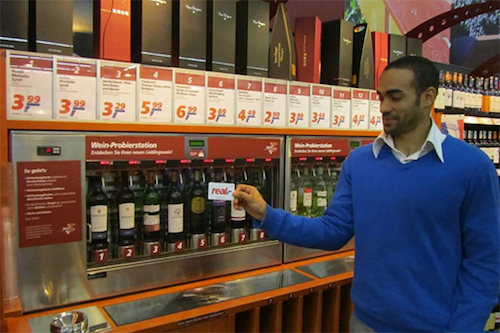 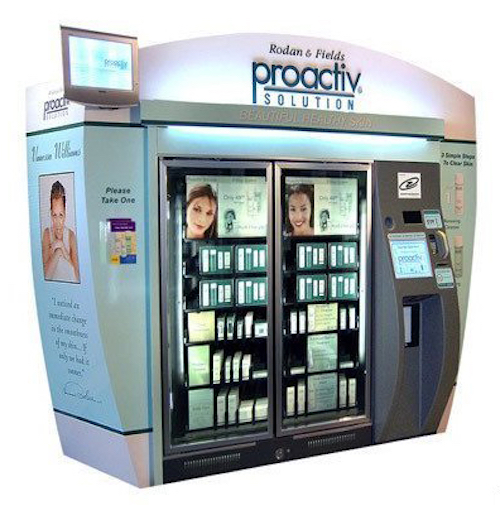 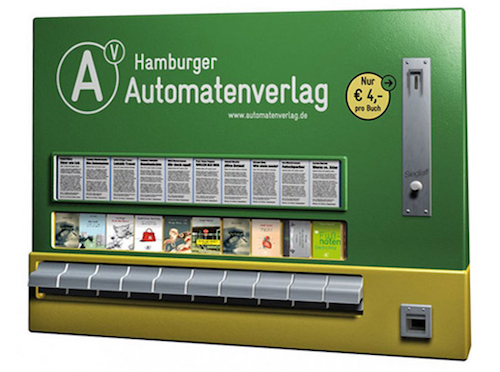 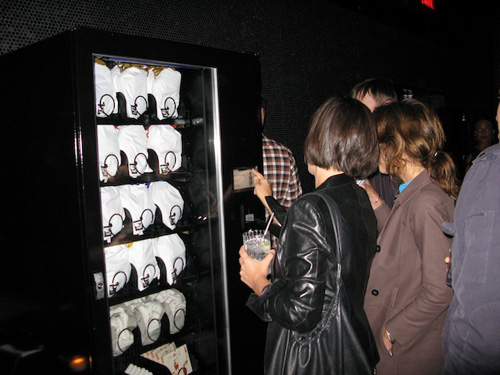 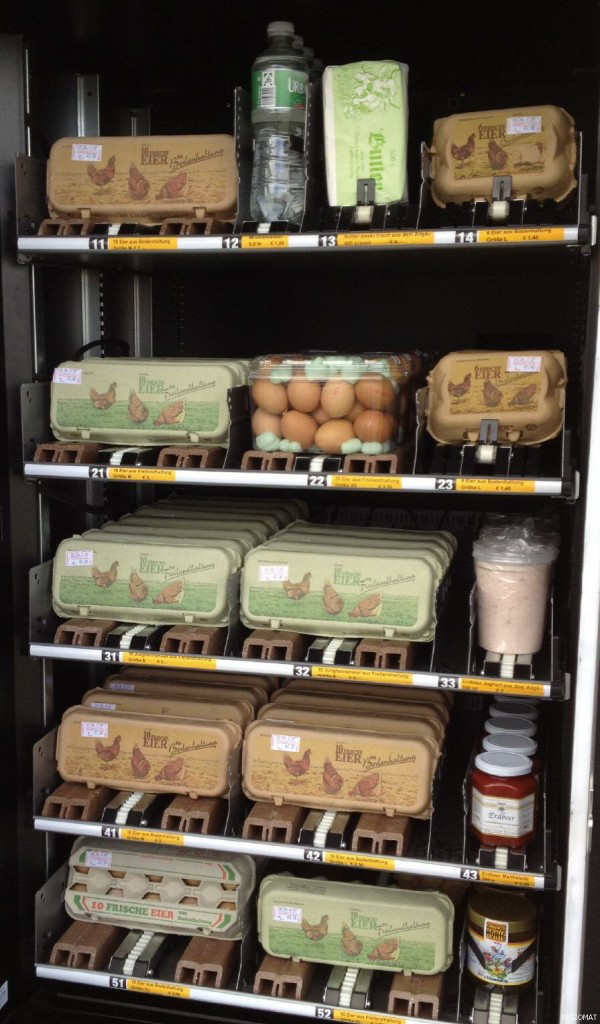 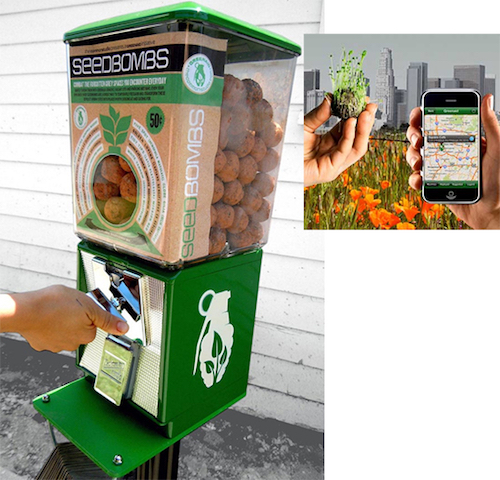 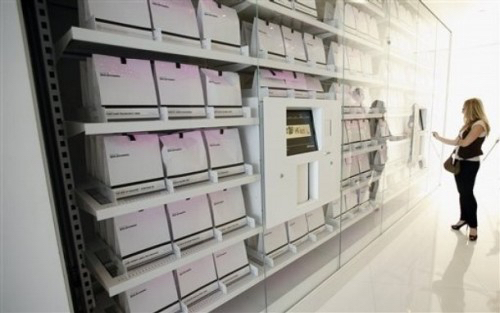 Dubbed the “Semi-Automatic,” the vending machine at Mondrian South Beach is stocked with everything from T-shirts, to sunglasses, to best-selling novels, to a $90,000 Bentley. (A voucher is printed and the vehicle is delivered to the hotel in minutes.) 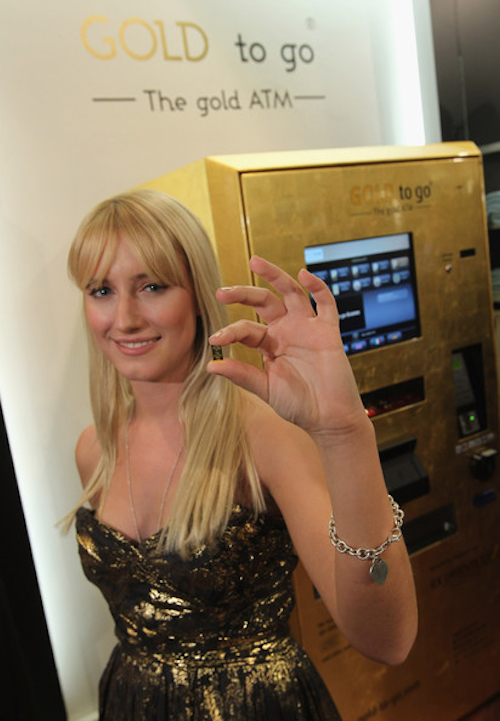 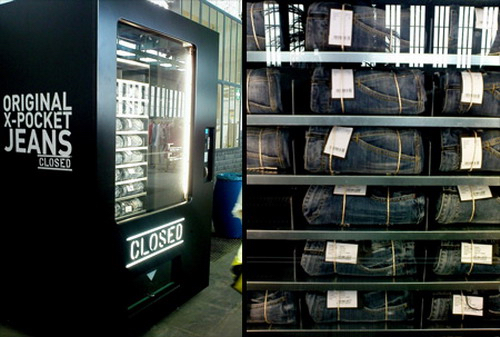 Closed, a jeans brand in Italy, unveils their vending machine

Pizza vending machine, 9″ pizzas cook in 2 minutes while you wait 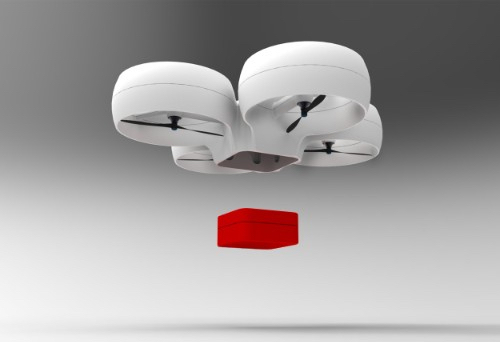 The photos above are intended to open your mind to the possibilities of living in a 24-hour city.

There are many side effects to automation and not all of them are positive. But one aspect of our automated future will be 24-hour access to most goods and services, many of which are only available during normal business hours today.

Eventually, most of the physical products we order will be delivered by drones, either ground-based or flying drones, often in 30 minutes or less.

By eliminating the restrictive nature of today’s business operations, we will be freeing up attention that can be more prudently spent solving society’s bigger problems.

Please take a few moments to weigh in on these topics. I’d love to hear what you think.