Is this the end of the shopping mall? 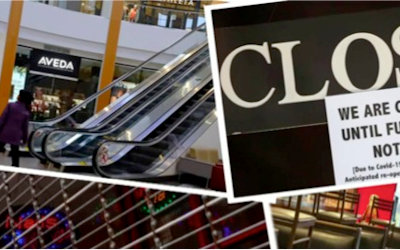 Has the coronavirus sounded the closing bell for shopping malls?

Huge shopping markets like the Grand Bazaar in Istanbul were around as early as 1455. Some of the Middle Eastern Souks have been in existence even longer.

A Slice of Americana

By comparison, we in North American are relative newcomers to the shopping mall concept. Our malls started popping up in the suburbs in the late 1950s, most of them seemingly with a similar design and shopper experience formula: Build anchor stores, maybe make one of them a movie theater, connect them with rows of specialty shops, and drop a fast-food court somewhere in the middle.

Malls quickly evolved into an important anchor in our communities, a social gathering place for young people, filled with the latest fashions, entertainment, and friends. They were “cool” destinations for teens to hang out and pretend they were older than they were, and maybe even a starting point for work with a minimum wage job.

Retail is a tricky business. The first shot across the bow came from standalone, big-box stores and discount mass merchandisers.

1962 was a big year for retail in the U.S. with the launch of the very first K-Mart, Walmart, and Target stores. While their focus was primarily on competing with the likes of Sears, Macy’s, JCPenny, and Montgomery Wards, it also began to affect mall traffic.

Later a variety of competitors chipped away at the mall business model even more with the likes of Costco, Kohl’s, Nordstroms, Staples, and Best Buy. With every new store opening, consumers were drawn to the newer brighter shinier objects.

Later came the Dollar Stores wave with and discounters like Big Lots, Tuesday Morning, and At Home.

Then, in the past decade, online shopping dealt a massive blow to mall retailers and, by extension, the malls themselves. It’s not surprising that mall visits declined by 50% between 2010-2013, with further declines reported each successive year.

The Outlook is Mixed

Are indoor malls done for? At the very least, when we add COVID-19 realities into the mix, it almost certainly is the end of malls as we know them today.

However, in the past decade we’ve seen some micro-innovations in malls that could provide a clue about larger trends in the works: 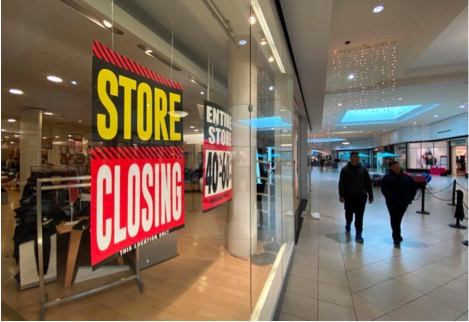 Will customers still be attracted to malls when there are hundreds of new options?

These changes were all underway well before 2020. COVID can probably be considered the third major disruptor for malls in their brief North American history. Mall owners today are struggling to survive, to the point where some are leasing portions of their parking lots for drive-in theaters or outdoor concert venues

Can these property owners hold on long enough to come out on the other side of the pandemic? A definitive COVID-19 “All Clear” simply can’t come soon enough to bring shoppers back in time to save most of these malls. But some higher-end Class A mall properties are likely to receive more grace from their lenders and will have the opportunity to compete in what will become the “new normal for malls.”

While the big trend is towards making malls community hubs, the coronavirus has put a damper on any gatherings of people. Over time, the pre-COVID trends will accelerate, and Class A malls will continue to innovate. They’ll devote even more space to: 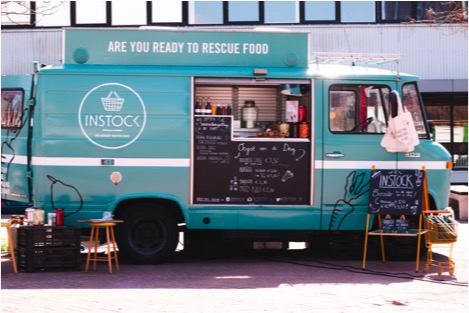 Malls of the Future – Mobile and Driverless

We sketched out our first scenario for driverless mobile mall shops, it started with rural communities. In most small towns the customer base is far too small to warrant a full-time presence and permanent location. But a one-day-a-week storefront in five or six communities might be the perfect market size.

For this reason, it’s not a stretch to envision a new form of shopping center catering to mobile businesses. With a stationary common area at its core, the mobile mall will be a central gathering place where a variety of businesses can quickly “plug-in” and set up shop.

RVs, trucks, vans, and other large vehicles can be converted into traveling dental offices, tax preparation centers, chiropractic clinics, and retail storefronts. As they pull into place, merchandise and service areas will expand into the common area creating an “open bazaar” feel for the shoppers.

In this kind of setting, malls will increasingly become one-stop destinations, not just for all your shopping needs but for a growing number of your daily living needs.

Most of the traveling storefronts will be one or two-person businesses, nomadically traveling from city to city on their daily business adventure. Others will work a regular circuit, showing up on the same day each week, building a loyal customer base.

The most exciting part of driverless mobile businesses plugging into a mall setting is that every customer visit will be a unique and different experience. Even old-timers like me can get excited about this concept.

When you combine shopping, working, eating, self-care, professional services, events, and religious services, the mobile storefronts inside malls of the future start to sound like my kind of live, work, and play community. All that’s lacking is residential space, and that will surely follow!