Can Social Media Survive? Is it Worth Saving? 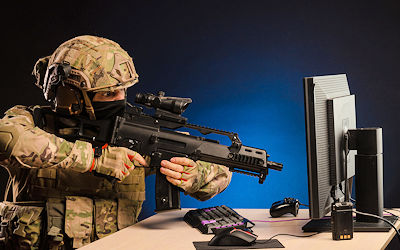 Among most of my futurist friends, it’s common thinking that most future wars will be started as cyberwars.

As we discuss this type of scenario, they begin as a series of attacks on critical infrastructure, with one country being severely undermined by state-sponsored terrorists, or a rogue band of hackers. Malicious computer code inserted into a critical system related to transportation, finance, health, or utilities, for example, can bring a nation to its knees, or even turn these systems into weapons – crashing planes, blowing up nuclear plants, releasing contagions … no doubt you’ve seen the same movies I have.

Now let’s imagine another kind of cyber war – an extension of the propaganda wars of the past. Not Hanoi Hanna or Tokyo Rose, but lies and misinformation spread on mainstream social media sites, maybe even seemingly by famous people. This isn’t farfetched, of course, and it’s happened already, usually on a smaller scale. We’ve all seen these messages – “Ignore that post, I’ve been hacked.” Or, “Don’t respond to a friend request from me, my account has been hacked.”

Add to this plot our mainstream media’s proclivity to use social media as a news source, and our disinformation pipeline can be amplified a hundred-fold before it’s proven false or bogus. Once it’s out there, like the evil genie, it becomes impossible to put back into the bottle.

As we’re seeing these days, people eagerly accept, believe, and share any “news item” they see that supports their viewpoint. It doesn’t take much to polarize a nation when people stop learning and choose just to “accept.”

This opens the door for foreign agents to sow discord, polarization, division, and humiliation through social media. But who needs a foreign agent to do that these days!

Let’s take things a step further. What if the Facebook, Twitter, or Instagram account of a world leader, a nation’s president for the sake of argument, is hacked? In the ten minutes before the account can be locked down, slanderous or even extremely dangerous information is presented as fact. “Prime Minister X is a predator.” “We’re sending troops to the Y country border for an imminent invasion.” “We will seek to assassinate the evil leader of country Z.” Can you imagine the international reaction and the national security/military Code Reds that would be triggered?

Is it possible that our next war could be triggered by fake news on Facebook? Keep in mind, virtually every past war has resulted from a massive communications problem, and in our world today, a little misinformation can go a long way since 1.62 billion users visit Facebook daily and most of them like to share.

Little by little, Facebook is being dominated by toxic advocates. If you unfriend the polarizing people, then you’re not left with much. If we add enough filters to manage our feed, we might get the message, “Sorry, I can’t find anything else you might want to see!”

In my mind, the biggest danger Facebook and similar sites pose is not the pre-emptive nuclear war resulting from a hacked presidential post, but how they’re dividing us and polarizing society.

Yes, virtually every technology, even those created with the best of intentions, can be used to the detriment of society. And now we can add Facebook and Twitter to that list.

Social media, as it is being pressured by its boycotting advertisers, has found itself being pushed towards an impossibly high standard.

Facebook and Twitter now have the mandate to become their own arbitrators of not only what’s true and what’s not, but also what’s demeaning, inflammatory, bullying, and mean-spirited. And they’re attempting to do so in a way that’s okay with every country, culture, religion, ethnic group, and language. In short, it’s simply not possible.

My prediction is that once we’ve seen that they’ve passed their peak, perhaps only a few months away, social media will get replaced with what comes next, something edgier and more disturbing, but a platform that insulates and removes itself from our most egregious human behavior.

← The Future of Non-Lethal “Weapons” Is this the end of the shopping mall? →
Tags: cyberwar, fake news, social media