Modern Day Grandstanding and the Future of Getting Noticed 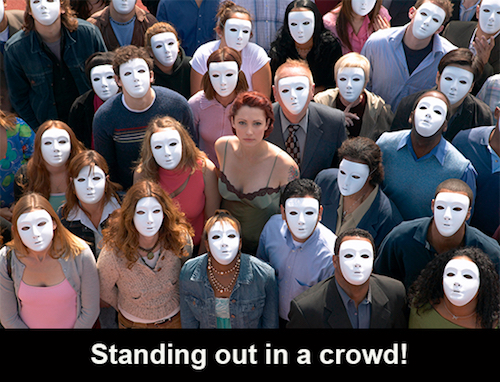 On a recent trip to Amsterdam, I had a conversation with Axel Rüger, Director of the renowned Van Gogh Museum about what it was that made Van Gogh so famous. Was it his talent, the fact that he cut off his own ear, or a combination of both?

As we continued the discussion, perhaps an even bigger question that we debated was whether Van Gogh and his artwork would be more famous or less famous 100 years from now?

Naturally, this line of thinking raises many other questions. Is there any kind of formula that can guarantee fame? Does grandstanding, plus talent, equal fame?

If a talented artist today engaged in a similar form of grandstanding by cutting off their ear, or some other part of their body, would it have the same effect today?

Probably not, because it has already been done before, and we rarely remember those who come in second.

As a professional speaker, I find this line of questioning very intriguing because I find myself rubbing elbows with some of the most recognizable personalities in the world.

So what kind of grandstanding has worked in the past, and how will it change in the future?

After Justin Bieber used a few homemade YouTube videos to carve a path to superstardom, thousands of other talented young kids began posting similar videos with hopes that lightening would strike again.

Similarly, Mark Zuckerberg and his team of rule-breaking Harvard-dropouts inspired thousands of other young startup pioneers to jump on the fast track to becoming the next Internet billionaire.

Is there a limit to the number of famous people the world can have at any given time? Does a famous person have to die to make room for someone new? Will everyone have their 15 minutes of fame like Andy Warhol famously suggested?

Here’s why all these question are so important and how the path to fame will continue to change in the future. 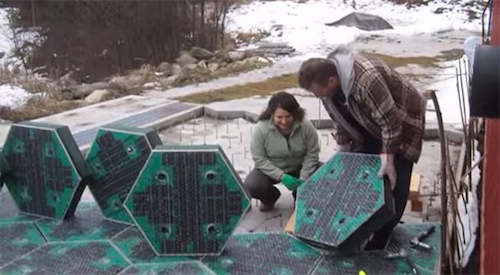 Scott and Julie Brusaw and their Solar Roadways Technology

Positioning Yourself for the Lightening Bolt of Fame

In April 2014, Scott and Julie Brusaw launched a crowdfunding campaign on Indiegogo to raise money for their groundbreaking Solar Roadways technology. In May they added a very clever video titled, “Solar Freakin’ Roadways,” which instantly went viral and has been seen by over 18 million people around the world.

As a result, the crowdfunding campaign raised $2.2 million, making it Indiegogo’s most popular campaign ever in terms of backers. Part of the initial success was attributed to a tweet made by George Takei, who played Sulu on Star Trek, to his more than 8 million Twitter followers.

It was also the first energy-related video ever to go viral on this scale.

This is an example of a well-executed grandstanding effort – cutting edge technology tied to an ingenious video and a George Takei tweet.

Naturally this raises many questions. Can campaigns like this be duplicated? Are there common elements that will increase the probability for success? And are there some fields where superstardom is easier to achieve than others?

As you can imagine, celebrities in the energy industry are quite rare, but far more common in sports and entertainment. But stardom in other sectors is growing.

For this reason, I’d like to focus on the driving forces and shifting trends in the self-promotion world of “king-makers.” 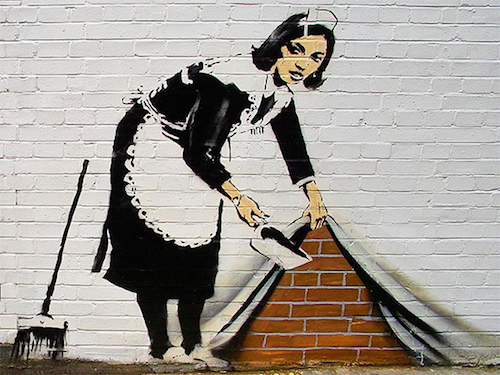 The following is a diverse list of celebrities who have gained both national and international notoriety through unusual methods.

1. Banksy – Everyone loves a mystery and the fact that no one has been able to discover his or her identity keeps people paying close attention to the brilliant graffiti art showing up randomly on the sides of buildings. Banksy’s work grew out of the underground scene in Bristol, England and is now more popular than ever.

2. Dale Chihuly – An American glass sculptor, Chihuly has garnered worldwide attention with his large-scale glass installations in botanical gardens. The contrast between glass and nature is nothing short of breathtaking.

3. Psy (Park Jae-sang) – As a South Korean singer-songwriter and record producer, Psy has become an international celebrity because of his hit single “Gangnam Style” which was the first YouTube video ever to be downloaded over 1 billion times.

4. Simon Sinek – Authors have found that being a good speaker also sells books. Attracting over 20 million views as a TED speaker, Sinek is the author of the best-selling books, “Start With Why” and “Leaders Eat Last.”

5. Edward Snowden – As a former CIA intelligence officer, Snowden gained worldwide attention after leaking classified information from the National Security Agency (NSA). What Snowden unleashed will have ripple effects for decades to come. As a result, Snowden has become a much sought after speaker, through live video webcasts from his current home in Russia.

7. Katy Perry – This young pop singer has more Twitter followers (over 60 million) than anyone else including Justin Bieber.

8. Pete Cashmore – As CEO and founder of the world famous blog Mashable, Cashmore is one of the youngest and richest bloggers in the world.

9. Jane McGonigal – Jane is one of the best-known gaming industry evangelists and her TED talks are themed around how the world would be a better place if we all played more games.

10. Michael Arrington – Michael has become known as the “Prophet of Silicon Valley.” His site, TechCrunch, updates its news so often now that you can get minute-to-minute tech news.

11. Malala Yousafzai – 17-year old Nobel Peace Prize winner from Pakistan is the youngest ever to win the prize. Malala grew to prominence as a human rights activist promoting education for women in her native Swat Valley in northwest Pakistan. He actions led to an attempt on her life in 2012 where she was shot in the head and narrowly survived.

Demonstrating the fine art of getting noticed

Eleven Future Trends in Getting Noticed

During the middle ages there were peasants and royalty and very little in between. Over the past couple centuries, mediums like newspapers, radio, and television were born, giving rise to whole new classes of celebrities.

More recently, over the past two decades, the Internet has spawned countless new media channels, each giving birth to their own brand of celebs. At the same time, there are far more changes afoot than most of us realize.

1.) Additional Channels for Discovery – Today, the path to fame can take thousands of different routes. As an example, becoming famous on Quirky, Kickstarter, Vine, Facebook, YouTube, Twitter, Pintrest, or Reddit are all options that were never available 20 years ago.

2.) Far More Categories of Fame – Everything from video game tournaments, to online cooking shows, to crowdfunding campaigns have all spawned new categories of famous people.

3.) Every Level of Fame Comes with Incremental Degrees of Recognition – Gone are the black-n-white days of famous or not famous. As the amount of information we consume increases, so does the space we have in our lives for those we admire. In addition to name recognition, fame can be measured by the number of social media followers, video views, article downloads, online web footprint, books sold, radio appearances, or a multitude of other metrics.

4.) The Multidimensional Nature of Fame – Today we have famous people in every industry, every community of interest, every nationality, every region, and in tons of quirky online niches. Tomorrow there will be even more.

5.) Better Tools to Manage Fan Clubs – It’s rare that people become famous without effort. It typically requires effort, usually sustained effort over a long period of time. Managing a personal fan club is all part of the work that prepares people to climb the ladder to celebrity.

6.) Fewer Gatekeepers – Yes it is still difficult to get an article published in the New York Times or make an appearance on the Tonight Show with Jimmie Fallon. It even takes some work to get your Kickstarter campaign accepted. But anyone can create a blog, self-publish a book, post a YouTube video, or create a Facebook account.

7.) Risk-Taking is Approaching Free – At the same time that gatekeepers are going away, recording and posting videos, blog postings, tweets, emails, Facebook entries, and a multitude of other tools needed to become famous are becoming less expensive every day.

8.) Raising the Bar on Accomplishments – Running the 4-minute mile has come and gone. Every well-crafted TED talk competes for mindshare with every other form of media. Every significant accomplishment raises the bar, causing our expectations to grow. Our short attention span coupled with our ability to instantly switch channels or webpages has left us with little tolerance for average and mediocre performances.

9.) Our Need for Heroes is Increasing – The Internet is enabling each of us to live hyper-individualized lifestyles, and every social circle, area of interest, and technical profession demands people who are our heroes to help guide our thinking

10.) The Path to Celebrity is Becoming Clearer – The number of “personalities” we will come into contact with throughout our lives will continue to grow. Our increased exposure to celebrity people gives us a better perspective on how to become one.

11.) Novelty is Limitless – There is no limit to human creativity, and combining ingenuity with emerging technology, existing tools, and a few expansive approaches to unlocking what’s possible, gives anyone who would otherwise be destined to live their lives in obscurity a way out. 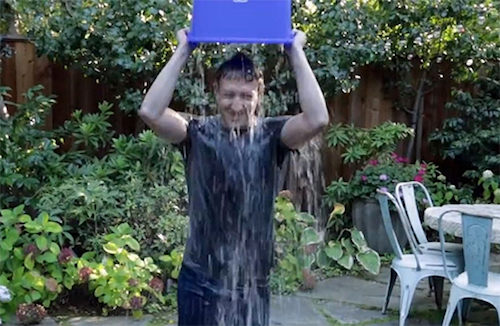 No one can deny the brilliance behind the enormously successful ALS Ice Bucket Challenge that garnered over 1 billion views on YouTube during it peak two month period of July and August of this year. But what triggered its success?

It all began when Pete Frates and Pat Quinn, both having been diagnosed with ALS came up with something they called the “Cold Water Challenge.”

The challenge first received media attention in the U.S. on June 30, 2014, when the program Morning Drive, aired the first on-air Ice Bucket Challenge on the Golf Channel.

Soon after, Matt Lauer did the Ice Bucket Challenge on The Today Show after being challenged by Greg Norman. This was quickly followed by everyone from Bill Gates, to Elon Musk, George Bush, and millions more getting buckets of ice water dumped on their heads.

However, the Ice Bucket Challenge has come and gone, leaving many of us asking, “what’s next?”

As I wrap up this discussion on grandstanding, I will leave you with three parting thoughts:

If you’re looking for a new grandstanding approach to promote your business, product, or yourself, there will always be some new way to get discovered.

As famed marketing guru Seth Godin likes to say, “Marketing is a contest for people’s attention.”

It may be helpful to think of grandstanding simply as a global competition for people’s attention. But what you do after you’ve gained it will be a key deciding factor.