Our Urgent Need for Global Authorities 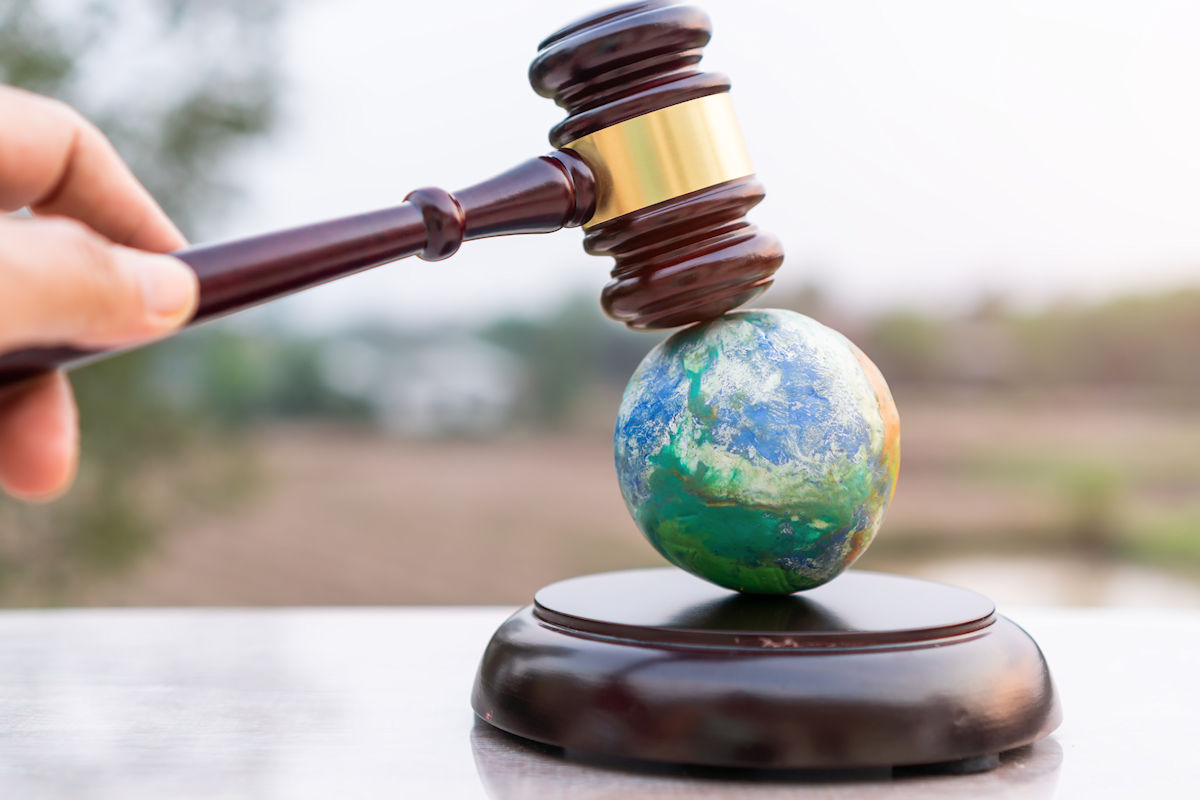 Facebook recently announced it was expanding its hate speech policy to include content that “denies or distorts the Holocaust,” a major shift for the social media company that has repeatedly come under fire for its inaction on hateful and false information in the past.

In announcing the policy change, Monika Bickert, Facebook’s vice president of content policy, cited a recent survey that found almost a quarter of adults in the US between the ages of 18 and 39 believed the Holocaust was a myth.

Facebook will now direct users to credible information if they search for content related to Holocaust denial on its platform.

While many will agree with Facebook’s decision to take this action, it remains a decision they made on their own without any overarching policy to serve as a framework for future decisions.

In short, they acted as their own judge, jury, and executioner.

Naturally this leaves many unanswered questions. Will Twitter, Google, and LinkedIn follow suit? Are flat-earthers next? How about Singularity deniers? Sigmund Freud deniers? Or tectonic plate deniers?

Admittedly it’s a very fine line between having free speech and being allowed to falsely yell “fire” in a crowded movie theater.

Facebook CEO, Mark Zuckerberg, has frequently said Facebook should not be the arbitrator of complex judgment calls over free speech issues, and has called for a governmental regulatory body to set universal standards. This has not happened.

For this reason, Facebook has decided to fund an independent external oversight board, dubbed their Supreme Court, which will make decisions about whether content should be removed from Facebook and play a key role in setting precedent about content policy from here on out.

But Facebook’s internal policy is not intended to regulate other social media platforms.

While most businesses on the planet have governments serving as a “checks-and-balance” agency regulating the actions of corporations, the Internet continues to operate in a “wild west” fashion where virtually everything is okay until it’s not.

Without any global authorities in place, most social media companies are now operating their own “truth meter” to decide which versions of the truth are acceptable and which ones are not.

Promoters of Chaos and Disruption

Since 2020 is an election year, many have cast a wary eye at foreign agencies that may be trying to influence the elections. The same groups used to tilt an election are often used to promote chaos as a way of disrupting progress. Those with a chaos mandate are typically harder to spot because their overarching agenda is far less obvious. Over the past few months, law enforcement researchers have been tracking a number of groups promoting disinformation campaigns used to spread chaos, inflame anti-government sentiment in many communities, often to the point of inspiring violent criminal behavior. With sites like 4Chan acting as a breeding ground for political radicalization, followers tend to move onto more mainstream platforms, like Facebook and Twitter, where they spread their ideas and build wider communities and influence.

We currently have very few global authorities. The United Nations was created to resolve global conflicts. ICANN is the global authority for naming and numbering systems related to the Internet. And the World Health Organization oversees health dangers around the world. With the concept of ownership being muddied by governments and police claiming authority to seize property, a global authority may be needed to sort out all of the issues related to ownership around the world. Simply claiming rights based on the “spoils of war theory” needs to go away. As the number of multinational corporations grow in size and influence, we urgently need a number of global authorities to regulate emerging areas of business: Every new form of technology adds an extra layer of complexity, and the types of dangers become exponentially more difficult to understand.

There are many benefits to having separate countries around the world. They can preserve cultures and help spawn new industries. But the biggest benefit is the competition that takes place between countries. This competition has helped push our standard to living to increasingly higher levels. At the same time, we are in dire need of a number of global authorities to address specific problems, and these problems will continue to fester until some type of regulatory system is put into place. It’s important to understand, we have a very symbiotic relationship with the online world. If the human economy collapses, so will the Internet economy.

← The Power of Being First Will AI replace humans? →
Tags: fake news, future of the internet, social media