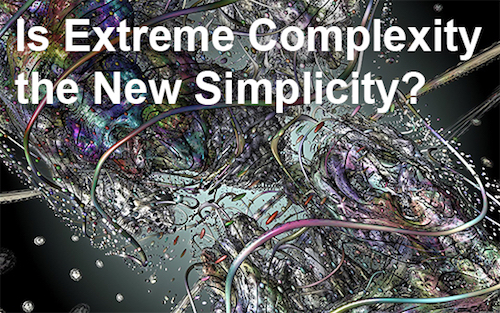 When was the last time you used Google’s search engine? Were the results more or less relevant than the searches you did a year ago?

Early on, after Google had developed its breakthrough search algorithms, they realized the Internet was a very fluid environment that would require constant monitoring and continuous changes to keep the people who were gaming the system at bay.

Currently Google is making changes to its main search algorithm roughly 40-50 times a month or slightly more than once a day. As the web evolves, this number will undoubtedly increase.

Now consider the possibility of a country using the same type of constantly evolving algorithms to determine its tax code.

Countries have similar problems with people trying to game the system to avoid paying taxes, so what if the IRS, or its equivalent in other countries, made similar algorithm adjustments to constantly close loopholes and determine the appropriate tax rate?

In case you’re thinking this is a ridiculous idea, the IRS is already making changes to the tax code at a rate of more than once a day – 4,680 changes since 2001.

But rather than thinking in terms of an income tax that is only filed once a year, what if it were applied to a national sales tax where literally billions of purchase transactions happen every day. Here are some thoughts on why this may or may not be a better way to go. 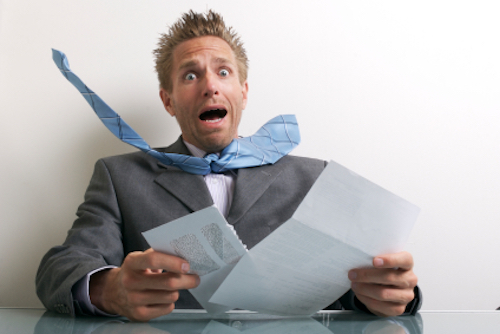 “Here in the U.S. we dedicate far too many brain cells to thinking about taxes!”

Over the past several decades, people and politicians in the U.S. have pushed for simpler taxes, yet the trend has always been in the opposite direction.

According to National Taxpayer Advocate, Nina Olson, the U.S. tax code contains almost 4 million words. Since 2001, there have been 4,680 changes, or an average of more than one change a day. Here are a few other stats:

The current trend line here is unmistakable. Taxes are getting more complex at a far faster rate.

However, what most people have been overlooking is the complexity enablers, the tools and technologies that enable us to work with far more variables and decision points. We have entered an era of automated complexity, giving us the ability to manage problem sets far beyond the normal scope of human capabilities. 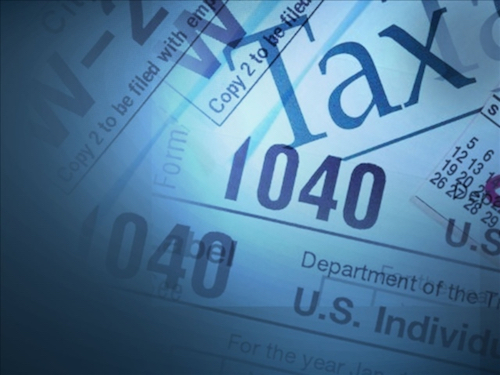 “Making hundreds of tax code changes every year with our current
income tax system is tantamount to having Google wait until April 15th
every year and making all their software updates on a single day.”

Making a Case for Extreme Complexity

Since calls for simplicity fall on deaf ears, and the ability to control taxes lies at the heart of congresses’ power, the only logical approach may be to push for extreme complexity, with a living tax code that gets monitored and adjusted every second of every day.

Much like Google’s ranking algorithm or a power company’s demand pricing structure, the tax code could evolve into the living, pulsing heart of our economic engine.

Taking it one step further, what if this overarching economic engine could also adjust interest rates regionally and nationally, and instantly react to emergency situations such as national disasters or life threatening conditions.

As an example, when someone faces a medical crisis, has a new baby, gets evicted, or loses a job, the system could automatically adjust interest, abate payments, or adjust their taxes until the situation improves.

Here are a few other features that could be built-in to this type of system:

With our current tax system, where income tax is filed once a year, we have very little understanding of how any one particular change will affect specific groups, regions, or the economy as a whole. If we moved to a national sales tax, where the system is constantly being tweaked and monitored, we could instantly watch the ripple effects of every alteration.

Most view government’s role through an adversarial lens, when the reality is far different. Every government relies heavily on the performance of its people and businesses. In a competitive global economy, the synergy between a country’s component parts has to be maximized in order for any administration to stay ahead of other countries nipping at its heals.

However, for a system like this to work properly there would have to be a number of checks and balances incorporated into its architecture. This would mean the IRS may be allowed to manage it but wouldn’t be allowed to make policy decisions, and operational metrics would need to be optimized for overall performance as opposed to favor-granting schemes or fine-tuning around someone’s personal interests.

“People in the future will look back at our time and laugh
at how insane our tax code is to deal with!”

Here are a couple brief scenarios to help expand your thinking:

Scenario 1: Any street with a high number of stoplights could either be optimized around creating the best flow of traffic or maximizing the amount of sales tax generated in local businesses.

Impulse buying decisions are often made when life is put on hold, even briefly at stoplights, so would it be better to lean towards better flowing traffic or increasing revenue streams for neighboring establishments?

More importantly, how insane is it to think of having a tax system control our stoplights?

Scenario 2: Whenever taxes are added to the price of a product it becomes very difficult for consumers to calculate exactly what they’ll pay when checking out of a store. With a national sales tax, if we have to do the math ourselves, it will only get worse.

In a hyper connected world, smart tags could be developed with readouts that display a complete breakdown of a product’s price along with its associated taxes. Every store would use these Internet-connected smart tags in front of each item they’re selling.

Whenever consumers have the complete picture, they are better equipped to make purchase decisions.

“Every complex system can become a breeding ground for power abusers
if its not properly designed and managed, especially if the natural state
of transparency is a complex fog of nano intricacies.”

But here’s where things can go wrong…

Every complex system can become a breeding ground for power abusers if its not properly designed and managed, especially if the natural state of transparency is a complex fog of nano intricacies.

A national sales tax could begin to distort the authority of state and regional taxes and overshadow their autonomy.

All complex technologies have flaws, and for the hacker crowd, security systems designed to protect money tend to come across like a bully yelling, “I dare you!” with little danger of being caught.

A system like this should in no way be considered a panacea for everything we have problems with today, because many things will go wrong. Yet, as governments evolve, it may be inevitable. 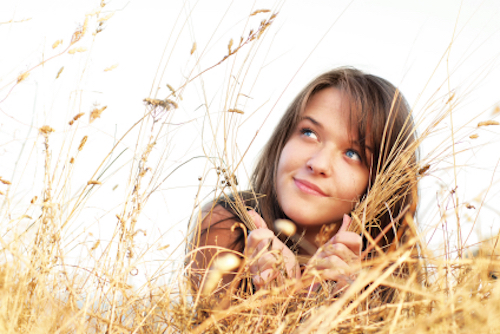 “Can extreme complexity guide us to a simpler, better life ahead?”

Here in the U.S. we dedicate far too many brain cells to thinking about taxes, and I’m sure it’s the same way in many other countries.

Every hour we spend thinking about taxes is one less hour we can devote to growing our businesses, helping our families, or solving far more important problems in society.

Those who are demanding a far simpler lifestyle are being drowned out by the complexity enablers, and ironically, extreme complexity may indeed be where authentic simplicity lies.

Governments have a vested interest in creating a better functioning country, and current systems rely heavily on guesswork with very few (and slow) metrics for making policy decisions.

Making hundreds of tax code changes every year with our current income tax system is tantamount to having Google wait until April 15th every year and making all their software updates on a single day.

A national sales tax can provide real-time data with the ability to make changes on the fly. It’s far more attuned to the fluid nature of society and our rapidly changing global economy.

At the same time, many things can go wrong. Complex systems often spawn complex problems, and Big Brother paranoia will be rampant.

I’ve often said people in the future will look back at our time and laugh at how insane our tax code is to deal with.

So can we actually achieve some sort of Zen state of invisible tax equilibrium? Can extreme complexity guide us to a simpler, better life ahead? I’d love to hear your thoughts.

← When Prisons Become Illegal The Rise of City Power →