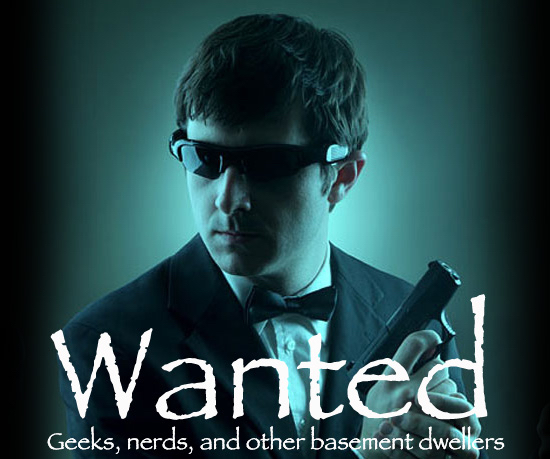 In the late 1980s, I spent some time as a mainframe programmer at IBM. Conversations around the water cooler often had to do with some of the cryptic code written 2-3 decades earlier, buried deep within the system, that was incomprehensible to what anyone was writing at the time.

Now, 25 years later, the problem has grown exponentially worse. With a programming universe comprised of over 8,000 different languages, dated languages like Fortran, Jovial, and Cobol that lie buried inside corporate IT departments are coming back to haunt their host companies.

As an example, the day-to-day operations at the Mellon Bank of New York are based on 112,500 Cobol programs – 343 million lines of code – that run core-banking functions. Mellon Bank is not alone. Thousands of other companies have similar issues.

The ticking time bomb behind this problem is that the people familiar with this code are nearing retirement age. For companies that wait until that the institutional knowledge is gone, the costs for converting over may be as much as ten times higher than it would have been beforehand.

In an industry where speed is king, few college students want to learn the equivalent of programming Egyptian sundials when atomic clocks are driving the web. With a massive programmer shortage looming, it will come as no surprise that our newest venture at DaVinci Institute will be one to train next-generation programmers – DaVinci Coders.

Cobol is one of the oldest programming languages, first appearing in 1959. Its name was derived from an acronym for COmmon Business-Oriented Language.

The COBOL specification was created by a committee of researchers from private industry, universities, and government during the second half of 1959. The specifications were to a great extent inspired by the FLOW-MATIC language invented by Grace Hopper, an inspirational visionary often referred to as “the mother of the COBOL language.”

Largely because of Grace Hopper’s influence, the percentage of female COBOL programmers is over 30% which is far more than most languages in this heavily dominated male arena. By contrast, only 6% of Ruby on Rails programmers are female.

More than 50 years after Cobol came on the scene, the language is alive and well in the world’s largest corporations, where it excels at executing large-scale batch and transaction processing operations on mainframes. The language is still popular because of its scalability, performance and mathematical accuracy.

A recent article in ComputerWorld does a good job of laying out the challenges ahead. New people entering the programming field couldn’t be bothered by the slow, tedious nature of programming in COBOL.

“College graduates with training in Cobol are in short supply. In Michigan, for example, state schools that offer Cobol programming have cancelled classes due to a lack of interest. “They can’t get anyone to enroll,” says Jonathan Miller, director of Saginaw County Information Systems and Services.”

“But some colleges are still providing Cobol training — with help from IBM. The mainframe vendor has developed curricula in association with more than 80 colleges and universities ranging from Brigham Young to Texas A&M. “We donate hardware and software, help with the curriculum, and they graduate hundreds of people every year,” says Kevin Stoodley, IBM fellow and chief technology officer.”

Having a gradating pool of “hundreds” hardly seems adequate for a language with a 50-year legacy and a massive bulge of talent ready to retire.

A recent survey by PayScale.com reveals some of the problem with recruiting new COBOL programmers. They simply don’t make as much money. 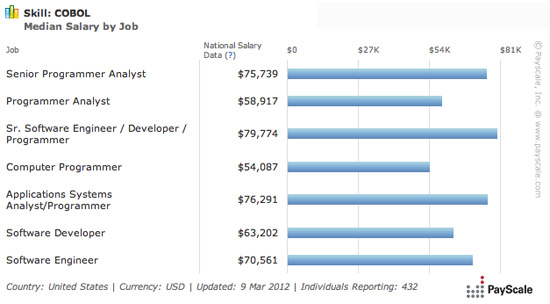 A senior software engineer in COBOL earns less than $80,000, while an experienced Ruby on Rails Developer can earn over $120,000 per year.

Currently the Ruby on Rails field is predominantly a male working environment comprised of 94% men and 6% women.

What We Can Learn from the New York Stock Exchange

The anticipated retirement of in-house talent and the coming shortage Cobol programmers were a primary drivers behind NYSE Euronext’s decision to reengineer 1 million lines of Cobol on a mainframe that ran the stock exchange’s post-trade systems. While Cobol was dependable, it wasn’t viewed as maintainable in the long run.

“Steven Hirsch, chief architect and chief data officer at NYSE Euronext, cites the need to make changes very rapidly as another key reason the stock exchange abandoned Cobol. “Ultimately, the code was not easily changeable in terms of what the business needed to move forward. We were pushing the envelope of what it took to scale the Cobol environment,” he said.”

In a recent survey, nearly half (49%) of survey respondents whose organizations don’t use Cobol say the reason is that the language is simply outdated.

Several factors are converging that will make the decades ahead fertile territory for software engineers.

First, the Bureau of Labor Statistics is predicting a 22% increase in available tech jobs nationally by 2020. The demand for software services is already growing at a healthy clip.

Complicating these projections, many of the large corporations are beginning to contend with a retiring talent pool. Programmers well versed in the old languages, far more than just COBOL, are about to leave. In many cases, the cost of replacing the code after the resident talent leaves can be exponentially greater than when the in-house IT experts are still around.

Virtually every major industry will be conducting a code assessment over the next 2-3 years to determine whether the old code is worth saving. Every time a decision is made to “re-do everything,” either the company or its IT arm, will undergo a massive hiring surge.

In addition to everything else, mobile apps and mobile startups are becoming the new gold rush. A high percentage of existing programmers are ready to jump ship and start their own business when the conditions are right.

Young people today have demonstrated time and again that they are far more interested in launching their own business than they are in buying a house. And the business of choice invariably will involve a web operation or two.

Every startup in the tech world only increases the demand for additional coders. This becomes an incessant driver, one without enough talent in the pipeline.

The Genesis of DaVinci Coders

In looking over the opportunity landscape, we found a dearth of beginner-based training. People wanting to enter the programming field are left with the options of either going to a traditional college or learning on their own.

Since most people don’t have 4-5 years and $80-$100K to make the transition, or even 2 years and less money in the case of technical schools, traditional education is not a viable option.

On the other end of the spectrum, self-study programs that have recently become widely available and free, only appeal to the narrow spectrum of extremely self-motivated individuals.

Neither of these options does a good job of integrating students into the working life of coders by networking them into local companies or communities.

The best example of doing it right was Code Academy in Chicago started by Neal Sales-Griffin and Mike McGee in 2011. Starting their first class in August of last year, Code Academy focused in on people who are passionate and driven. With three times the number of applicants as to what they could handle, they found they had drilled into a deep and untapped opportunity.

Patterning our curriculum closely after what Code Academy is doing in Chicago, DaVinci Coders will be offering a full-immersion program based on an 11-week course with 10-hours per week of actual classroom instruction with homework and group projects filling virtually all of the non-classroom time.

Each class will be limited to 16 students. When they’re not in class, students will have their own pass code to use the adjacent coworking facilities inside the DaVinci Institute 24/7.

Students will each be assigned an industry mentor who will meet one-on-one with the students to answer questions and help integrate them into and familiarize them with the programming world at large.

With over 2,500 existing computer languages competing for mind share, we will naturally see the vast majority of them go away over the coming decade, with little more than a footnote in the tech history books to note their existence. However, the coding debris left behind will have to be dealt with in some fashion.

While the owners of this code see it as a problem, many others see it as a golden opportunity. Stale operating systems that were painful at best to make changes to, can now be rewritten in a vibrant language with interactive feature that allow them to move into the mobile spaces and social networking environments.

The number of coders and IT professionals will have to grow dramatically to meet the demand over the coming years. Already one of the highest paid professions in the country, programmer salaries are destined to climb much higher as skilled talent will be in short supply for decades to come.