The Curse of Infrastructure 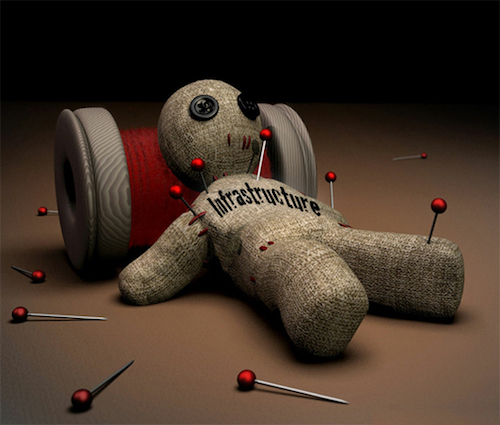 Every time I drive to the office there are 11 separate stoplights along my route. Based on some cosmic luck-of-the-draw, two thirds of the stoplights will either be red or green, and the time it takes me will vary from 12 to 22 minutes.

Yes, it’s a relatively short commute. But the countless hours spent every year sitting mindlessly at ill-timed stoplights represents a tremendous expense of time, fuel, and resources that not only I, but also the majority of workers in America bear, all because of one tiny piece of ancient infrastructure – the dumb stoplight.

Indeed many communities are beginning to shift to intelligent traffic systems that constantly adjust patterns to better match the flow of cars. But this long overdue transition is happening at great expense to cities, an expense that cities themselves derive very little direct benefit from.

In this one teeny example, we can begin to see the challenges ahead for dealing with infrastructure. Not only is it expensive to maintain and upgrade what we have, but more importantly, it blinds us to what-comes-next.

For this reason, I’d like to take you along on a journey into the complex world of future infrastructure, and the curse of every legacy system that accompanies it.

There is a long-held belief that infrastructure, in general, represents a long-term societal investment, that will move us along the path of building a more efficient, better functioning, society. And usually it does…for a while.

However, infrastructure comes in many forms and as we build our elaborate networks of pipes, wires, roads, bridges, tunnels, buildings, and waterways, we become very focused on the here and now, with little thought as to whether there might be a better way.

Infrastructure creates its own inertia. As soon as its in place we suddenly stop thinking about what comes next.

Our life is based on stories of the here-and-now. Once stories are told, it becomes hard to un-tell them. 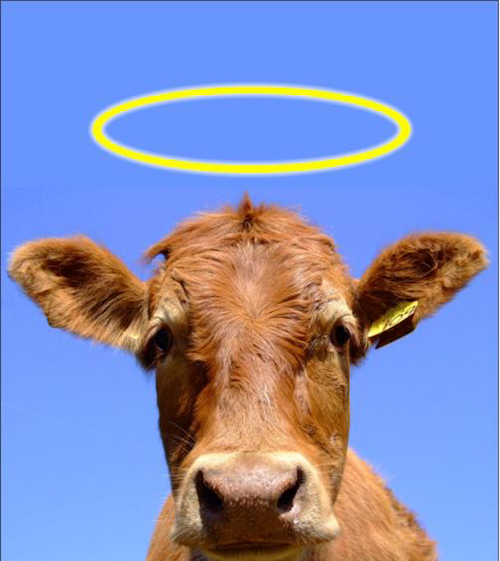 In many respects, infrastructure becomes a lasting testament to who we are as a society, and part of the cultural moorings we use to guide our existence.

The longer a piece of infrastructure is in place, the greater the resistance there is to replacing it. Much like an aging tree, the root system that feeds it becomes enormous.

Every community has its own form of sacred cows, and infrastructure is often one of the most entrenched.

Life Cycles are Getting Shorter

Whenever a new piece of infrastructure is put into place, the clock starts ticking. The corrosiveness of nature, structural deterioration, and functional obsolescence all begin to rear their ugly head. It’s useful life may be measured in decades or in centuries, but all forms of infrastructure will eventually wear out.

For virtually all forms, the life cycles are getting shorter.

On the long end of the spectrum, many of the hydroelectric dams in the U.S. were built in the 50s and 60s. But with modifications and upkeep, these dams still have many useful decades ahead of them.

Eight Stages of the Curse

As with most of the cycles we deal with in life, there are well-defined stages that infrastructure goes through during its existence.

As you are starting to see, our aging and problem-riddled infrastructure, and the painfully slow processes we have for changing it, is taking its toll. Here’s one example.

Airports Get a “D”

According to Jonathan M. Tisch, CEO of Loews Hotels, “Even though five of the world’s 10 busiest airports are located in U.S., not one of them ranks in the world’s 10 best.”

He went on to say, “Travel frustrations caused people to avoid 41 million trips in 2008, according to a study conducted that year. Cost to the economy was estimated at $26.5 billion.”

A survey he cited showed that civil engineers gave the U.S. aviation infrastructure a “D” grade – only slightly higher than the D minus given to our country’s roadways.

Working within the Current System

Clearly I’m not the only one complaining about stoplights.

A group of researchers from MIT and Princeton University have developed an app that takes advantage of a growing trend: drivers who install brackets on their dashboards and mount their smartphones as GPS navigators.

The researchers used a network of these GPS-enabled cell phones to collect information about traffic lights. Based on images captured by the phones’ cameras, the app is able to predict exactly how slowly a person needs to drive in order to miss the next red light.

The app, called SignalGuru, was tested on 20 cars in both Cambridge, Mass. and Singapore. The system used in Cambridge, where lights change according to fixed schedules, predicted the change of red lights to within two-thirds of a second. In Singapore, where traffic lights change depending on traffic flow, the system was less precise.

This is an example of people going to extreme lengths to compensate for our ailing infrastructure.

As with other areas of society, disruptive technologies are beginning to attack the sacred cows of infrastructure.

Here are a few fascinating projects where the founders are working hard to disrupt the status quo.

ET3: Billed as “Space travel on earth,” ET3 is an Evacuated Tube Transport Technology that transports packages or people inside car-sized capsules on a frictionless maglev track that moves effortlessly inside airless tubes to the destination. It’s estimated that speed of up to 4,000 mph can be achieved with this system.

Eole Water: The Eole Water company has developed a special wind turbine capable of extracting upwards of 1,000 liters of water a day directly from the air.

Contour Crafting: Developed by USC Professor Dr. Behrokh Khoshnevis, contour crafting is a layered fabrication technology similar to 3D printing that can be used to construct buildings and other key pieces of infrastructure.

Google’s Driverless Cars: After conducting over 100 separate test and logging over 250,000 on their fleet of driverless cars, Google is setting their sights on a very disruptive system that will forever change transportation. Hidden behind the hype of this technology is Google’s plan to come up with an Android-like operating system for all future driverless cars. As cars become driverless, we will see dramatic shifts in how roads and highways are built.

Blueseed: Funded by PayPal founder Peter Thiel, Blueseed proposes to create visa-free floating work villages in international waters, with the first to be located within helicopter distance of Silicon Valley. This floating island is a new form of infrastructure destined to disrupt a variety of existing systems.

Bitcoin: Even though it’s a virtual currency, many investors now think Bitcoin is safer than the euro, and it can be used for real-world purchases. The advantage of bitcoin as a currency is that it is decentralized, and the supply of bitcoins is controlled by an algorithm, rather than a bank or a government entity

Much of the world around us has been formed around key pieces of infrastructure.

In spite of its tremendous value, infrastructure is expensive to maintain, hard to change, and generally limits how we think about the future.

The world of infrastructure has far too many sacred cows with built-in inertias that are highly resistant to change.

Eventually change will happen, but people who are at the heart of these changes pay a price. Transitions like this can be very painful.

That said, the lifecycles for infrastructure are getting shorter, and the teams driving the disruptive technologies are getting far more sophisticated.

Infrastructure projects represent huge paydays for someone, and the disruptors are determined to make it their payday.

By 2030, we will see more changes to core infrastructure than in the combined total in all of human history. Our sacred cows are about to be set free, and the fundamental shifts we will see to the way society functions will be nothing short of breathtaking.