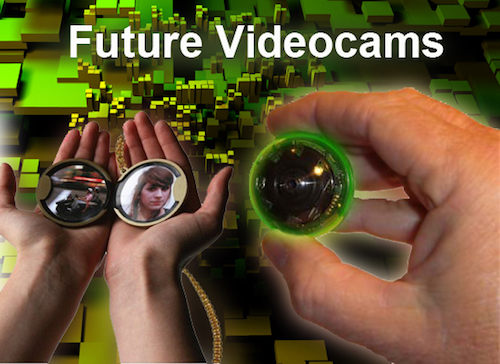 Many dental offices today use a device called an intraoral camera to show patients why they need a root canal. With little more than a camera on the end of a lighted wand, the technology gives people a new insider perspective into one of the least observed, yet most used, parts of the human body – the mouth.

Even though the mouth is only a couple inches below the eyes, people have very little understanding of what’s happening inside their own mouth simply because we haven’t had a technology like this designed for personal use.

Once we discover “eyes” for looking at parts of our body currently not viewable – inside our ears and the back of our heads – we will witness the next evolution of introspective human voyeurism that includes ingestible pill-cams that give us a video analysis of our own digestive tracks.

If all this line of thinking about next-gen videocams is beginning to sound a little weird, we’re just getting started. (Pics) 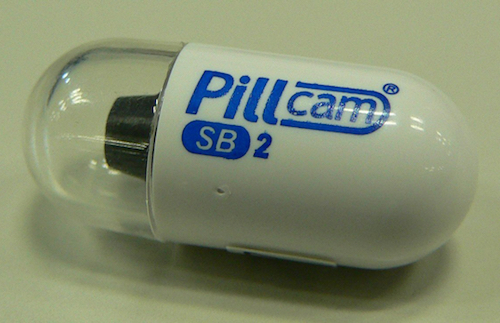 Israel-based Given Imaging worked with other technology companies in Israel, including the country’s military, to create the PillCam, which costs about $500 and is a one-time use only device. This technology is now a few years old and they are looking for new capabilities.

To date, more than 1,200,000 patients worldwide have benefited from PillCam endoscopy. 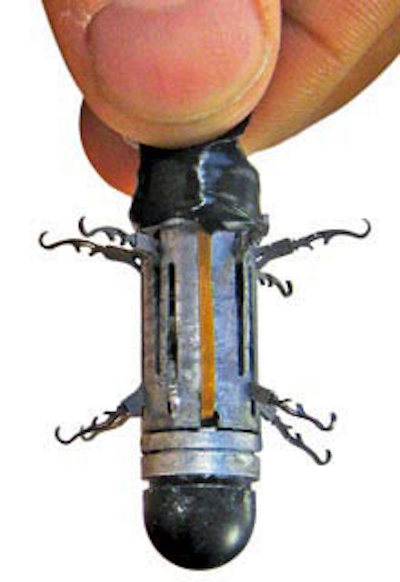 Going one step further, the people at Given Imaging are working to add more stability and control to the PillCam so they are experimenting with remotely controlled legs, grippers, and prongs.

Keep in mind the enormous size differential between a device that can travel through you digestive tract and one that flows through your bloodstream.

Currently, the size of this multi-legged insect only enables them access the gastro-intestinal tubes. However, Given Imaging is looking to shrink this veritable beast to a more versatile size, so recreating scenes from the sixties-era Fantastic Voyage film may not be far off.

So far we are just scratching the surface of what’s possible.

In the field of video cams there are several trend lines whose convergence is about to dramatically change the way that we think about video capture.

When it comes to creating the ultimate small video camera, we run into nature’s own barriers stemming from the wavelength of visible light which is roughly 400-700 nanometers across. Anything smaller than 400 nanometers is simply not visible because it’s smaller than light itself.

By comparison, red blood cells are 6,000-8,000 nanometers in size, the Ebola Virus is 1,000 nanometers long, and E. coli is in the 800 nanometers range. They are all still in the visible spectrum of light.

However, most viruses are in the 20-300 nanometer range which make them smaller than visible light. As a result, new tools need to be developed to “give us eyes” beyond the visible spectrum. Therein lies one of the major hurdles in working on the nanotech scale. 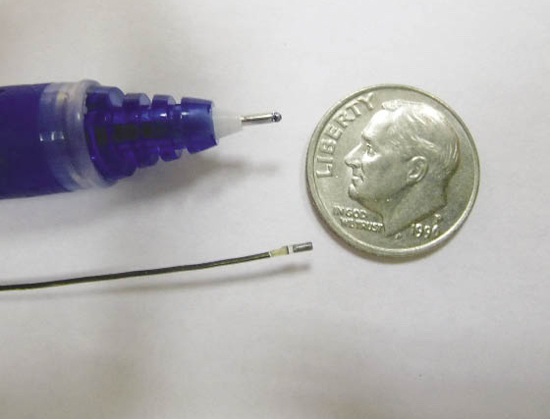 In May 2011, Medigus, also an Isreali company, announced the world’s smallest video camera at just 0.99 mm in diameter. For those of you who don’t speak metric, it’s 0.039-inches.

Over the past few days I have been involved in conversations with a couple nanotech experts on the topic of size. They are estimating the smallest possible size of a video cameras may be in the range of 1,000 nanometers across. By comparison, today’s tiniest camera is slightly less than 1,000,000 nanometers wide, or roughly a thousand times larger than what may eventually be possible.

As we all know, bees travel in swarms. The idea of video swarms will involve future video cams traveling in groups of hundreds, even thousands, to give infinite flexibility in our ability to capture images of the world around us.

As video cameras become smaller, cheaper, swarming in nature, and stitchable, we can begin to see some extraordinary possibilities take shape. Here are a few that come to mind:

Scenario 1: In an unprecedented experiment, ten million micro-scale video cams with wireless transmitters are dropped into the snow melting mountain runoff of Colorado. As the floating micro-cams meander from one waterway to the next, researchers are able to analyze the true nature of our national water supply. With each cluster of the swarm fragmenting into smaller groupings, and some of the water consumed, disposed of, and re-consumed, the study will be intended to uncover the secret life of our all-important water supply.

Scenario 2: Similar to Scenario 1, ten million micro-scale video cams with wireless transmitters are dropped from space to study the true nature of a developing hurricane as they fall to the ground. Adding visual perspective to sensory data like wind speed, temperature, and atmospheric pressures will give us an exceptional insight into the emerging science of geoengineering.

Scenario 3: With pervasive videocams positioned virtually everywhere, future cars will come equipped with augmented reality capabilities for “seeing around corners.” Traffic jams can be avoided, blind intersection better managed, and new warning systems will be developed to anticipate problems ahead.

Scenario 4: As videocams become cheap and pervasive, we will begin to witness an explosion of apps for working with them. Peripheral devices (videocams), processing power (smartphones), and mobile apps will orient their strategies around objects-talking-to-objects as we move further down the path of developing the Internet of things.

Scenario 5: Videocams with sensors injected into our bloodstream will give us real time health monitoring capabilities. Healthcare, as an industry, will move towards the concept of “self” – self-diagnostics, self-monitoring, and self-remedy.

Scenario 6: Along with the explosion of videocams, privacy laws will be constantly playing catch-up. Specialty courts will be formed specifically to deal with increasingly difficult videocam issues.

Scenario 7: Telecom companies are already unprepared for dealing with today’s growing data streams. As video content becomes more pervasive, the tension between companies and users will become contentious to the point of confrontation and sabotage.

Scenario 8: Tiny floating video balls, similar to e-ink, will be printed on surfaces to form objects with video capture capabilities. These video balls will oscillate their viewing angle, as needed, to track both rapid and slow moving objects.

Video is turning into the wild west of technology.

They go on to predict that the number of devices connected to the Internet will be twice as many as the global population in 2015 – roughly 15 billion.

Where does this end? And more importantly, what are we missing?

I chose this topic to discuss because of the rather extreme implications it will have on our future. But the vision is minuscule compared to what will really be happening. So please, let me know your thoughts.

← Living in an Age of Hyper-Awareness Visionaries Wanted - No Need to Apply, Just Do It →