Why the Tiny Home Movement May Not be So Tiny 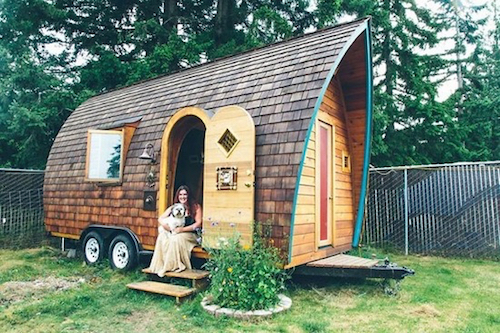 Most of us hate feeling cramped. We hate being stuck on a crowded plane, stuck in congested traffic, and wading through packed concert halls. We like to be able to stretch out, get casual, and relax, but we can’t do that when people are invading our space.

Over the past century, space has become synonymous with wealth, status, and luxury. Naturally the most important people have the biggest houses, biggest cars, biggest boats, and work at the biggest corporations.

As a society we’re caught up in a self-perpetuating make-money-spend-money loop that blinds us to other possibilities. We’ve been in a race to the top and a tremendous number of service organizations have cropped up that both heighten our fear of missing out and provide quick financing to buy the “good life” today with tomorrow’s money.

But the recent recession delivered a sobering gut-check to life as usual. Easy money has caused housing prices to spiral out of control, and all of the things we thought were so important, suddenly became less so.

Out of this has sprung a low carbon living crusade as a natural follow-on to the green and renewable energy movements. But it tends to be less about solving the world’s ills and more about people taking control of their own destiny.

At the heart of this movement are a new breed of tiny homes that are comfortable, efficient, often portable, and most important, mortgage free. They represent freedom, freedom from debt, freedom from conspicuous consumption, and freedom to live a life of passion.

Here’s why the tiny home movement is likely to be far more than a tiny blip on the radar screen of change. 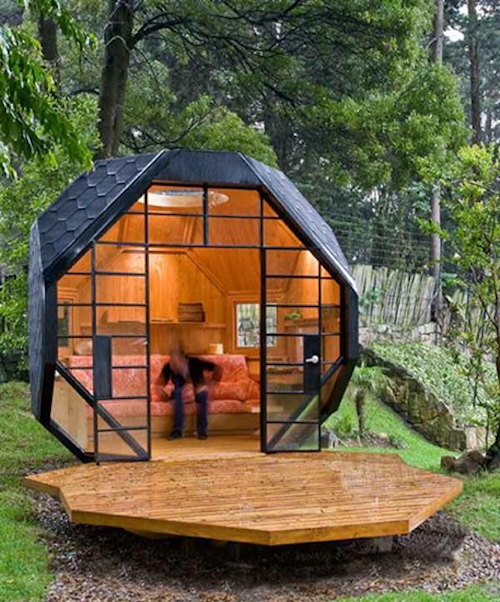 Tiny homes come in a wide variety of shapes and sizes

The Emperor has No Clothes

Gen-Y, or Millennials, were born between the early 1980s and the early 2000s. They’ve inherited a country that is broken. From the worst economy in 80 years, to a post-9/11 surveillance state, to a dysfunctional healthcare system, they have indeed been dealt a losing hand.

They were told the path to success was an overpriced college degree, but even with tons of education, very few are employed in jobs that require a college degree.

As a result, we have the world’s highest educated workforce of bartenders and waitresses. 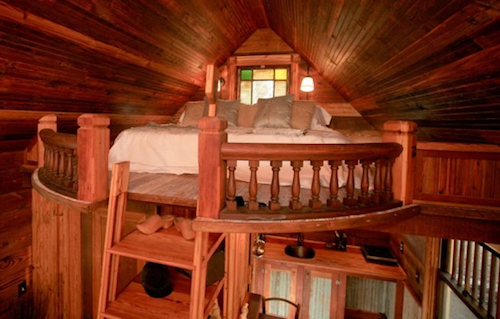 Inside view of a tiny home

Other than that, there are very few rules that govern tiny homes. Most are under 300 sq. ft. with some even less than a third of that, but others in the 400-500 sq. ft. range.

Construction varies widely from DIY wood and shingles, to retrofitted shipping containers, to unique architecture with alternative energy systems. Some are mobile, some transportable, and some fixed-foundation. Some are single person homes, others for couples or families. Some consist of durable construction, others will only last a few years. 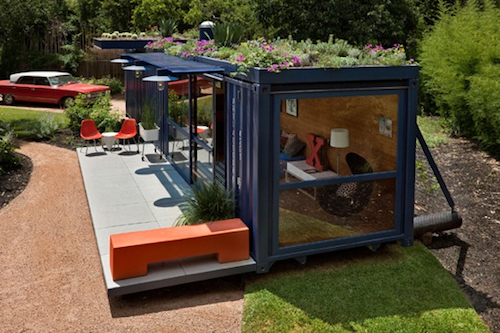 Constructed with a old shipping container

A number of companies are sprung up offering pre-built tiny homes:

Other companies are helping people build their own:

For some, these may be the perfect second home, cabin in the mountains, or vacation place along the coast. Others may want them as their primary residence. 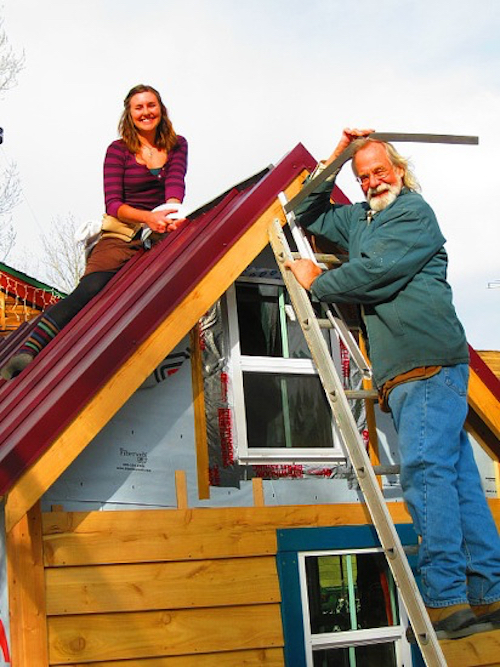 Ella Jenkins and her father building her home

Ella Jenkins of Frazier Park, California, is a 23-year-old “homeowner.” She built her own house, and it has everything she needs, in only 130 square feet and it’s built on a trailer frame. Total cost was $16,000 to build, and she constructed it with her father in the driveway of her family’s home. It was a yearlong DIY project. But no mortgage or rent means she has the economic freedom to pursue music and art. She won’t get forced into a career path she doesn’t want. 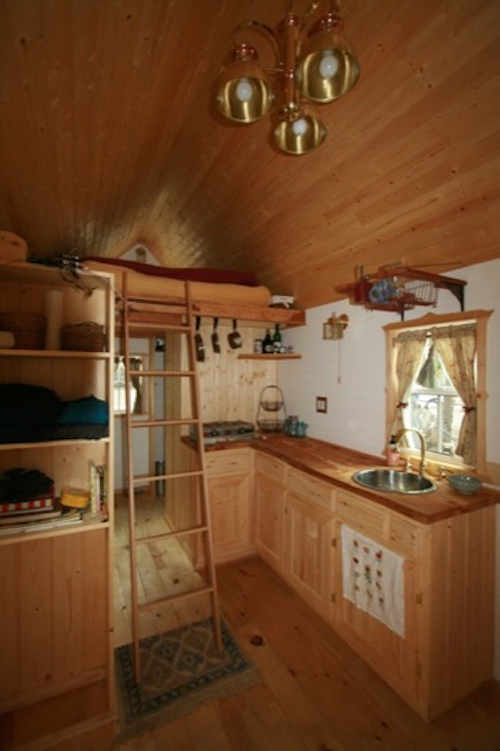 Eight Key Things a Huge Mortgage will prevent you From Doing

In the movie Fight Club, author Chuck Palahniuk makes a rather profound statement when the lead character Tyler Durden says, “The things you used to own, now they own you.”

We make many tradeoffs throughout our life and most of them somehow pass through our internal filter for what constitutes the good life. In doing so we find ourselves caught up in an endless quest for more, which invariably costs us time and money at every turn.

One of the biggest boat anchors for our lives tends to be our home and the gigantic home mortgage that comes with it. We sacrifice much for the sake of paying our mortgage. Here are some of the things we give up: 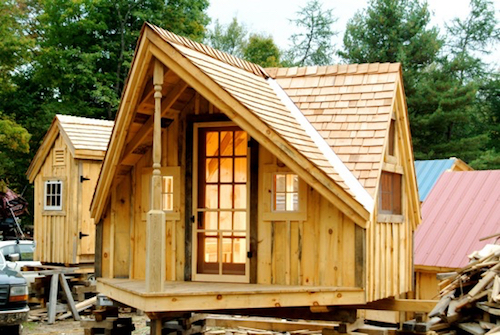 Currently there are no tiny home communities

Currently no city has stood up and labeled themselves as “tiny home friendly.”

This means there are no tiny home neighborhoods, no tiny home parks (like trailer parks), and no rules, laws, or ordinances governing their construction, installation, and transport.

If you own a tiny home and drive it into a new city, you may have difficulty finding a place to put it. Yes, you can always pull into a local KOA campground and hang out there with all the RVs and campers, but tiny homeowners are looking for better ways to integrate into a community. 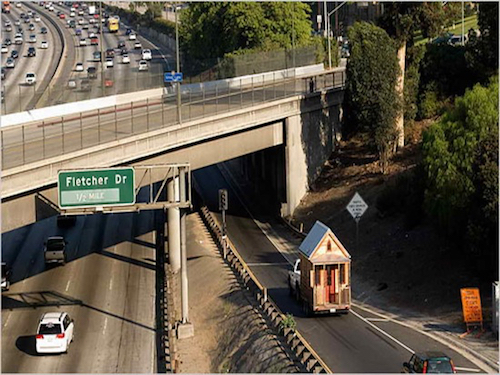 Leaving town and take your home with you

Think of this as an obvious backlash to the banking, mortgage, and credit card industry. It’s also a backlash to glutinous consumption, poor job opportunities, and young people feeling betrayed by older generations.

Living in a trailer house has a bad connotation. But living in an even smaller tiny home, that has many of the same features as a trailer house, is suddenly all the rage, sheik and cool tied up into one super cute little package.

But the big thing this trend offers is freedom, and that’s not easy to quantify. It’s not just an efficient lifestyle, but a culture, a door-opener, a character-builder, and untethered nobility all rolled into one.

Cities will have to adapt. People without permanent ties to a community are difficult to regulate and factor into city planning, but people with tiny homes will happen anyway.

I’ve only mentioned a few of the possible opportunities ahead, but there will be many more. So I’d love to hear your thoughts on the tiny home movement and how it will affect your thoughts on home ownership in the future.