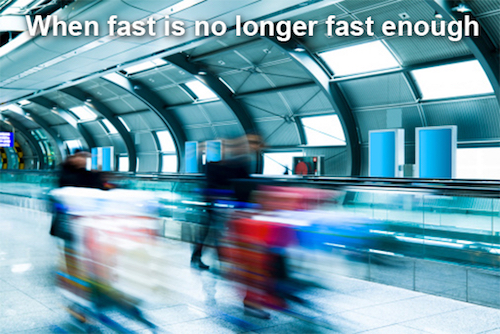 In 2008, I was asked to speak at the Leaders in Dubai Conference along with several world famous speakers like former NYC Mayor Rudy Giulliani, Tom Peters, and former World Bank President James Wolfensohn. Attending the conference were 1,200 world leaders and influencers from 40 different counties.

At the time, Dubai was a shining new star on the global stage, attracting the world’s best architects, building remarkable structures, tackling ingenious new projects, and raising the bar for creativity around the world.

However, everything happening in Dubai was because of foreign workers and foreign talent. At the time, foreigners made up about 85% of the population and 99% of the private work force.

Laborers working on high-rise buildings were easy to spot, all dressed in blue coveralls and wearing hardhats, riding commuter buses between the work sites and the labor camps they called home. Dubai had attracted over 1.2 million construction laborers from countries like India, Sri Lanka, Bangladesh, and Pakistan, all because of the attractive pay, approx. $225 per month which was roughly twice what they would have made back home.

Two years later, nearly all of these workers had returned home as the economic situation deteriorated and all new construction ground to a halt. In the future, mobile workforces like this will become even easier to attract. But at the same time, virtually every new situations will have the potential of causing a mass influx or mass exodus as populations instantly react to the changing winds of opportunities.

Here are some of the clues we’re seeing about how global speed and mobility have improved around the world:

Since then, the time it’s taken to circumnavigate the world has shrunk dramatically. Here are a few of the records set along the way:

Compressing the time it takes to travel around the earth from 3 years to 1 hour is indeed a huge accomplishment. But sadly, the all-time human speed record was set in 1969 and hasn’t improved since.

Distance Traveled Over a Lifetime

If we assume the average person in 1850 walked 4 miles a day, same as the average travel speed of the day, over a 50-year lifespan, they would have covered 73,000 miles over the course of their life.

Using the same assumption, that people travel an hour a day at the average transportation speed of that era, we can begin to get a picture of how mobility is changing how we live:

* – Average speed based on Richard Florida’s calculations for the U.S. in his book titled “The Great Reset.”

** – Projection based on current trends.

Even though these numbers are rough estimates based on travel for people in the U.S., every country in the world has seen their mobility progressing along a similar growth curve.

To be sure, people who travel 7.4 million miles in their lifetime will have radically different ways of thinking about their life, their work, and future opportunities than people who lived 50 years earlier.

As we increase our mobility, we increase the fluidity of our workforce, our lifestyles, and our cultures. Opportunities will serve as attractors and negative influences will drive people away.

While our current thinking about mobility is centered around driving in cars, flying in planes, and the future vehicles that will be used to transport us, our ideas for improving mobility will begin to permeate virtually every system, procedure, regulation, and public policy we come into contact with.

The flow of humanity will tie directly to a region’s economy, its livelihood, and its sense of well-being. This is where true freedom is born. Yet wherever flow is optimized for its constituency, it creates large scale variability that can be detrimental to a region, its government, and radical shifts in supply and demand.

Here are some possible scenarios:

How many times over the past decade have you become frustrated with your community, city, state, or country? How many times have you wished you could move somewhere else?

In February 2009, just 3 months after my visit to Dubai, news reports showed a record number of cars being abandoned at Dubai International Airport. The dust-covered Mercedes and BMW’s at the Dubai Airport were a telltale sign of the economic shifts that had just occurred there.

Public news services put the number of cars left at the airport at slightly over 3,000. But informal reports from Dubai bloggers described it as tens of thousands of vehicles abandoned around the city.

People who lost their jobs and were over-extended on their credit began a mass exodus, largely because of Sharia law, the Islamic code that deals severely with people who can’t pay their bills. Bouncing a check is punishable with jail time and debtor prisons are indeed alive and well in that part of the world.

Those who abandoned their cars suddenly had an arrest warrant waiting for them should they ever try to reenter the country.

In 2008, 3.62 million foreign nationals lived among Dubai’s 864,000 residents. In 2009, reports showed the country was cancelling visas at a rate of 1,500 per day, and the city that was once on the verge of becoming the Las Vegas of the Middle East, was now quickly turning into a ghost town.

Unlike most communities, Dubai has a PR engine working overtime to compensate for all the negative reports. Today, three years later, they have managed to turn things around, and the outlook is much brighter.

Ratcheting forward 20 years, if this same type of incident were to happen in 2030, Dubai would very likely lose over 3 million foreign nationals in less than a month, and the economic fallout that followed would be catastrophic.

Mobility is a double-edged sword. The same systems and tools that make it easy for people and business to move, make it hard for cities and countries to govern. When countries attempt to limit mobility, they will also limit commerce. Over time, governments will need to think and operate differently before they can properly adapt to this new age of super mobility.