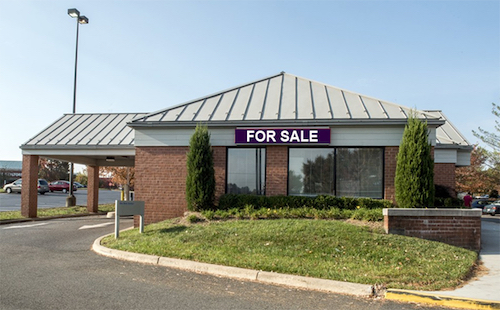 When is the last time you set foot into a bank?

While many of us have a love-hate relationship with our bank, where we love the people but hate the fees, we still tend to go there.

According to a recent survey by Fiserv of 3,000 bank users, over the past 30 days, more than 80% said they logged into their bank’s website an average of 11 times. But 61% said they had also visited their bank during the same timeframe.

Normally we would think that they made the trip to do something they couldn’t online, but that would be wrong. According to their research 53% of customers prefer online banking, but 44% still like to go there in person.

As an industry, banks have studied their customers from thousands of different angles to determine if there are any cracks in their thinking. They all intuitively know that banking industry is in the second half of the bell curve, but so far haven’t spotted the fault lines they all know are coming.

As example, FMSI is an organization that studies bank visits and concluded that the average number of teller transactions have declined more than 45% in the past 20 years. Over the past ten years, teller-transaction volume per hour at banks has dropped over 32%, from 7.1 to 4.8.

Banks also know that when they close a branch, 40% of their customers will switch to a new financial institution and the number of new small business loans drops by 13%. In low-income neighborhoods, lending activity shrinks by 40%.

According to Accenture, 40% of millennials would consider banking without a branch. Ironically, Gen-Z, those between ages 18-21, use their branch bank more regularly than any other groups, with 25% visiting at least once a week.

So what are the telltale signs that branch banks will follow the path of Kodak? Here are some of the major tipping points looming in the near future. 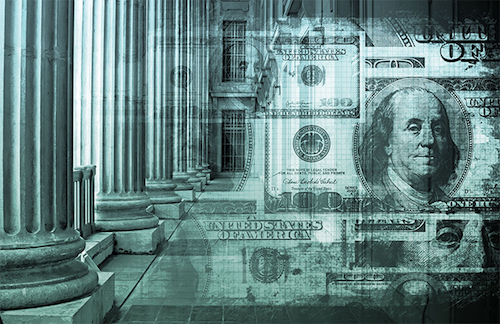 Since the financial crisis in 2007, banks have closed over 10,000 branches, an average of three a day. In the first half of 2017 alone, a net 869 brick-and-mortar entities shut their doors.

1. By 2025 the largest banks will be tech companies

Many in the tech world still blame the banking industry for the 2007 recession, even though many techies were also involved.

One-click ordering from Amazon, tracking deliveries on Etsy, auto-populating information on Google Chrome, stored account information on Uber, and other innovations have changed our understanding about what is possible and what is expected in ecommerce. With tech and retail sites setting new standards, customers increasingly expect interactions with their banks to be easy, fast, transparent, and done on their own terms.

Even in the past 6-12 month our expectations have changed dramatically, with frustration rearing its ugly head when things are not as easy as we expect.

These demands and other competitive factors are pushing banks inexorably toward a new model. By 2025, leading banks will be operating as digital financial superstores that blur the line between technology companies and banks. All these developments have left banks in a tough spot.

Bank failures have created an opening for nonbank lenders and fintech providers to leverage cutting-edge technology and their largely unregulated status to deliver the type of service and experience consumers have come to expect from the best Internet and mobile sites.

Even as large banks attempt to reassert themselves in a digital age, they face competition from new market entrants eager to apply far-reaching networks, artificial intelligence, cloud-computing platforms and other tech advantages to the world of banking.

In June 2017 the U.S. Federal Reserve Bank estimated there were over 1,100 banking deserts in America, defined as a census areas at least ten miles from a bank. That number could easily double if small community banks continue to close.

This situation may seem more dire than it actually is since banking deserts still only represent 1.7% of the population. For most of the country, banks are still within easy reach, typically just two miles away. Nine out of ten Americans live within five miles of a bank. Half live within one mile.

That said, the U.S. is one of the heaviest banked nations in the world with 32 branches for every 100,000 adults, far more than countries such as Germany and The Netherlands.

However, as banking deserts grow, so will the tools for interacting with a financial institution from a distance. Many fintech companies view this as an opening, the perfect proving ground for their latest offering. 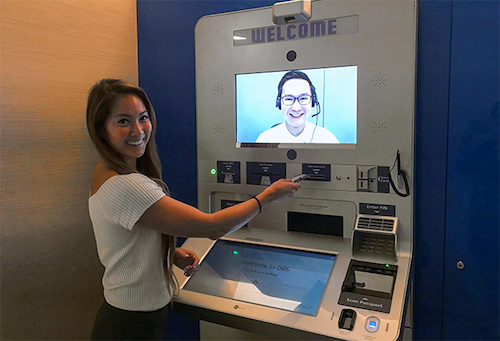 Bank tellers will be the telegraph operators of 21st century when we look back in 100 years.

The largest banks in the US have been investing millions in updating the capabilities and physical appearances of thousands of ATMs, an invention that turned 50 earlier this year.

As ATM capabilities grow, customers at bank branches will spend more time interacting with machines for their day-to-day needs, while bank personnel will move from behind the counter and focus more on complex transactions such as coordinating loans for homes or small businesses.

The next wave of ATMs with larger, digitally enabled screens akin to tablets will offer almost all of the services human tellers now provide as well as new capabilities like setting up cash withdrawals on your phone that you can be easily completed at a nearby ATM.

ATMs are already outfitted with more flexible denominations — $1, $5, and $10 bills instead of only $20 bill — and introduced cardless transactions, wherein customers can log in more securely just with their phone.

Very soon, having a remote conversation on an ATM with a live loan officer or bank executive to handle more complicated banking matters will make hanging on to most existing bank properties superfluous.

4. The law of accelerating tipping points

Overall, customers interact with their banks an average of 17 times a month. Yet only two of those interactions involve human contact. In the U.S. only two out of 15 monthly bank dealings involve going to a branch.

In 2013, an Accenture survey found that 48% of Americans would switch banks if their current bank branch closed. In last year’s survey, that share shrank to just 19%.

Visiting a bank has increasingly become a long tail activity. Virtually every branch manager can describe a customer interaction that is impossible to cope with over a phone or online. But these edge cases are proving to be less of a compelling argument as online capabilities improve and attitudes change.

5. Cryptocurrencies are paving the way for circumventionist thinking

If you’ve ever had a conversation with your bank about handling fractional cent micropayments, coming from a rapidly scaling online business where the transaction volume can approach hundreds of million per hour, you’ll quickly understand how ill-equipped today’s banking industry is in dealing with next generation business models.

Even though today’s cryptocurrency industry is deeply flawed, it has a way of pointing a glaring spotlight on the structural limitations buried in our existing bank infrastructure.

On one hand, stealing bitcoins is the perfect crime. No one has ever been convicted of stealing bitcoin and there are no bitcoin-cops or bitcoin-justice systems. A lost bitcoin is not recoverable.

However, national currencies are becoming increasingly dysfunctional. It’s no longer possible to use cash for many transactions like purchasing airline tickets, hotel rooms, or rental cars.

The idea of using a personal signature to secure a payment by check is fairly preposterous with our ability to use phones to copy and replicate nearly everything.

Massive data breeches have become a daily activity with headlines about Equifax, Chipotle, Gmail, Arby’s, Verizon, Yahoo, and Uber showing us how vulnerable we’ve become as a digital society.

With no perfect solutions to point to, we are left with a heavily regulated and rapidly decaying banking system whose days are clearly numbered and a fledgling and faceless cryptocurrency industry trying to usurp the power and authority of today’s banking elite. 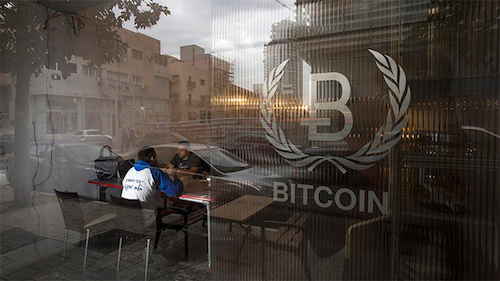 Yes, we will still have banks for many years to come, but I have yet to come up with a compelling reason why we need so many branches and tellers.

If JPMorgan Chase, Bank of America, Wells Fargo, and Citigroup were all to close their branches tomorrow, what effect would that have on the financial health of the nation?

Besides the obvious loss of jobs and vacant real estate, how will this change the way business is done?

39% of bank customers like the idea of going bank-less, but that still leaves many who don’t.

With easy-to-use smartphones to manage most transactions and clickless payment systems like Uber, Lyft, and the Bodega vending machine, our need to interact with bank personnel is fading.

Bank closures are about to shift from linear to exponential, and to some this will be disconcerting. But in this transition we will find countless opportunities for new business and industry, and by 2030 we’ll be wondering why we ever needed them in the first place.

← Giving the future a ‘hole’ new perspective 59 things you’ll be able to do on the cruise ship of the future that you can’t do today →
Tags: finance, future banks