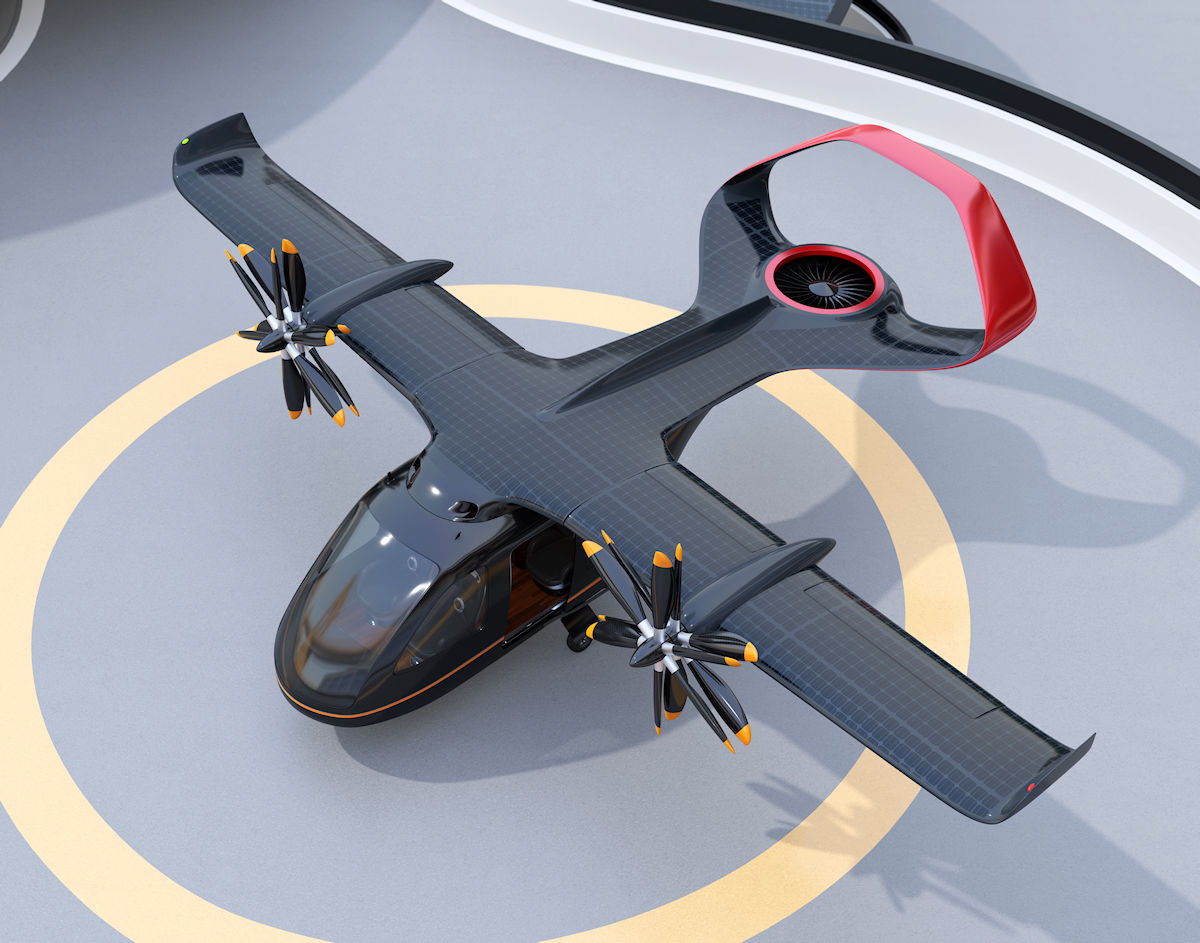 The now-familiar models of commercial drones first came on the scene15 years ago. It wasn’t too long until aeronautical entrepreneurs shifted their sights to scaling the technology to make these vehicles large and powerful enough to transport people over short distances.

Today, we’re quite a bit further along in that area than many people are aware. Prototypes are already flying and China seems to be taking the lead in the field.

And now that the drone passenger technology seems well in hand, futurists and city transportation planners are studying the logistics and implications of localized drone commuter and taxi systems, along with the land-based infrastructure that will support it.

Back to the City

Back in the late 1960s, as passenger jet aircraft were quickly replacing propeller-based commercial fleets across the country, municipalities moved airports outside the city limits so that they could provide adequate room for runways and terminals.

Ten years from now, it’ll be just the opposite, passenger drone systems will spur the development of central city mini airports. Lots of them.

The first stage of passenger drone commercial transportation will be to provide service between fixed points along specific corridors – such as from a central city hub to a nearby suburb, or between the central city locations of two nearby cities. This will essentially serve as an alternative to automobile or mass transit travel between those two points.

At either end of those flights will be “airports for flying cars” envisioned by Urban-Air Port to support a “highway in the sky” system – in this case, commercial air taxi or “flying car service” between cities in the UK.

If you look closely at the artist’s renderings of their drone airport, it’s reminiscent of a small general aviation terminal. However, in real life, it may look more like the lift lines on a January weekend in Vail!

This back-and-forth commuter transportation model with its terminal facilities provides proof of concept for the subsequent generation of passenger drone commercial service – drone taxis, and all the surface structures that we’ll need to support them.

But before we go into that, let’s take a moment to think through the terminology. Will they be called “mini airports,” “air taxi ports,” or “droneports?” We can do better than “flying car airports,” when we’re referring to these high-volume mass transit systems. In all likelihood, someone like Elon Musk will come up with a name like “giga-ports” and it’ll catch on. But for this column let’s stick with “droneports” to get more familiar with the concept! 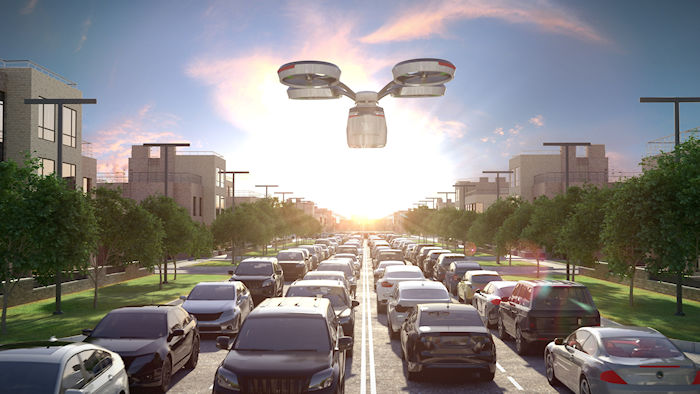 Compared to drone commuting, there will be no regular routes between endpoints for drone taxis, just travel between a fixed set of departure/destination sites, or what I call “drone depots.” Think of drone depots in terms of today’s auto-based taxi stands. The difference is that drone taxis will only pick up and drop off at one of those depot locations – there will be no stopping at a point in between.

And unlike the commuter drone ports envisioned in the Coventry image, drone depots for taxi service will be less extensive. Since urban land is limited and expensive, they’ll resemble today’s helipads with minimal accompanying building infrastructure – just enough to keep the passengers out of the elements while they wait.

As an aside, large companies will maintain or contract with a fleet of passenger drones, analogous to today’s private company car services. Their drone depots will be in private locations, somewhere on their campuses or on top of their buildings.

In contrast, public drone depots will take over portions of parking lots, for example. They’ll be strategically scattered throughout the city adjacent to light rail stations, office parks, medical centers, and art districts. As demand increases, each location will have more and more pads.

What will our future drone taxi experience be like? Will passengers simply queue up in the “lift line,” enter the next available vehicle, select a destination from the fixed list, pay, sit down, and buckle up? As with today’s surface taxis, drone taxi passengers will indicate if they’re willing to share a drone or not. Pricing will likely vary based on that decision.

With passengers in place, a central navigation operating system will plan the route and
sequence the drone into the airspace, and it will safely and efficiently fly to the requested destination(s). Upon arrival, passengers will exit, and others will board. With no driver fatigue or bio-breaks to account for, a drone could conceivably operate 24/7 except in the worst of weather or for periodic scheduled maintenance. During their limited time on the ground, the drones will take advantage of automated, rapid energy charging.

Drone taxi services will grow over time, but the number will still be small. I don’t see how drone taxi services can operate in the same way as automobile taxis do, with pick up and drop off at any conceivable address.

Walmart or Amazon may find a way to do this for home-based package deliveries, but it will be more difficult to fit all those larger drone taxis into our urban skies traveling to tens of thousands of locations in a city. In the distant future’s three-dimensional, Jetson’s-type cities, though, it might be feasible.

What Does This Mean for Flying Cars?

Can we now check “flying cars” off the “finally-here list” of future inventions? Yes, even though drone commuters and drone taxis don’t exactly match everyone’s past vision of an aero car in every driveway.

Drone taxis are quickly morphing into the prototype for personal flying cars, which will certainly need to be self-flying. In reality, we’re still several years away from that, as most people today still struggle with the idea of riding in a self-driving car.