With the Coming AI-Robot Jobs Armageddon, Why is this Time Different? 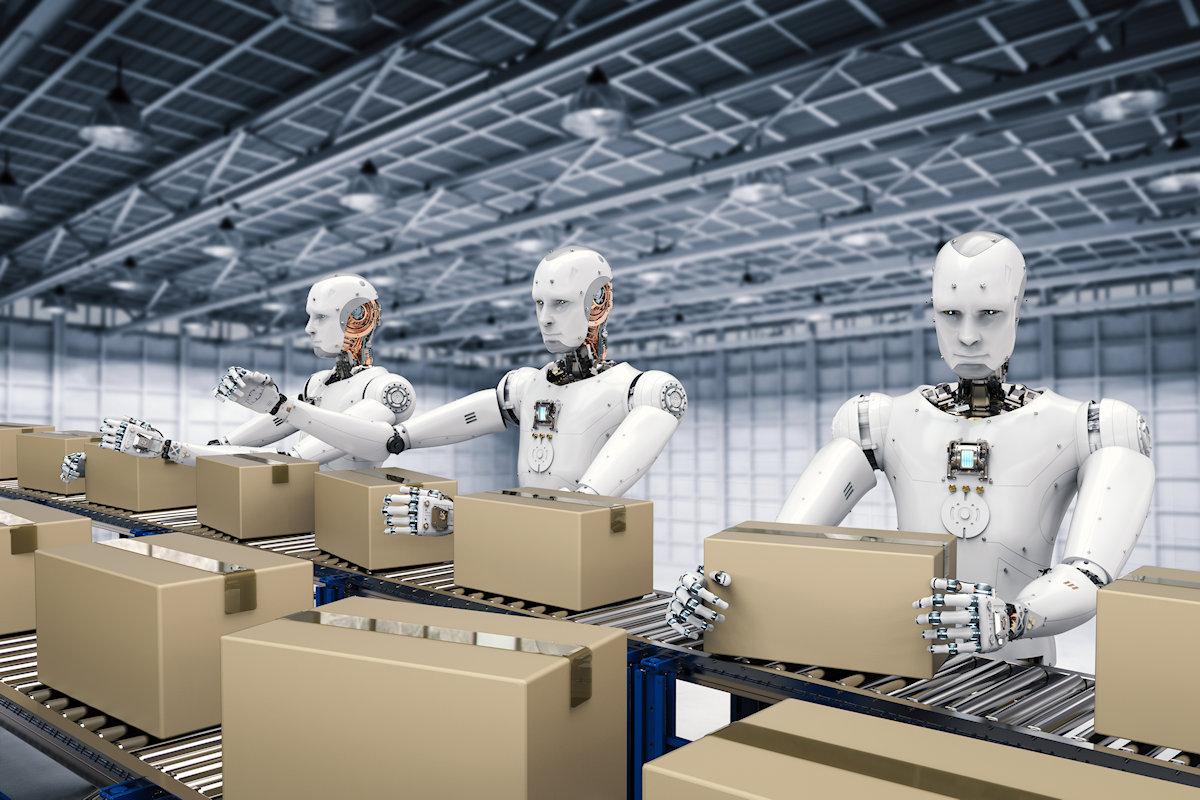 Are computers, robots, and machines automating too many jobs out of existence. Is it accurate to describe the short-term jobs market an “AI-robot jobs Armageddon,” as some have?

The future is rarely as comfortable as the status quo. For certain demographic groups, technological innovation and the evolution of ideas can be disruptive, messy, and worse. This is reflected to some extent in the labor market, where currently the average 50-year-old person has held 12 different jobs.

The only thing certain is change, and to a large extent, change is driven by technology advances.

A Historical Perspective on the Future

In 1964, an open letter was drafted and sent to President Johnson, warning him of the coming Triple Revolution. The letter was composed and signed by 35 members of the “Ad Hoc Committee on the Triple Revolution,” which included luminaries like Nobel Chemist, Linus Pauling; civil rights activist, Tom Hayden; and Swedish Nobel Economist, Gunnar Myrdal.

The letter focused on three revolutions that seemingly were taking place at the time:

While the letter addressed all three issues, it focused primarily on the Cybernation Revolution. The authors predicted that machines and automation would cause massive new unemployment as jobs shifted significantly. They stated:

“A new era of production has begun. Its principles of organization are as different from those of the industrial era as those of the industrial era were different from the agricultural. The cybernation revolution has been brought about by the combination of the computer and the automated self-regulating machine. This results in a system of almost unlimited productive capacity which requires progressively less human labor. Cybernation is already reorganizing the economic and social system to meet its own needs.”

Of particular interest to me was the work of one of the signers, Robert Theobald, a futurist who had written extensively on the economics of abundance and his advocacy of a Basic Income Guarantee.

These are the same topics being discussed by those today who fear massive technological unemployment in the years ahead.

This warning from more than 50 years ago still seems to haunt us. Computers obviously have dramatically changed the jobs landscape, as well as the skills required to perform those jobs. And the degree to which this is happening is speeding up, along with the concern about technology-driven unemployment.

Additional factors are at play as well. The pandemic accelerated change trends in many areas of our lives – from healthcare to work environments to shopping … to the jobs market.

Post-COVID hiring has been slower than many expected. There are many possible reasons for this, but I would suggest that during the past 12 months, our economy has undergone decades-worth of automation innovation.

During that same time, we’ve also experienced a decade’s worth of people reconsidering their job futures – for example, getting serious about long-term careers and, in many cases, shifting away from retail and other front-line jobs. Those are the jobs most amenable to automation, according to economists.

And even manufacturing, the epitome of automation, seems to have taken another major leap recently in that direction. The sector has recovered strongly from the pandemic while only bringing back 60% of the workers that were lost.

What the Numbers Show

In the past, researchers typically suggested that major steps in automation within an industry rarely led to mass lay-offs. Instead, they would suggest automation was spurring job retraining, retirements, and shifts to service-related industries.

And when you get past the anecdotal information and dig into the numbers, a similar situation is evident today. A recent MIT study found a fairly significant relationship between the deployment of robots and the jobs that they displaced.

According to their analysis, in any given metropolitan location, each robot that was added to the workplace replaced 6.6 jobs within that region. The impact is ameliorated a bit in that the resulting efficiencies and reduced cost of goods benefitted employment in other industries and locations. Thus, the net national effect of the deployment of one robot was the loss of 3.3 jobs.

It’s not surprising that the researchers found that this impact was borne disproportionately by blue collar workers – low-skilled and especially middle-skill workers, suggesting that technology breakthroughs were contributing to income inequality.

It all adds up to a lot of jobs

On a global level, the jobs impact of technology automation is pretty staggering.

Oxford Economics predicts that, thanks to improved robotic technology, better AI, and lower costs for both, robotic automation will cause the loss of 20 million jobs globally by 2030 – including 12.5 million in China, two million in the EU, and 1.5 million in the U.S. In contrast to the MIT study, though, they’re basing this on an estimate that the displacement effect to date has only been around 1.6 workers per robot.

They point out that at this macro level, the impact will be disproportionately more severe not just on blue collar workers but less advanced countries overall.

But here’s where they were wrong

The job market is constantly changing. In fact many of the jobs people perform today did not even exist 10 years ago, and most of the jobs that did exist, require a new vocabulary, additional skills, and new forms of understanding.

So if we ask the question – “Is this time truly different?” – the answer is always “yes.”

Every wave of innovation brings with it new demands, new standards, new policies, and a need for new skills.

But perhaps the more salient question we should be asking – “At what point do we start to exceed our human ability to adapt?”

Countless times in the past, people have predicted jobs disappearing, but virtually none have registered more than a ripple effect on the job creation engine, a job creation engine that is being driven by a series of complex self-organizing systems.

Self-organizing systems tend to develop around a series of human management processes where complex systems with many moving parts orient around human need as a core driver to both self-correct and reorganize to build a more stable, pulsing state of operation.

Today’s teachers, coaches and vocational guides should be steering young people towards jobs and careers both in and with these technologies, and that’s where new learning technologies come into play.

In 1984, educational psychologist Benjamin Bloom found that he could take an average student scoring in the 70th percentile range in school and move them into a setting with one-on-one tutoring coupled with a mastery learning process and they would suddenly score in the 98th percentile range.

Bloom’s process led to a huge improvement in student performance. And his results were replicated numerous times by several different researchers.

Going from a 70th percentile to 98th percentile student was a two sigma improvement. This meant that his students performed two standard deviations better than students who learned through conventional instructional methods.

In his papers, Bloom asked the very pragmatic question, “How do we achieve these results in a more practical, more scalable way than one-on-one tutoring?”

Until now, there has really been no practical way of offering one-on-one tutoring for the masses. However, AI and an assortment of other emerging technologies is about to change all that. 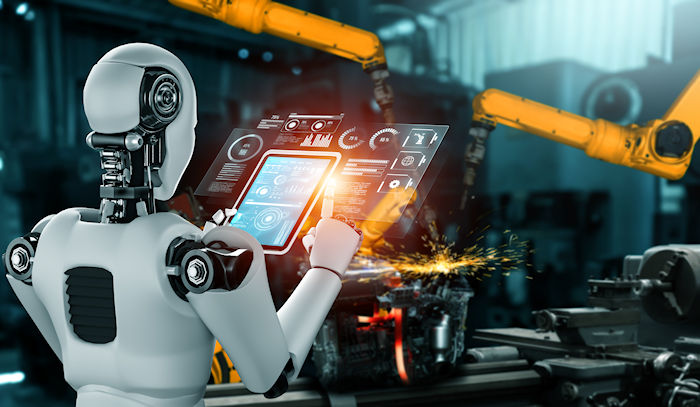 The human race has an unwritten mandate to pass our rapidly growing base of knowledge and information on from one generation to the next.

Think of all the blog posts, podcasts, video recordings, papers being written, social media posts, and surveillance camera records being added to the information universe. It’s truly a staggering amount of information being added every minute of every day.

That said, the tools we have today for passing knowledge from one generation to the next are simply not up to the task. In their present form, libraries are not good enough, schools are not fast enough, and technology still has a poor interface for the human mind. But changes are happening very quickly!

With the base of human knowledge doubling every 12 hours, no it’s not possible to increase our mental sphere to a point where we’re actually absorbing all this information. But we can improve our interface with it, to the point where it is as seamless and as invisible as possible.

Our minds will be able to surf the compendiums of the Internet to find the answers.

We will no longer need to have all of our most important data committed to memory. Instead, our minds will have a seamless interface with the knowledge universe, we’ll train our minds to know where to look, and the answers to all our questions will only be a few seconds away.

At the same time, they will be using tools, systems, and techniques that will enable them to be exponentially more capable, productive, and accomplished.

We are on the verge of making the transition from the here-and-now to what-comes-next, and that’s where it gets interesting.

Robots are coming. They’re coming with or without our blessing, and in shapes and forms we can’t even imagine.

But they also come with limits, limits that we will soon discover along the way.