When it comes to jobs, why is this time different? 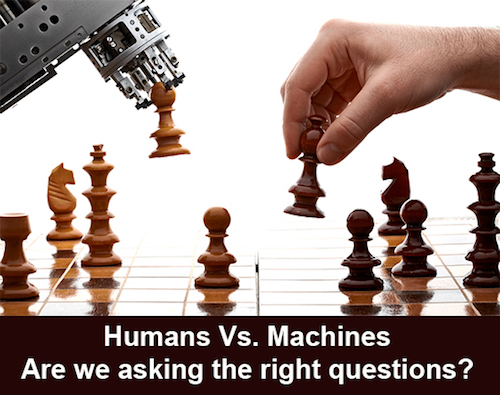 In 1964, and open letter was drafted and sent to President Johnson, warning him of the coming Triple Revolution.

The letter was composed and signed by 35 members of the “Ad Hoc Committee on the Triple Revolution,” which include luminaries like Nobel Chemist, Linus Pauling; civil rights activist, Tom Hayden; and Swedish Nobel Economist, Gunnar Myrdal.

The letter focused on three revolutions taking place at the time:

While the letter talked about all three issues, it focused primarily on the Cybernation Revolution where they predicted that machines would cause massive new unemployment:

“A new era of production has begun. Its principles of organization are as different from those of the industrial era as those of the industrial era were different from the agricultural. The cybernation revolution has been brought about by the combination of the computer and the automated self-regulating machine. This results in a system of almost unlimited productive capacity which requires progressively less human labor. Cybernation is already reorganizing the economic and social system to meet its own needs.”

Of particular interest to me was the work of one of the signers, Robert Theobald, a futurist who had written extensively on the economics of abundance and his advocacy of a Basic Income Guarantee. These are the same topics being discussed by those today who fear massive technological unemployment in the years ahead.

Even though this 1964 warning of a Triple Revolution registered little more than a tiny blip on the radar screen of history, computers have dramatically changed the jobs landscape as well as the skills required to perform those jobs.

Today we are seeing many voice similar concerns about technological unemployment, where computers, robots, and machines are automating our jobs out of existence. In fact, some have gone so far as to call this the “robot jobs Armageddon.”

So is this time truly different? Here are six overarching shifts in the world that are causing many to say, “Yes, this time may really be different!”

As we survey the trends landscape, there are literally hundreds of significant trends affecting us in one way or another. But if we sort through the ones that pose a fundamental shift to employment, seven of them tend to rise above the rest. 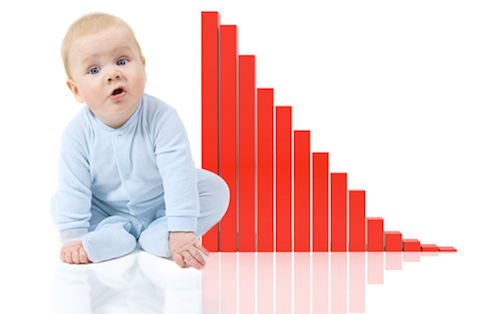 Britain’s Telegraph recently published an article with the headline, “South Koreans will be ‘extinct’ by 2750 if nothing is done to halt the nation’s falling fertility rate.” With a fertility rate of 1.19 children per woman, Korea now ranks as the lowest in the world.

India, China, Japan, and Brazil all have massively declining fertility rate, part of a global trend towards negative population growth. Yet the media and many educated Americans have missed this major development entirely, instead sticking to erroneous perceptions that global population will continue to drive everything from environmental degradation and immigration to food and resource scarcity.

Here are a few of the latest fertility rates, according to the World Bank, in major countries around the world. Keep in mind the replacement rate is 2.1 for a population to stay at its current level.

With the exception of India, the major population centers of the world all are destined for negative population growth.

Yes, the world population is still growing, fueled primarily by people living longer and high fertility rates in Africa. But even Africa is predicted to slip into negative growth rates over time.

The most significant challenge is the long lead-time needed to move in the other direction. Since raising a child takes about 20 years to go from infant to productive adult, any major improvements here wouldn’t show up until somewhere between 2035-2040.

Even though many are rooting for zero population growth for environmental reasons, the struggles ahead related to managing systems with a growing imbalance between young people and old people, will not be easy.

In some ways exponential industries are a great way to compensate for our declining workforce.

Exponentialism is the science behind digital technologies far-reaching influence on innovation. The exponential cost-performance of the three basic building blocks of our digital world – computing power, storage, and bandwidth – have started to affect vertically every other business, sending jolts of performance opportunities through these industries.

This type of change is most disruptive when two or more technologies “interact and combine” in ways that “coalesce into open platforms and ecosystems.” Think in terms of the intersection between AI (artificial intelligence) and quantum computing, or changes to synthetic biology when it’s amplified by 3D printing.

Exponential innovations are rapidly crossing boundaries we could never imagine in the past, and as a result, our language and terminology has begun to blur. At the same time, it’s already touching staid old industries like financial services.

Mixing AI and natural language processing (NLP) with shopping, work, and social characteristics, we have the potential to develop far a more dynamic credit rating systems, facilitating far more efficient ways to match lenders and borrowers. This will mean new industries will explode from zero-to-operational in a matter of hours rather than months or years.

Exponential industries are confusing, thought provoking, and mysterious all at the same time because they have the potential to spawn massive change in a short period of time, often with little forewarning.

3. Our Growing Levels of Awareness

The Internet is building our awareness in ways we can’t yet assign metrics to. The number of photos we see in an average month, the amount of information we consume, the amount of time we spend interacting with digital personas, avatars, and entertainment are all part of our growing awareness of the people, places, and things that will all be part of our future.

Every 60 seconds there are over:

Awareness will become a key part of our employability in the future.

4. Our Growing Levels of Fragility

As our dependence on systems and technology grows, so do the number of potential breaking points.

We all know that a simple power outage can shut down our work, traffic systems, restaurants, doctor, and dental offices. Having a very reliable electric grid makes it difficult to justify backup systems in most places.

We also know how disruptive it can be to lose cell coverage, not have Wi-Fi, or lose our water, cable, or Internet altogether. Every new capability tends to increase our expectations, but when it’s gone we are forced to compensate.

The average person in the U.S. today is highly dependent on a multitude of systems, services, and technologies. As an example, we depend on:

Every new dependency adds one more possible failure point to the mix. Depending on the situation, our growing levels of fragility can either increase or decrease our job prospects for the future.

In our increasingly connected world, it’s easy to see how much power and influence the individual has today. This kind of power can be used to disrupt industries, make a difference, or even change the world.

While there have been countless examples in the past, motivated people today are making changes everywhere:

What we are seeing is the balance of that power shifting from large corporations into the hands of individuals. But when it comes to people losing their job, we will need to be ever vigilant to insure those who find themselves on the outside, don’t resort to using the dark side of this power. 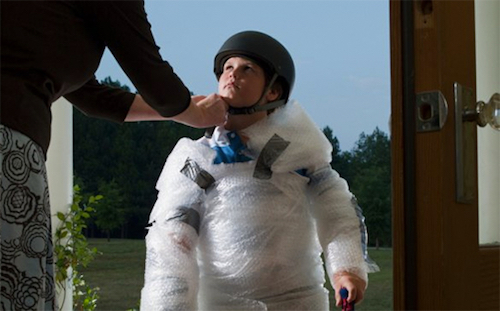 It seems that every generation has a cynical view of their kids and grandkids. They don’t try hard enough, make the right decisions, plan well enough, and simply don’t have any common sense.

At the same time, we have seriously overprotected our kids. There are no longer real chemistry sets and schools aren’t allowed to let students use a scissors. Every sport requires helmets, chin guards, mouth guards, kneepads, and a nurse or doctor on call in case something goes wrong. And playgrounds have to be designed so no one can possibly get hurt, meaning no swings, no teeter-totter, no merry-go-round, and padded surfaces everywhere.

Since we’ve chosen to make all kids feel special, no one actually feels that way anymore. We can’t have winners without losers. In the real world, people will never care about your kid unless your kid gives them a reason to care.

Dealing with an overly-coddled Nerf generation will have long term implications on tomorrow’s job market, both in terms of maturity, employability and overall resilience when it comes to dealing with adversity.

Is our system for creating new jobs a “self-organizing complex system?”

In many cases yes, but not always.

Are people spotting and responding to the opportunities in ways where the future will somehow take care of itself? Or do we need to send something similar to the “Triple Revolution” letter to the President of the U.S. warning him/her of the trials ahead?

Not everyone agrees there will be problems.

“Journalists and expert commentators tend to overstate the extent of machine substitution for human labor and ignore the strong complementarities. The challenges to substituting machines for workers in tasks requiring adaptability, common sense, and creativity remain immense.”

My guess is this ‘job displacement’ has been very welcome, as will the ‘job displacement’ that will occur over the next 10 years. The work week has fallen from 70 hours a week to about 37 hours now, and I expect that it will continue to fall. This is a good thing.

Everyone wants more jobs and less work. Robots of various forms will result in less work, but the conventional workweek will decrease, so there will be the same number of jobs (adjusted for demographics, of course). This is what has been going on for the last 300 years so I see no reason that it will stop in the decade.”

There is solid evidence that many low-skilled employees are working less, but the reverse is not true for high-skilled employees. In other words, the low-paid routine jobs just aren’t paying enough, and that’s an incentive for employers to replace people with machines.”

It’s easy to see how things are different this time around, but are they different enough to warrant concern?

From my perspective, the job market is indeed a self-organizing complex system, and for the most part it will take care of itself. However, the main problems we face will stem from those feeling personally betrayed, waging a private war against either companies or systems they deem responsible. The power of the individual should not be underestimated.

Sadly, these one-off incidents are rarely predictable, and from a systems-thinking perspective, are the least preventable.

That said, I’d love to hear your thoughts on why this time may or may not be different.