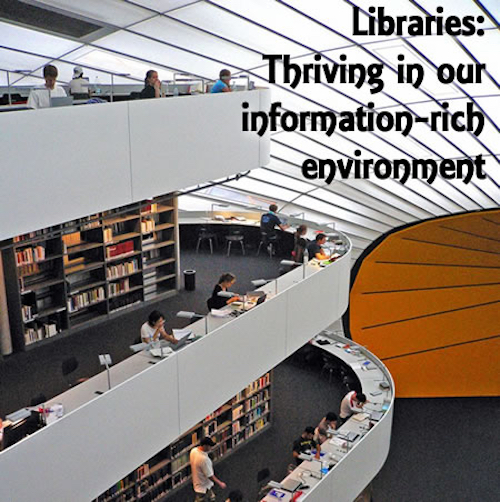 Ever since the people of ancient Nineveh began storing and classifying their books nearly 3,000 years ago, libraries have been hallowed and largely unchanging bastions of learning. But in the information age, libraries have been caste with a new identity, and the future is evolving into a very different place.
Ten years ago, as the Internet began to take off, many in the tech elite were predicting the death of the public library. What the critics failed to predict, however, was libraries’ stirring ability to reinvent themselves. Much like plants that flourish with good soil, water and sunshine, libraries have actually begun to thrive in our information-rich environment.
Such is their resurgence that today, libraries are going through an age of rebirth. Intent on making them the crown jewels of the community, cities from Vancouver to Prague are investing heavily in public libraries, producing opulent, multi-story structures equipped with cutting-edge technology. From rather hidebound monuments to knowledge laboratories, libraries are now evolving into interactive research and leisure centers. Yet this change, impressive as it is, is only the beginning.
2029 SCENARIO
To see how, let’s step through the doorway of a city library in 2029. In the past, libraries housed seemingly endless miles of shelving stacked with finely printed books, but now only a few remain. In much the same way that living creatures adapt to their surrounding environments, libraries have grown into a bidirectional feeding tube connecting the life-giving digital data streams and the user populations that nourish them. People are no longer satisfied with information flowing one way. They want to participate in it, add their own contributions, and take ownership of it.
Traditional lending has been replaced with downloadable books, which are never out of stock, formatted for electronic tablets and readers. A bigger change, though, has come with the very concept of what a book is. Where once a customer would passively read and, hopefully, absorb a book, every volume now is more akin to an online forum, with authors, experts and other readers available to discuss and answer questions on almost every important book ever written.
In contrast to just a couple of decades before, almost the entire canon of book knowledge has been formatted for computers, making in-depth searches possible for even the most obscure tomes. But with many people now using this service in their homes, libraries have stayed ahead of the curve by installing high-tech spherical displays and holographic imaging that allow users to shift viewing angles and probe individual parts of complex data. Space imaging technologies have also made it possible to search the planets and stars, allowing the swarms of school kids who come here to embark on their own voyages into deep space.
With technology having improved so dramatically, a central feature of this library is the Search Command Center, where a team of experts, both real and virtual, assists with complex searches that now incorporate not just words, but sounds, textures and even smells. While many visitors come here to recapture a fond fragrance or a familiar noise, these searches have more practical applications too. Restaurateurs, for example, are frequent visitors here, using the search tools to rediscover certain smells and tastes without having to rake through endless ingredients and recipes.
And chefs are far from the only people doing business in the library. With the Internet having put increasingly powerful business tools into the hands of individuals, more people are working and operating businesses from home. To such people, the library offers not just a refuge from the isolation of their house, it also provides temporary office space complete with podcast recording studios, conference rooms and editing stations. At the same time, the library has developed into an entrepreneurial zone where business people from various backgrounds coalesce, work together and then disperse in much the same way that film production crews have always done.
Business colonies have become commonplace, forming around common business themes such as gamer colonies, video colonies, photonics colonies, and biotech colonies. In each situation the libraries evolve to meet the needs of the user populations, providing vital services for the colony as well as for the community at large.
Yet perhaps nowhere are libraries’ new found attitudes more manifest than in their surroundings. Long operating in a rather high-minded domain, where many of them viewed market demand as little short of vulgar, libraries today are often situated right in the heart of larger complexes with businesses that complement their services. Crèches offer somewhere to drop off the kids, stationary stores and restaurants tick over with student business, and patrons from fitness centers borrow magazines and audio books from the library to enliven their conditioning routines or stop in to do research on exercise and nutrition.
In our fast-changing world, progress is too often seen as a zero-sum game, where innovation inevitably comes at the expense of the old. Yet libraries are showing that innovation always brings opportunity, too. While retaining its traditional functions, the library of the future will be home to myriad informational experiences, where great ideas happen, and people have the tools and facilities to act on them.
ADDITIONAL LIBRARY ARTCLES: 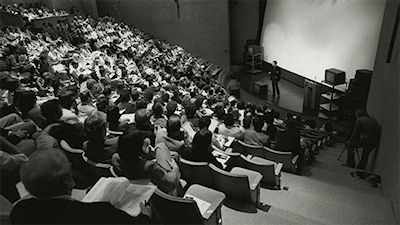 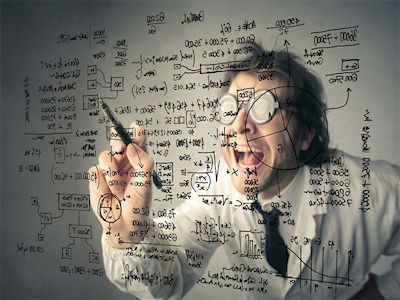