8 Trends to Watch in 2010 – Alternatives to Incarceration 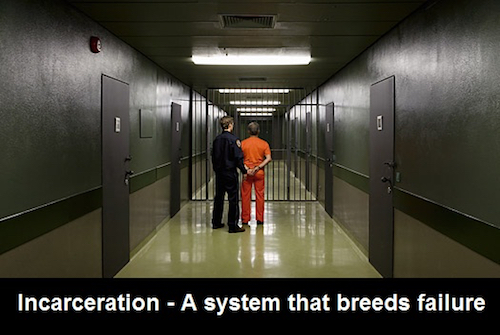 In a country that claims to be the land of the free, the number of people under the control of the U.S. corrections system has exploded over the last 25 years to more than 7.3 million, or 1 in every 31 U.S. adults, according to a report released by the Pew Center on the States. The actual number of people behind bars rose to 2.3 million, nearly five times more than the world’s average.

Incarceration is a system that breeds failure.

On the prisoner level, an incoming prisoner is instantly immersed in an “us-vs-them” mindset as their surrounding community is transformed into the worst of all possible social circles.

On the operational level, success in the prison industry is not measured by how many lives have been improved, but rather on occupancy levels, the number of prison incidents and escape attempts, and how well the budget is managed.

On the justice system level, more prisoners translate into larger budgets. The system was created to protect people from criminals.  Its based on the notion that if someone is removed from society they can no longer harm anyone. While certain crimes warrant imprisonment, it becomes an inappropriate form of punishment for most.

Police and court systems improve their standing in the justice community through the size of their organization which directly relates to the sheer volume of cases they handle. On a certain level, albeit indirectly, there are incentives to “create more criminals” because more criminals mean more money. A more appropriate measure of the effectiveness of an organization would be in the corrective or transformative nature of their actions, the overall efficiency with which a problem is solved and people (both the offenders and the offended) go back to leading productive lives.

Fact is that people coming out of the system are worse than when they went in, and virtually all of them will eventually make it back into society. There are no ways of measuring the toll it takes on society on an individual level, the relationships it severs, the dreams it shatters, the cost of opportunities lost.

Individuals who enter the prison system lose their jobs and their ability to earn an income. The spillover effect is severe. In most instances it has major repercussions on their spouse, their children, parents, siblings, and friends. For the victims it offers little resolution. Each imprisonment creates a blast zone of destruction that is difficult to recover from.

Making matters worse, 35% of the people entering prisons in the U.S. are there for violating parole.

Some minority groups are being particularly hard hit. Jeremy Travis, President of John Jay College of Criminal Justice puts it this way. “On a national level, an African-American man today has a 30 percent lifetime chance of serving at least one year in prison. I would like to be optimistic about the likelihood of reversing this reality and returning to the status quo of 1972, but I think the chances of even getting close to that are slim. I think we have to recognize that we now live—regrettably in my view—in an era of mass incarceration.”

Martin Horn, NY City Corrections Commissioner, voices a similar concern. “We are creating a culture of imprisonment; we are turbo-charging whatever is going wrong in those young people’s lives.”

In addition to the great human toll of incarceration, $68 billion of our taxpayer dollars has been committed to pay for this travesty.

In the past two decades, state general fund spending on corrections increased by more than 300%, outpacing other essential government services like education, transportation, and public assistance.

But things may finally be looking up. We are simply too broke to keep locking people up.

Incarceration rates in 30 states declined last year. Could this be an indication that the $22,000 per year spent on housing prisoners is starting to outweigh the benefits? 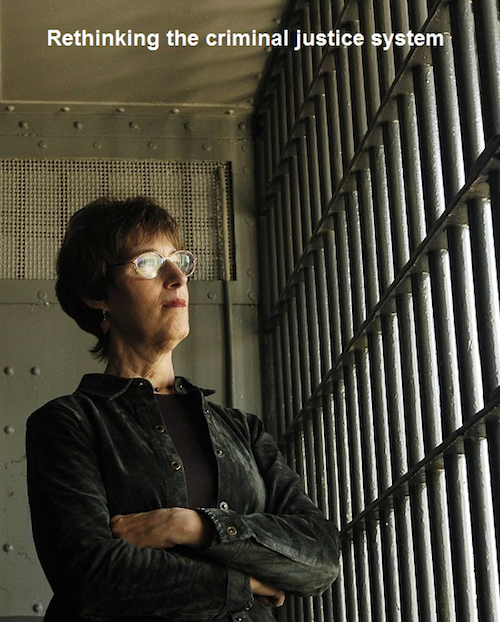 The U.S. has constructed a massively bureaucratic justice system that feeds off the missteps of its citizens, a system that it can no longer afford. As a result, new systems are coming to light.

Restorative Justice is one such approach where offenders are brought into the same room with the people they harmed and encouraged to take responsibility for their actions. Sometimes they agree to repair or pay for the damage, return stolen money, or perform community service.

In Longmont, Colorado, Chief of Police Mike Butler has been a pioneer in Restorative Justice techniques, applying it in more than 1,200 cases with an amazing 90% success rate.

“We work with people before the lawyers get involved and before they enter the courts,” says Butler. “By doing this, we have been able to eliminate most of the costs and give the offenders a reasonable shot at turning their life around.”

These offenders are given a chance to meet with their victims and community members in a respectful process where they can learn the full impact of their crime and agree to repair their harm. On average 90% complete their agreements and are welcomed back to the community. Its a far different model than the old school idea of just “lock ’em up!”

You might think it is dangerous to allow lawbreakers back into the community, yet the opposite appears to be true. The average re-arrest rate for offenders who participate in Longmont’s restorative justice program is 10%.

Compare that to the nearly 70% re-arrest rate for the national penal system. According to participant feedback data, every group engaged in the Longmont program – including victims, offenders, parents and community members – reported over 95% satisfaction with their restorative justice experience.

In restorative justice, because victims are heard and offenders repair the harm of their crime, they become higher functioning citizens able to work and make a contribution to their community, including paying their share of taxes.

So why hasn’t Restorative Justice caught on in a big way yet? My guess is that the current prison system has a lot of inertia and any changes will require the buy-in from everyone currently working inside the system. Barring any legislative changes, its just easier to maintain the status quo.

There will be major opportunities for those who can help unravel the present bureaucracy and help rethink the new system that will soon be created.

Since many of the people in the currently criminal justice system will be looking for new career paths, significant opportunities will be found in helping people through the transitions.

Prisoners who are released early through this process, and there will be many of them, represent a sizable labor force that can, and should, be put to good use.

Many existing prisons will be closed. These facilities will need to be converted into other uses.