Should We Move Towards “Rewilding” Our Cities?

When it comes to outdoor space, we tend to think in terms of urban vs. rural and natural settings vs. city boundaries.

“Natural,” though, is the default, dominant state of our planet. If we leave a suburban household yard alone for a year or two, we don’t get blacktop; we’ll find natural vegetation and maybe some mice and snakes. If we leave a square mile of urban land alone for a decade or two, a factory building doesn’t magically appear. We’ll see the re-emergence of small prairies and groves of trees, along with rabbits and deer.

This was the case in many large neighborhoods in Detroit following the city’s dramatic economic downturn and resident outmigration several decades ago.

The rewilding movement is an attempt to shift all areas of our planet closer to their natural, pre-human state. In remote settings, the goal of rewilding is to create interconnected “big wilderness” areas that are kickstarted with the re-introduction of “keystone species,” the plants and animals that help ensure a thriving eco-system complete with large predator animals.

In contrast, urban rewilding takes a more modest tack. It’s the effort to invite nature back into our cities. Instead of large vibrant ecosystems with wolves and bears at the top of the food pyramid, urban rewilding focuses on increasing biodiversity and creating oases of natural space. In place of manicured lawns, urban rewilding encourages the proliferation of natural plants that can, for example, support the pollination needs of butterflies and bees. Patio backyards would be replaced by vegetable gardens.

Often it entails demolishing something manmade first – an unneeded structure, a row of condemned homes, or the concrete lining a river channel. Over time, nature might destroy these anyways, but urban rewilding pushes the process along so nature can flourish.

That’s the defining criteria of appropriate urban rewilding—the light human touch. Yes, there might be planting, watering, and light weeding in the case of a community or rooftop vegetable garden, but whatever is planted should be native to the area.

And since it’s not possible to create a “big wilderness” in the middle of a city or a suburban neighborhood, the reintroduction of carnivores isn’t a goal – urban rewilders happily settle for more birds, beneficial insects, squirrels, an occasional raccoon, and other native species. 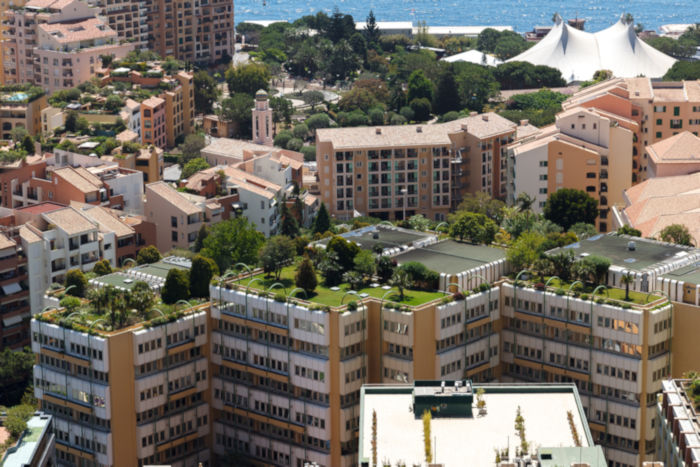 The Benefits of Urban Rewilding

Urban rewilding inserts nature everywhere possible – every street corner, rooftop, backyard, and vacant lot – to provide a better balance between humans and nature. As if being surrounded by nature isn’t enough of a benefit in and of itself, there are many other positives related to urban rewilding for urban residents now and into the future.

Studies show that urban rewilding is good for the body and the mind. Being exposed to, if not surrounded by, nature is mood-enhancing, reduces stress, and increases immunity to certain diseases. Urban gardens also can be a source of natural, fresher produce.

Community gardens, walking trails, and natural parks can bring people out of their cocoons and face to face with random neighbors. This kind of interaction with people outside of our normal sphere is healthy, and much needed these days.

There’s a fascinating account of how inner-city children in Detroit reacted to the natural rewilding that took place following disinvestment and abandonment of properties in the core of the city. At first, there was resistance and resentment. The kids understandably viewed the rewilding encroaching on their neighborhoods as a manifestation of neglect and a sign of urban decay … until they had a chance to explore the areas with the help of naturalist guides. Many developed a lifelong connection to nature at an earlier age than they might otherwise have.

Mother Nature views roads, parking lots, plazas, and rooftops as hostile environments. She does her best to break these down since hard, impervious surfaces radiate heat and add to polluted water runoff that forms urban rivers on the streets and urban lakes in basements. On the other hand, natural surfaces promote rainwater absorption. Urban vegetation also is an environmental plus – drawing down carbon, providing habitats for threatened insects, and attracting pollinator insects.

Is There a Downside to Urban Rewilding?

Not everyone agrees, though. There is some public resistance to urban rewilding – mostly centered on the aesthetics of these natural zones. That’s not surprising. Urbanites are conditioned to prefer well-kept, weed-free green space and gleaming outdoor plazas. Many of us view insects as pests and natural growth as weeds. We’re also uncomfortable with the thought of a raccoon in our backyard or a wolf trotting down the street at night on the prowl.

Other critics of urban rewilding point out that urban space is finite. With growing populations, they ask if can we afford to set aside urban land that would otherwise be needed for housing, retail, and other commerce. Further, they point out that rewilding prevents that space from generating any economic activity or property tax revenue.

The issue of losing out on the commercial value of the rewilding space is understandable, but it can be argued that those losses might be partially offset by higher values for land near the rewilded space. Additionally, rewilding can reduce public expenditures related to things like flood management and disaster recovery.

Implications of Urban Rewilding for our Future

Our future is clouded with environmental and health concerns. We need to solve them. There’s room to apply new technology and complex solutions in these areas.

But our quest for progress and answers should never rule out reverting to what was successful in the past. We can take some huge steps forward in solving these challenges by making our earth look just a little bit more like it used to.

That means in the future, we’ll remove vacant construction blight faster than we’ve done in the past. Highrise building rooftops will be designed to promote urban gardening. Plazas will have more trees and flower boxes. City parks will look a bit more wild, with “grass growing a bit mad in places,” as one scholar put it. More and more homeowners will let their yards go natural and it won’t always be due to lazy neglect. We’ll see more community gardens. As long as mankind is living on planet Earth, rewilding will be an important part of meeting our biodiversity and climate goals.

It’s interesting that reverting just a bit to the old way of life and a historic view of land usage would be a futurist topic. But sometimes, Mother Nature is the best engineer, and she knows best. And that’s as true in the future as it has been in the past.