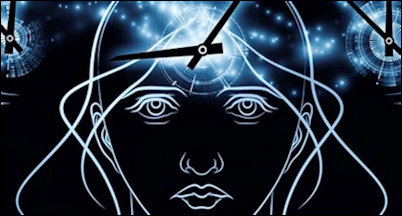 The time gods are insisting on your attention.

Every wall clock, alarm clock, and wristwatch has a way of demanding you pay attention. No, they don’t shout orders, or poke you if you ignore them, but their relentless monitoring of the hours, minutes, and seconds of our day have a way of telling us “the world is changing and you’re falling behind.”

When ancient Egyptians first devised their sundial timekeeping systems, they had no idea how destructive it would later become. Sundials evolved into clocks, and Jost Burgi’s invention of the minute hand in 1577 gave clocks a practical edge and they started gaining traction.

However, it wouldn’t be until the 1920s when Henry Ford established the 5-day, 40-hour work week, and made sure that all his employees had their own alarm clocks, when clocks really caught on.

From a management standpoint, Ford realized his assembly lines wouldn’t work unless all of the workers were on time and well focused. So he invented the 9-5 workday and expected his workers to be on time.

Measuring time just seemed like a practical way of doing things. Regardless of how contradictory it would become to the normal ebbs and flows of the human body, it gave us our first practical way of managing our days.

Yet, with our normal circadian rhythms constantly having to conform with global time, few of us knew there was an “inner superman” waiting to be unleashed.

This may have seemed like a crazy question at first, but what if you started your day at sunrise rather than when the alarm clock goes off?

The idea of Circadian Time started with me asking the question, “What if our clocks were oriented around sunrise instead of 12:00 noon?”

Long before alarm clocks were invented, everyone used the light from the rising sun to begin their day. But today’s ubiquitous use of clocks has changed all that.

Our timekeeping systems have become so entrenched in our thinking we simply can’t fathom another system for managing our lives. Let me explain how this could work and why our current system is the source of so many problems.

Each one of us has a circadian rhythm that is a natural, internal process that regulates our sleep-wake cycles and repeats every 24 hours.

As humans, we need to be in sync with the planet we live on. So it’s rather ironic that our timekeeping system, the one designed to help us manage our lives, keeps us in a constant state of readjustment rather than harmonious equilibrium.

Virtually everything on earth is affected by our natural circadian rhythms. They involve the patterns, movements, and cycles stemming from the light and dark cycles of the earth’s rotation.

Circadian Time, as I envision it, is based on the notion that our system for timekeeping no longer has to be the rigidly pulsing overlord of humanity that constantly demands compliance. Rather, with a little tweaking, our time systems can be reoriented around people, molded to the natural flow of humanity, creating fluid congruent structures rather than our current, abrasively rigid ones.

What if your days closely matched your own circadian rhythms?

For the vast majority of us, our days will flow far better if our days begin at daybreak, when the sun first crests the horizon.

However, we find ourselves with daybreak happening at a slightly different time every day. The reason this happens is because our time systems are oriented around 12:00 noon when the sun is at its highest point.

For ancient timekeepers this made the most sense because the only other options, daybreak and sunset, were constantly changing. Either would have been an impossibly difficult orientation for those designing early mechanical clocks or even ancient sundials.

In addition, our geographical location is also a major factor.

In Colorado, where I live, sunrise fluctuates by nearly 3 hours between the longest days of summer and the shortest days of winter. And going further north, the fluctuation is even greater.

If we were to reorient our days so sunrise happened consistently at 6:00 am every day, then sunset would fluctuate twice as much as normal, close to 6 hours between seasons.

With this level of complexity, creating a universal timekeeping system oriented around our own geo-sensitive circadian rhythms becomes an impossible task. But that’s where technology comes in.

Working with self-correcting atomic clocks and having our time systems recalibrated around sunrise on a daily basis in every place on the planet is entirely possible. Yes, this means our sunsets will fluctuate twice as much, but we will be able to maximize our daylight hours. 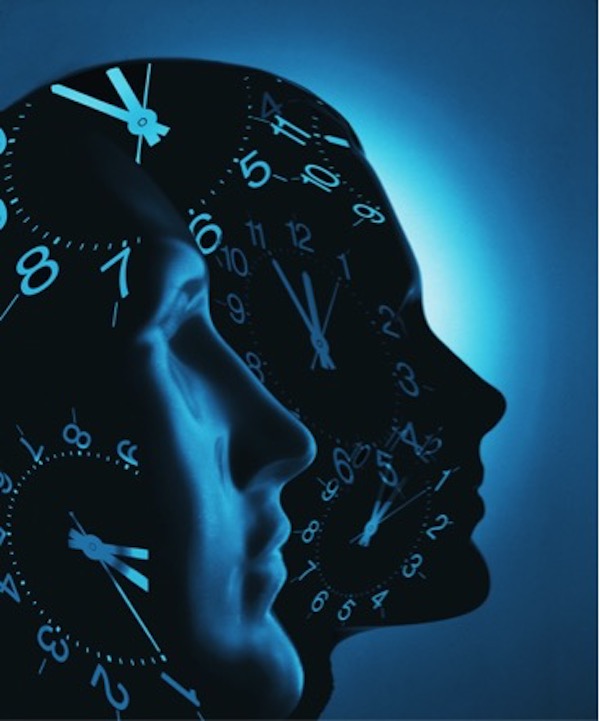 Will there be a Circadian Time App in your future?

A few years ago I realized that I had achieved the “no alarm clock” lifestyle. My sleep cycles were totally up to me since I was working for myself. Since most of my work happens in my home office, every workday begins and ends when I want it to.

Over time I’ve met many others who also have complete control of their workday. But very few people know what an optimum sleep-wake cycle looks like. They feel obligated to orient their days around the global timekeeping system.

Our circadian time app will begin every day at “zero time,” at sunrise, and start counting from there.

However, since we still need to reference a universal timekeeping system for the world, any type of circadian time app will need to be fashioned as an overlay on our current time.

Now let’s suppose you’re able to download an app that does exactly that. With a series of supporting sensors and devices, this app will use artificial intelligence to analyze millions of data points on our body and brain to determine exactly what our circadian time clock should look like.

Rather than managing your time with the tick, tick, ticking of an impersonal one-size-fits-all clock, you will start your day with a pulsing, living, breathing, fully aware circadian timepiece that will overlay the numbers on a dial with activity and inactivity zones, and work and rest cycles, that constantly adjust and readjust according to everything happening in your day.

Once you are able to truly master the hyper-individualized circadian time cycles of your life, this built-in AI system will help you craft your own superman formula for living your life.

This means you will be able to out-think, out-strategize, out-imagine, and out-perform virtually everyone you come into contact with.

Circadian time, as I imagine it, will be a powerful tool that will enable you to tap into the energies of the world and direct these energies towards any project you’re working on.

We tend to think about the underlying systems we use for keeping time in much the same way that fish think about water. We simply don’t.

Have you ever considered the lunacy of using 12-hour clocks to manage a 24-hour day? And why 24? Wouldn’t it make sense to have metric time with 10-hour days?

The numbers on the clock are a constant reminder of our daily schedule, where we should be, and what happens next. We eat, sleep, and breathe according to a framework of time established by ancient humans without ever stopping to ask “Why?” We have built our entire social structure for planet earth around a few guys saying, “Hey, let’s do it this way.”

We now have the ability to shift from a system-centric approach to something with a far better human interface. The convergence of atomic clock technology, GPS, AI, and an increasingly pervasive Internet will give us the tools we need to reinvent our core systems for thinking about time.

This is far more than a Mensa exercise. As we explore these options we can begin to uncover some of the true imperatives for our human-to-time relationship.

Keep in mind; the entire Roman Empire failed to produce any famous mathematicians because they used Roman Numerals. Every number itself was essentially an equation, and that prevented them from doing any higher math.

Naturally this begs the question, what other systems do we employ today that are the equivalent of Roman Numerals that prevent us from doing great things?

Personally, I think our timekeeping systems fall into that category.

As a species, we can never know where our true potential lies until we confront the systems that keep us tied to the past. And that is where the true adventures begin.