Visiting the Future with Thomas Frey of the DaVinci Institute 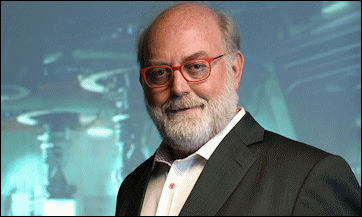 Meet Thomas Frey: futurist, speaker, and founder of the DaVinci Institute in Westminster, Colorado—and SU community member. He has spoken around the world to such audiences as NASA executives and other high-level government officials and such Fortune 500 companies as IBM, AT&T, Lucent Technologies, First Data, Boeing, Capital One, Bell Canada, Visa, Ford Motor Company, and Qwest. Formerly an engineer at IBM for 15 years, Frey now works to develop original research at the DaVinci Institute in areas not normally addressed by futurists.

Some of Frey’s predictions include:

Thomas, we’re big fans of visiting the future frequently to inform our thinking and planning for today. It seems you visit the future often, and come back with predictions that are sometimes controversial.

Well, the point is not just to be controversial, but definitely to be provocative in terms of expanding our thinking and understanding about the future. Sometimes, the best way to shake us out of our typical thinking patterns is to throw out a very controversial starting point, or premise, or approach existing arguments in a different way. For example, everyone agrees that understanding the future is important.

Because no one has a totally clear vision of what lies ahead, we are all left with degrees of accuracy. Anyone, any organization, that achieves a higher degree of accuracy, even by only a few percentage points, can achieve a significant competitive advantage. I have said that humanity will change more in the next 20 years than in all of human history. At that rate of change, developing a clear vision of the future becomes not just important, but critical to an organization’s survival. 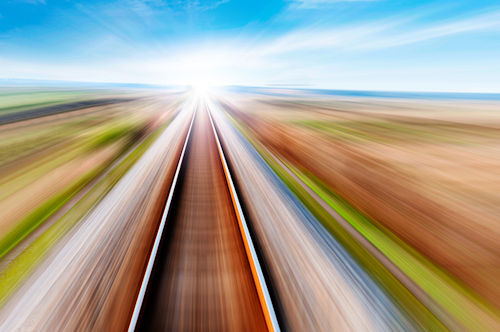 So is it true that we must be proactive and disrupt ourselves or be disrupted by someone who’s moving faster? Are there only two choices?

You can do the quantum leap thing where you leapfrog forward with a brand new solution that’s better than any current solution—and I would encourage people to stretch their minds and think in those terms. There’s a huge effort in the world today to solve all of our problems, and really these are all the historic problems that have built up to this point. And we haven’t really spent much time looking at the innovations in the future that will actually change the problem sets.

All of these things change as our technologies change, as our reach changes. Our capabilities change. This technology that we’re creating, it’s giving us additional capabilities. It’s giving us the ability to do things faster, better, cheaper than ever before. And that’s what’s fascinating to me: as we step further, as we step into the next realm of technology, we acquire a different vantage point and things just look different from there. Almost anyone who has ever started a business will tell you that once they get into the business, they start spotting relevant opportunities that they never realized were there.
You’ve also talked about existing technologies that will keep morphing and developing, as opposed to being replaced. What’s an example?

I was thinking about the idea of what technology will replace the photograph, but the photograph itself seems pretty durable. We’re adding more capabilities to that one photograph and how we store it, how we display it, and how we interact with it. The photograph might start out as just a still image from the past, and then we add a timestamp, geolocation, and machine learning is getting a lot better at recognizing people and objects. We can actually go back and sort through the time frame, the people, and possibly where the photo was taken because of objects in the background.

Then we start adding human relationships, like “This is my great uncle, and he was related to this person and that person.” Suddenly, we have a genealogy map that we didn’t know existed. It’s fascinating what might happen as people start digging away into all the attributes every photograph has. 2D photos can become 3D photos. Still images can become animated. With AI we’ll soon be able to “fill in the blanks” between photos. Photography has been around since 1839, and I think that we’re going to be reinventing the photograph 50 years from now, still. It has that much potential.

You also effectively step back into the past to imagine the future of transportation.

It’s a good example of the cascading effect. The transportation industry affects so many other industries. The cars that we drive today have been in development for over 120 years, primarily around the assumption of a human driver. Through most of the incremental advances in auto technology, we’ve haven’t planned for autonomous vehicles. Now designers are more focused on electric vehicles, and not focused on the human’s relationship with the steering wheel, the dashboard, gas pedals, and so on.

So then there’s this growing idea that we’ll no longer have to own vehicles. We have 273 million registered vehicles in the United States—a lot of hardware that’s just sitting idle 96% of the day, on average. We have built garages for our houses in which to store our cars, we have parking garages in town, parking spaces all over. And you start asking the question, “Well, what if we didn’t need all that? What if one car could actually take the place of 30 cars?”

The implications are huge when you start looking at the cascading effect that this shift could have. It’s beyond the future of transportation to the future of work, finance, real estate, travel, and all these aspects of our lives. If I don’t have to own my own car, the people making the car loans are out of a job. The car insurance people, suddenly they’re selling fewer and fewer policies and a lot of them are out of jobs.

And we can start using that real estate for other purposes. Over 10% of retail space in cities is car-related. That’s not only car dealerships, but car washes, the auto parts stores, the brake shops, tire shops. All of these things start to dwindle over time, and how does that change our lifestyle?

Could I actually have a mobile platform where I go to work and my office is mobile and it drives around town all day and picks up people that I’m meeting with? That’s a different type of lifestyle for some business executives. If I want to go to Chicago, Miami, or Dallas, rather than go through all the security hassle at the airport I can just jump in a vehicle and take off, and I’m watching movies and playing video games for the next 12, 15, or 18 hours. Imagine if you don’t have to deal with feeling like you’re packed in like cattle on an airplane. Soon, you may be able to forget about airport security or crowds, and watch the sights roll by as you cruise cross-country in an autonomous vehicle.

Technology will have a massive impact on the travel and transportation industries. What will happen to airlines and airports? What about those massive parking garages that surround our airports? About 41% of income for the average airport in the United States comes from parking and transportation fees. All the limo drivers, the shuttle bus drivers, tow-truck drivers, all of those jobs start to go away. So the cascading effect of all of this is just staggering. And all of the income from traffic violations, traffic courts, the highway patrol—all of that starts to go away, too.

There are connections wherever you look. In 2012, I was giving a TEDx talk in Istanbul, and I made the prediction that by 2030 over two billion jobs will disappear. Now I am quoted about this in newspapers, magazines, and TV stations all over the world. That was never intended to be a doom-and-gloom statement. I never intended it to mean we’re going to have two billion people unemployed in the world. Rather, it was intended to be a wakeup call that we must create new jobs at a faster rate than ever before.

So, you must ask the question, “Is it the same job?” That’s very important because 20 years from now, we’re still going to have teachers, accountants, lawyers, and nurses, but the tools, techniques, and strategies they use are going to be radically different. Teachers are in the education profession, and they may be in the same profession in 20 years—but their roles will look very different than they do today. I think the idea of a profession evolving with new tools and technology is more realistic than a scenario in which a new job comes along and it eliminates that old job. It’s not that simple. It’s much messier than that; it’s much blurrier. So yes, we should just assume that our jobs will get redefined again, and again, and again.

So what’s the takeaway for those who are concerned about remaining relevant in this messy, blurry future?

Virtually everybody I run into today has this nagging anxiety, wondering “Am I still going to have a job five years from now? If not, what new skills do I need to learn to remain relevant?” We all have to replace that anxiety with action. Learn from what’s known, and extend that out into the unknown future. Whatever your profession, what can you learn from its historical context? How will the future be different as exponential technologies emerge and converge? We can’t just read about these technologies. We need to touch them, experiment, and figure out how to apply them to the problems we’ll face in the future.

I like to say we shape our future, and our future shapes us. The more time you spend visiting the future and thinking about potential scenarios, the more comfortable you will feel in preparing for it. Think on a global scale, and pay attention to the accelerating rate of change driven by technologies. One common mistake people make is underestimating just how quickly our lives, business, and every industry are changing.

Finally, I would say that there’s never been a better time to find your tribe. Join future-focused communities. Attend events, mastermind groups, hackathons, and professional associations. None of us can know the future, but all of us can empower ourselves to know what’s coming and to create our own fulfilling futures.

This post was originally published on the Singularity University Blog on June 27th, 2019.