How the coronavirus will trigger a massive new underground economy 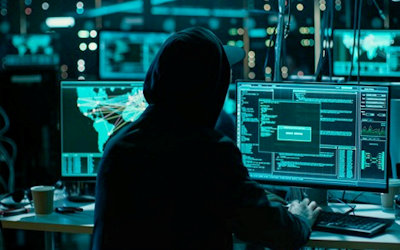 The primary trigger for underground economies will be the inequitable distribution of bailout money!

How long can you survive when your money runs out?

This is an important question today because many are seeing their remaining reserves dwindle and disappear altogether.

In general, it’s impossible to have this many top-down decisions without creating a massive number of unintended consequences.

One logical consequence will be an underground economy so people can still survive when their bank accounts hits zero.

When desperation sets in, all bets are off. Normal rules of decorum and civility get tossed out the window as survival instincts take over and food, water, shelter, and safety become a top priority.

We’ve become very dependent upon a monetary system that, for many of us, is no longer functional. The government’s intended safety net is riddled with holes.

Many of our traditional revenue streams have been abruptly changed, postponed, reduced, or halted completely. At the same time, governments around the world are scrambling to fill the gaps. But this is an imperfect world, filled with imperfect governments, resulting in gaping holes in what they intended to have happen.

When people get desperate, they’ll do whatever it takes to survive. This includes necessities like putting food on the table, finding places to live, clean water to drink, beds to sleep in, and solutions for a multitude of other problems that crop up. With an unprecedented number of changes happening all at once, the sheer volume of problems will often seem overwhelming.

For these reasons, our traditional set of rules and order used to guide our actions instantly gets grayed out in our minds as we’re reduced to primal instincts for survival.

A few days ago, several friends informed me that the unemployment they recently applied for, would stay in effect until March-April of next year. This naturally raised several issues as virtually everyone will want to preserve this income stream for the full duration.

While an unemployment check will pay some of the bills, it generally won’t cover a lifestyle many have become accustomed to. So unless a particularly good job comes along, most will be looking for ways to supplement it.

Part time gigs like delivery jobs and ride sharing will help, but most will be able to leverage their skills in different ways as contractors, freelancers, and off-books labor.

Still some will choose to push the envelope, and for those truly motivated, far more money can be made in the shadow economies of the hacker world.

Underground Economies do not happen by Accident

Underground economies have traditionally shown up as a result of imperfections in an economic system or inadequacies in economic policy. While many complex factors come into play, typical causes are excessive tax burdens, government over-regulation, and poor performance by government agencies such as tax, judiciary, police, and other authorities.

In the coronavirus era, the trigger for underground economies will be the inequitable distribution of bailout money. 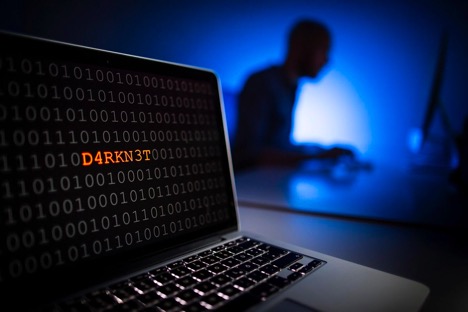 Any entrepreneur that either gets funding or misses out will be challenging the status quo. Those with funding will attempt to leverage it far beyond anything they did in the past, and those who do not will be forced to go underground.

In general, people who feel disenfranchised or let down by “the system” become far more likely to lash out. When someone has too much time on their hands, and feels like they’ve been screwed, devious minds often percolate to the surface.

At the same time, our toolset for exploiting an underground economy has been growing exponentially. I’ll warn you in advance, there is plenty of technical jargon associated with shadow or hacker economies, yet each of these tools are only a YouTube video away from being skilled in using them

We’re all aware of deals today that rarely get reported as income. In the overall scheme of things, this kind of activity has only amounted to a rounding error of significance. However, it won’t take much to move small-scale activities into much larger operations.

For the trading of goods and services, several barter apps already exist, many with significant networks already in place.

For those selling on Amazon, eBay, Etsy, and thousands more, it will only take minor changes to shift from a traditional above-board business to one with significant off-book income.

Our rapidly advancing crypto world, with thousands of currencies each with their own advantages and disadvantages. Every breed of crypto offers its own degree of anonymity. As expected, crypto exchanges are experiencing a massive surge in new users as bailout packages flood the traditional exchanges with new money.

Level two takes us deep into the hacker underworld, where risks appear relatively low and new tools are being developed on a daily basis.

Cyber attacks often start by hacking a database full of credentials. This gives them access to a network, and the ability to sell credentials on various dark web forums. Through a series of privilege escalation hacks, they can start reading business emails, send ransomware demands, and stage other types of attacks.

A shell corporation is a company with no office and no employees. They typically have a bank account, passive investments, or serve as the registered owner of assets. Shell corps are a common tool to mask who the true owners actually are, and used to launder money through currency exchanges.

A keylogger is a type of monitoring software or hardware designed to record what you write. It can either be a program on your computer or a small device connected to your PC and keyboard, but its purpose is to keep track of everything you’ve been typing.

Banking injects are widely published, popular, and powerful tools for performing fraud. They often involve fake overlays that are used with banking trojans to inject code that collects sensitive information before redirecting the user to a legitimate website.

Exploit kits are automated programs used by attackers to exploit known vulnerabilities. They can be used to secretly launch attacks while victims are browsing the web, with the goal being to download and execute some type of malware.

These types of attacks generally involve email campaigns to gain access to hundreds of thousands of victims for the purpose of deploying malware or to gain further access into a network.

This is where hackers take a massive trove of usernames and passwords, often from a corporate megabreach, and try to “stuff” those credentials into the login page for other companies. Since people often reuse the same username and password across multiple sites, hackers can often use one piece of credential info to unlock multiple accounts.

Hackers will also apply “loaders and crypters” to elude detection by antivirus software, and then download and execute one or more malicious programs, such as malware.

In an underground economy, sniffers refer to a type of malware written in JavaScript designed to infiltrate and steal card-not-present (CNP) data from the checkout pages of e-commerce websites.

If the goal is to monetize the data that hackers have acquired, there are tons of online credit card shops and marketplaces. Yes, there is a huge market for the buying and selling of banking credentials, cell phone accounts, online store accounts, dating accounts, and even digital fingerprints of compromised systems, all in an attempt to facilitate further breaches.

If we combine everything above with news manipulation techniques like misrepresented experts, data distortions, twisting facts, false claims, and deceptive headlines, we have a true recipe for disaster. This will become the proving ground for next generation puppet-masters.

On top of all the other hacker tools and techniques, people will figure out how to exploit the use of fake news, fake people, and fake reality to cover their trail and cast blame on innocent parties simply to make them look bad. As always, our biggest danger comes when these tools find their way into the hands of devious people.

My guess is that literally millions of cons are already in play and we won’t hear about them until several people and companies have lost their life savings.

Even more perplexing will be those who are operating in the grey areas of the law, using just enough fake-ness and fuzziness and staying somewhat legal. 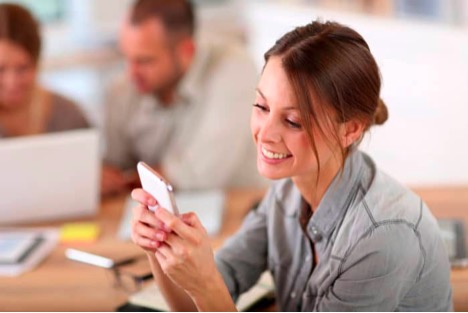 Could some form of universal basic income be a solution?

Wherever we draw the line separating the legal from the illegal, there’s money to be made on both sides of the line.

Please understand that I’m not advocating doing anything illegal. But we need to acknowledge the likelihood of these possibilities.

One thing that could prevent many from going down this path is some form of guaranteed minimum income.

Will the prospects of a full year of unemployment, that may be extended even longer, set the stage for a “guaranteed minimum income” program? If all adults were given a survivable income of $2,000-$2,500 a month, no questions asked, how would that change society?

The Spanish government is working to roll out a universal basic income (UBI) as soon as possible, as part of a battery of actions aimed at countering the impact of the coronavirus pandemic.

But the government’s broader ambition is that basic income becomes an instrument that stays forever, that becomes a structural instrument, a permanent instrument of change.

Spain is dealing with the second worst coronavirus outbreak in Europe, and the pandemic has pushed the government to order a state of emergency, which has put the country in lockdown and driven the economy to a stand-still. The government has announced a barrage of policies to assist self-employed workers and companies, mainly small and medium-sized, but has also said that more measures will be required.

As always, I’d love to hear your thoughts so feel free to weigh in if you have opinions on this topic.