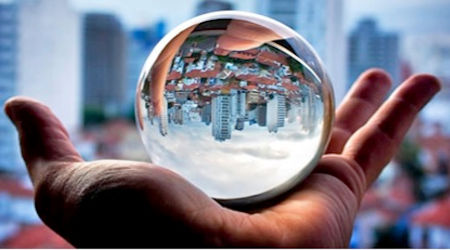 We are on the verge of an explosive transformation!

Futurist Kevin Kelly is often quoted as saying, “The future happens very slowly, and then all at once!” This happens to be one of those “all at once” moments!

As I said months ago, it is impossible to have this many top-down decisions without having a huge number of unintended consequences. And we’re seeing the first of many. But much like an earthquake with countless aftershocks, many more are sure to follow.

The year 2020 will go down in U.S. history marked by two pivotal events (so far), the Covid-19 pandemic followed by the gruesome murder of George Floyd.

One of the reasons the George Floyd murder struck such a nerve is because it tapped into people’s growing fear of “big brother,” and getting trapped in a system, with endless legal proceedings that make no sense, costing boatloads of money that no one can afford.

As with all of my columns, my role is not to debate what’s right or wrong but rather to take an objective observer position to focus on what the future holds.

What we’re witnessing isn’t just a pandemic erupting into a race war, but rather a one-two punch forcing an overhaul of countless systems.

As a first step, this will force a total revamping of the U.S. Justice System. My sense is that if it doesn’t happen this time around, the next aftershock will be exponentially worse.

Based on century old thinking, justice in the U.S. has been portrayed as a locked prison cell with thousands of police, lawyers, DAs, jailers, bail bondsmen, prison guards, and judges feeding off the penalties and hardships of the accused.

Incarceration is a one-size-fits-all form of punishment that takes a huge number of people, that don’t fit well in society, and forces them all together into tiny spaces.

This primitive way of thinking, coupled with a highly contagious pandemic, creates a series of impossible situations – impossible rules and impossible tools for managing impossible expectations. 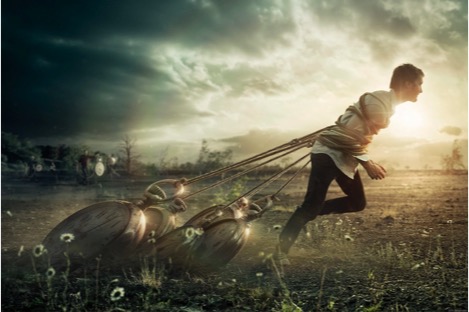 These two challenges have been both a unifying force and a divider of worlds!

Throughout history the hallmark of a great nation has been its ability to resolve conflict, and virtually every nation struggles with this fundamental role of government.

The four aspects of U.S. government that make it an “impossible situation” are:

The total number of governmental bodies in the U.S. is approaching a staggering number – 90,000. Every city, county, state, and special taxing district has its own governing body with its own elected officials. Taking on many of the characteristics of a living, breathing organism, these governmental organizations are constantly fighting for influence, control, and survival.

Each of these governmental entities has an ability to create and enforce its own laws, rules, and regulations. Working with a limited number of tools at their disposal, governments have resorted to using laws and regulations to solve virtually every conceivable problem. The sheer volume of laws emerging from these 90,000 rule-making bodies is truly staggering.

Rest assured, 18 million is only a guess. But the U.S. currently has the greatest number of laws of any country at any time in history. No one knows exactly how many laws there are simply because there is no central repository for them.

Lavrenti Beria, the infamous head of the Soviet secret police under Joseph Stalin, once said, “Show me the man and I’ll show you the crime.” In the Soviet Union, they could always find some crime to pin on anyone they chose to target. With 90,000 forms of government all creating new laws on a monthly basis, virtually no one can feel like they’re completely compliant.

There are nearly 2.3 million people in the nation’s prisons and jails, which represents a 500% increase over the last 40 years.

Beginning in 1980, a series of law enforcement and sentencing changes launched the “tough on crime” era causing a dramatic growth in U.S. incarceration rates. Since the official “War on Drugs” started in the 1980s, the number of people incarcerated for drug offenses in the U.S. skyrocketed from 40,900 in 1980 to 452,964 in 2017.

In 2008 the United States had around 25% of the world’s prison population.

Research has shown that incarceration is particularly ineffective at reducing certain kinds of crimes like youth crimes and drug offenses. Also, people tend to “age out” of crime. Studies indicate crime starts to peak in the mid- to late- teenage years and begins to decline when individuals are in their mid-20s. After that, crime drops sharply as adults reach their 30s and 40s.

The U.S. currently has too few check-and-balance systems for impeding the excessive law-writing now taking place.

For this reason, here are four possible remedies for both limiting and correcting the current systems:

Mandate that any law that has not been enforced over the past 20 years must be removed. Archaic laws become irrelevant and should again be deemed unenforceable.

Mandate that no governmental entity be allowed to profit directly or indirectly from the enforcement of its own laws. The control of wealth is just as insidious as taking ownership of it. Whenever there’s a direct profit motive linked to law enforcement, the nature of government changes, and our humanity becomes compromised. 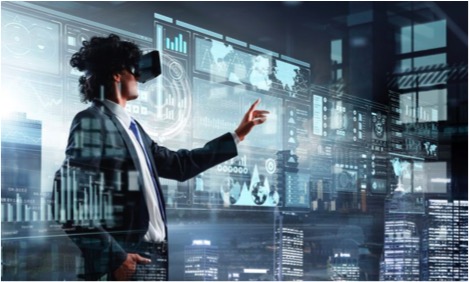 There are many scenarios we can envision, but these are the ones that have risen to the top!

Part of my role as a futurist is to read the weak signals and assess their implications. Here are ten predictions based on today’s far-reaching current events.

1. Mass exodus from the inner cities.

In only a few months, the inner city lifestyle has been drained of all its energy. High-density housing is now bad, and the advantage of walking to work has lost much of its appeal.

As money becomes increasingly digital in nature, it will tend to flow to where it is most easily managed.

Suddenly being part of a police force is no longer viewed as an honorable profession.

Both entrepreneurs and insurance companies will view the uncertainty of storefronts in specific neighborhoods as far too risky.

Violence scares people. The people in government that people most rely on for support will become more insulated than ever.

Social distancing is becoming a new way of life in the minds of architects, meeting planners, real estate developers, city planners, and more.

8. The biggest job transition in all history.

Business interruptions are extremely messy, and temporary layoffs are being replaced with permanent ones. Some will view this as a great time to switch careers, while others will think about starting their own business.

With so many conflicting reports, contrary statistics, and opposing opinions, all happening against a backdrop of fake new and purposeful hacker distortions, perception becomes the new reality.

10. The next system implosion will be the U.S. tax code

With a tax code ill-equipped to adjust to our wild economic roller coaster coupled with emerging technology making many tax provisions irrelevant, such as electric cars not paying oil tax for road maintenance, a complete rewriting of the tax code is long overdue. 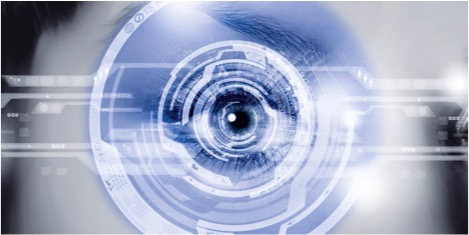 Every day we view the world through a different lens!

We are entering a period of great turmoil. During this period of massively distorted truth, the pawns become almost indistinguishable from the chess players.

While the age of heavy guns and hardware is ending, a new age of bio, cyber, and mind wars is just beginning. The concept of imminent risk and menacing danger is being reframed around non-intuitive, non-visible, and non-obvious threats.

Most countries are amping up their AI detection networks designed around making invisible threats visible. Every border crossing, international terminal, and port of entry will have growing levels of sensor, video, and audio detection and we will see an explosion of drone fleets, quickly turning into swarms to add coverage.

The goal will be that no germ, virus, bacteria, fungi, or protozoa will have the power to cross a border undetected.

Anyone crossing a border should expect the equivalent of a full cavity search, done imperceptibly, and without the human touch, using remote scanners, swarmbots, and AI networks.

So what am I missing? These are certainly challenging times and I’d love to hear your thoughts.