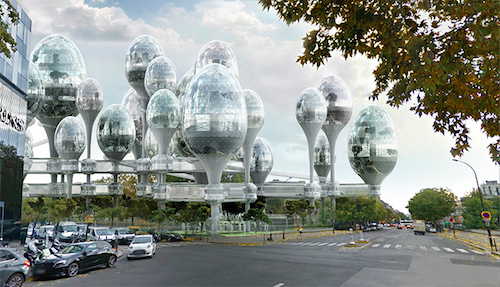 Cities are in trouble.

Never before have we seen such a massive convergence of technologies affecting cities as profoundly as we see today. Very few have looked at tech adoption rates as something to monitor.

The current retail apocalypse is just the tip of the iceberg as many cities in the U.S. are set to lose over 50% of their current revenue streams over the next couple decades.

At the heart of the problem is an overly complicated sales tax systems ill-equipped to bend, flex, and morph with the demands of our emerging culture.  But it’s far more than just sales tax revenue that’s at stake.

Traffic cops will give way to drone command centers, schools will have to prepare for the arrival of driverless students, and zoning laws will have to be completely reworked.

Cities have most certainly been through large-scale transitions in the past.

Yes, cities have many the tools at their disposal to make the necessary alterations, but most will need help, as they’ve never faced declining revenues like this before.

Cities tend to be strongly separated by function. Each area (fire, police, utilities, etc.) has their own budget and change tends to trigger fear, defensiveness and very often, interdepartmental turf wars.

Some will view this as the opportunity that it truly is, tackling the problems before they occur. But others, best described as the change-resistant majority, will be left far behind.

History will show this to be a great turning point with well-run cities not only rising to the challenge, but also tackling mega-projects that will define their place on the global stage. 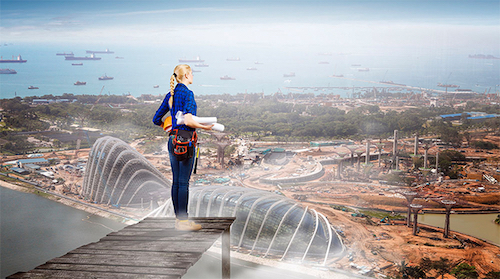 After traveling to dozens of countries, it has become clear that cities will need to establish their own priorities and plan their own approach. They pride themselves on their differences.

Consequently, there will be no one-size-fits-all solutions. Indeed, many will settle on similar “best practices” and find a number of common solutions, but each city will have make those determinations on their own.

The following questions are currently unanswerable, but will serve as a way of understanding the scope of changes on the horizon.

With hundreds of companies staking their future on driverless technology, it seems inevitable that we are moving into an era of fully autonomous vehicles:

3.    How long before we see driverless lanes and entire highways dedicated to driverless vehicles?

4.    What provisions will be necessary to accommodate bicycles, motorcycles, skateboards, joggers, and other physically active people?

5.    How long before we see the removal of traffic signs, stoplights, lane markers, etc.?

7.    What forms of transportation will always have drivers?

8.    How will all these changes affect sales tax collection in your city?

It’s important to begin thinking about how many industries get affected by driverless technology and their long-range implications.

12. What will happen to the price of gas, and the collection of gas tax, when consumers switch to electric vehicles?

13. With the transition to electric vehicles, all requiring frequent recharging, what addition loads will this place on our electric systems?

14. What changes will need to be made to highway infrastructure as we become increasingly dependent upon driverless systems?

15. How long until the last emissions testing center disappears?

16. How will Hollywood deal with “chase scenes” in the driverless car era?

Since a high percentage of every police force is dedicated to traffic control, often as much as 80%, we need to consider how this will affect staffing and revenue models for the future.

18. How will these changes affect the number of lawyers, judges, and DAs associated with traffic court?

20. What new kinds of vehicles will spring to life in the driverless era and how will cities manage them? 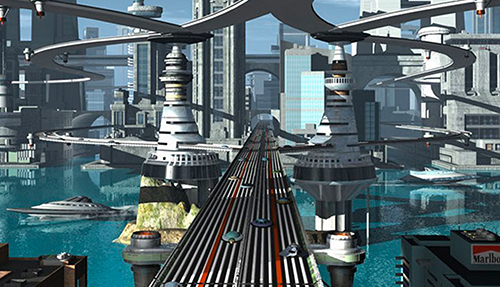 As e-commerce grows, and our frequency of online purchases climbs from once-a-week, to dozens of times per day, the amount of delivery services will increase exponentially.

21. How will driverless trucks change the transport industry?

22. What segments of the trucking industry will be the first to make the transition to driverless transport?

23. What percentage of the trucking industry will employ driverless technology in 5, 10, 15, and 20 years?

24. With fewer, possible no drivers, will the trucking industry become a cheaper form of transport than trains?

25. How long before we see conductor-less trains?

26. How long before we see fully automated mail delivery?

27. How long before we see fully automated transfer of cargo between trains, ships, planes, and trucks?

28. Will driverless technology ever become as safe as the airline industry?

If we start with the scenario that sometime in the future every major city will have 50,000 drones flying overhead on a daily basis, many questions come to mind.

29. What will the city’s responsibility be for managing these drones?

30. When it comes to privacy, how close can drones fly to a home, business, or person?

31. How will the city handle drone-related complaints such as noise, snooping, menacing, etc.?

32. What criteria will be used to determine if a drone is “menacing?”

33. At what point will people/authorities have the right to shoot a drone out of the air?

34. At what point will people/authorities have the obligation to shoot a drone out of the air?

35. How long before most cities have their own fleet of drones?

36. How long before most police departments have their own fleet of drones?

Search engines for the physical world

Recent improvements in scanning and sensing technology has given us the ability to create digital models of the physical world. As we expand surveillance capabilities, with fleets of scanning drones used to both image and analyze data on a near-real-time basis, we can begin to imagine a new kind of search technology, designed around searching the physical world.

37. What type of scans would instantly be viewed as an invasion of privacy? (i.e. seeing through walls, clothing, etc.)

38. How long before we can scan and find a specific person, car, or drone with this type of search engine?

39. How long before we can track a person in real time?

40. Who will have access to the technology and resulting data?

41. What are the privacy/security issues that will arise?

42. If police departments become tasked with doing stalker reports, does this become a new responsibility for cities?

43. If search engines can spot key vulnerabilities, such as system flaws and infrastructure failure points, who will have access to this information?

44. What are some of the unintended consequences from this technology?

The mobile food truck industry is paving the way for a much larger industry. Driverless mobile businesses, built on the frames of RVs, trucks, vans, and other large vehicles, will be reborn as traveling dental offices, tax preparation centers, hair salons, dog grooming parlors, chiropractic clinics, and retail storefronts. The number one challenge of traditional retail has always been driving customers to the store. As we move into a highly mobile marketplace, businesses can drive to where the customers already are.

45. With many overlaying and confusing taxing districts, how will merchants know the proper about of sales tax to charge for every new location?

46. Where will driverless mobile businesses be allowed to set up shop in each city?

48. How long before online sales reach 50% of all purchases in your city?

Emerging technology will take its toll on many existing businesses. Very often whenever a major business failure occurs, a city will be tasked with picking up the pieces.

Over the coming years we will see a number of extraordinary failures with complicated ownership issues in the background stalling redevelopment for decades. What provisions does your city have for managing the following kind of failures?

The City of the Future

Over 50% of the world’s population currently lives in urban areas, and that number will grow to 70% by the year 2050, according to the United Nations.

Today, there are 31 mega-cities – metropolitan areas with more than 10 million people – like Tokyo, Seoul, Delhi, Shanghai, Mexico City, Istanbul, Sao Paulo, Los Angeles, Moscow, and Cairo. By 2030, the UN predicts, there will be 41.

As the number of city dwellers rise, so do problems like overcrowding, pollution, housing shortages, and aging infrastructure. But with problems come opportunity and many cities will use this as an opportunity to leapfrog forward.

Gone are the days where people are impressed by projects costing $10-$50 million or even $100 million. We are witnessing an explosion in the number of $1 billion+ projects with many now exceeding $100 billion. Megaprojects are set to triple over the coming decades.

59. What are some of the mega-projects that will define the truly great cities of the future?

60. Is further urbanization a good thing or a bad thing?

61. What are the key components of urbanization that will demand the most attention?

63. Will it be possible to retain current city employees and retrain them for new positions? What type of retraining will be necessary to make this happen? 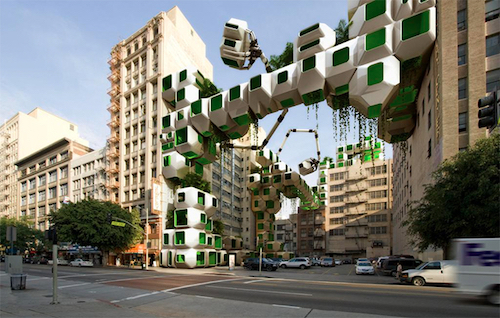 Rest assured, we’re only scratching the surface with these questions.

Each is designed to be a conversation starter. Even though the answers, for the most part, are unanswerable, every conversation will create a growing level of awareness, and taking appropriate action will not be far behind.

The role of the city is changing. While many are heavily invested in the near term race to label themselves a “smart city,” far greater challenges lie ahead.

Even though much of today’s technology is giving us super-human abilities and virtually everyone can now think-faster, know-faster, and do-faster than ever before, every new technology requires skills, talents, and understandings that are hard to quantify.

The people of the world have an “unfinishable mandate” to continually stretch, grow, propagate, and master not only the world around us, but also the entire universe. And it all begins with rethinking our cities.