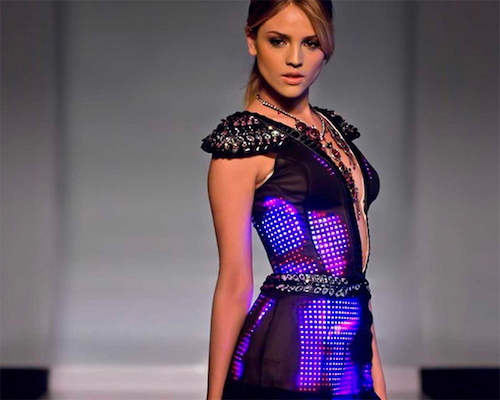 The fashion industry is only now waking up to the potential of haptic clothing that offers wearers a form of kinesthetic interaction between their bodies and their clothes.

The amount of communication that can happen through our sense of touch has long been overlooked because we didn’t have the micro technologies for both producing and testing the subtle tactile feedback loops needed to make it feel natural.

However with the emergence of nano-sized sensors, tactile stimulators, flex-gripper fabrics, and ultrasonic arousal pads we are now on the cusp of producing fully interactive clothing.

Over the past couple years we’ve seen an explosion of startups focused on smart haptic clothing: 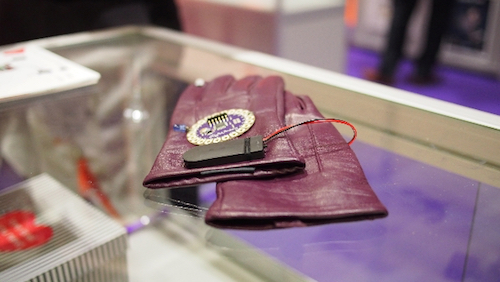 If you ask the average person on the street if they want haptic clothing, 99% will say no. But that’s like asking someone if they would prefer nylon over rayon. They know very little about it.

Eventually the technology becomes invisible and somehow it just feels better. With a little A.I. the clothing learns who you are, understands your pressure points, and simply learns how to be an extension of your own body. All other clothing will seem foreign.

Wearers won’t want to know how it works, just that it does. 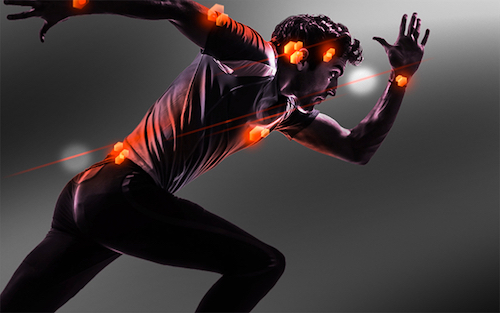 Over time haptic clothing will become the memory behind muscle memory, the speed behind speed walking, and the snuggle behind snuggling in.

It will anticipate your needs and complement your desires. It will enhance your performance, promote your strengths, and give you super powers.

With enough uses, haptic clothing will know you better than you know yourself. It will tell you what to do, when to do it, and how to get there.

It will allow you to enter the body of someone else, and feel what its like to be that person on a moment by moment basis.

It will become your lie detector, your bullshit detector, and your truth filter.

It will tell you when you’ve reached your limit, when to say no, and even say “no” for you when you’re no longer able to.

Haptic clothing will take you to places you’ve never been, be your guide on every adventure, and offer you new forms of protection you never thought possible.

If Dr. Seuss were alive today, his next book would be about the “Fraptic Loathings of Haptic Clothing.”